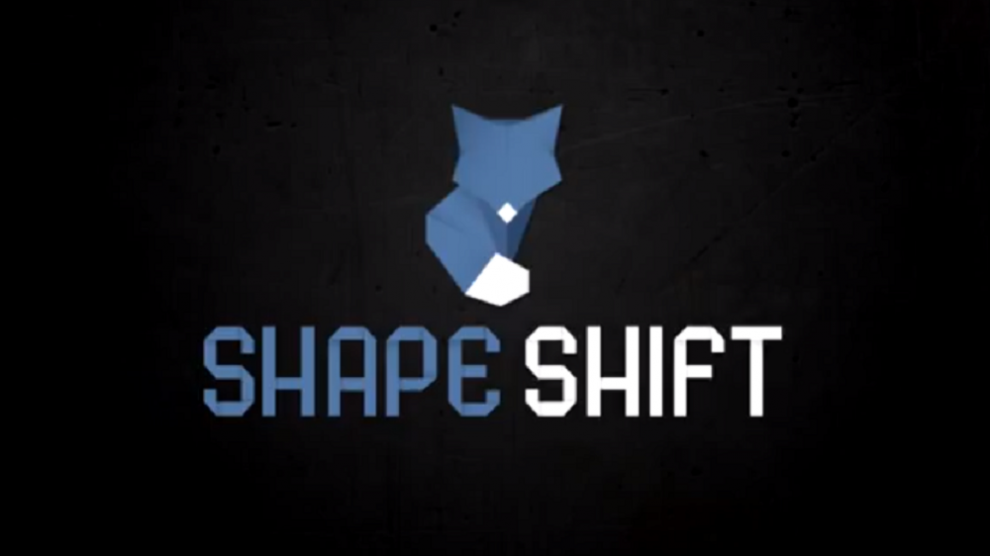 In a blog post earlier today, Eric Voorhees, CEO and founder of cryptocurrency exchange, ShapeShift announced that the company had laid off a third of its staff.

In the post titled ‘Overcoming ShapeShift’s Crypto Winter and the Path Ahead, Voorhees clarified that 37 people were laid off today.  Voorhees expressed the difficulty of the decision and stated:

“Today, ShapeShift felt the bitter frost [of the cryto winter]”. . .”Crypto, like the moon we strive toward, is a harsh mistress.”

He clarified that the soaring highs and profound market lows of cryptocurrency have become a feature of the sector.  During the ascents, the sector rides high and fast.  That was also ShapeShift’s experience when it grew by 3,000% in 2017.  However, a crypto downturn – or ‘crypto-winter’ as it is being coined on this occasion – is equally as dramatic in terms of its severity.

Voorhees said that to those that have been in the space for some time, there is no surprise anymore in the peaks and troughs.  Notwithstanding that, he feels that knowing the cyclical nature of the market still doesn’t fully prepare people in the industry to deal with these profound dips.  He referred to the experience as a continual “lesson in humility”.

On that theme, and also in the context of market exposure, the company CEO had this to say:

“As a company, our greatest and worst financial decision is the same: to embrace substantial exposure to crypto assets.  Much of our balance sheet is comprised of them.  We accept the volatility, we accept the risk.”

Clearly, it is a painful time for crypto-related businesses when their revenues are so closely associated with the fate of cryptocurrency yet their outgoings are likely to be in FIAT.  Before the holidays, blockchain software technology company, Consensys cut its workforce.  A month previous, decentralized publishing and content distribution platform, Steemit also laid off staff.  Steemit CEO Ned Scott referred to precisely those cost sensitivities between FIAT expenditures and cryptocurrency revenues amidst the backdrop of a tough bear market.

In attempting to pull positives out of an unpleasant situation, Voorhees said that the company would learn from mistakes made.  One such mistake, he believes, is the fact that the company pursued too many projects, spreading resources too thin and in the process, losing focus.  Ultimately, he thinks that the entity as a whole was not equal to the sum of its parts as a direct consequence.

He feels that people management, structure and communication were lacking within the organization for quite some time.  His view with hindsight is that this was the case as far back as 2017 but that the soaring bull market camouflaged those deficiencies.

These unsound company fundamentals combined with the 2018 bear market to create the perfect storm for the company – resulting in today’s layoffs.  Additionally, the company had to contend with an investigation carried out by the Wall Street Journal alleging that the proceeds of fraudulent activity had been funneled through the company.

However, from a community perspective, the main gripe was the introduction of Know Your Customer/Anti-Money Laundering policies which meant that despite ShapeShift being a crypto to crypto exchange, customers had to register and be verified in line with these regulations.

It’s thought that Voorhees felt obliged to implement these measures due to potential exposure in terms of the oversight of the Securities and Exchange Commission (SEC) and other U.S, authorities.  This development angered many and when Voorhees tweeted news of the layoffs earlier today, many commented that this measure is likely to have had a major impact on the current fortunes of ShapeShift.

Jesse Powell, CEO of one of the Worlds biggest cryptocurrency exchanges – Kraken – also tweeted and was more upbeat and supportive: 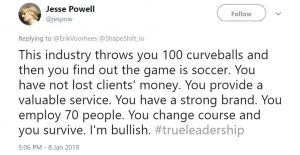 Voorhees also expressed some optimism for the future for ShapeShift and the space generally.  Many commented on his twitter post that the current adversity offers ShapeShift and others the opportunity to emerge as a stronger entity.  This mirrors the thinking of ConsenSys’ Joe Lubin.  At the time of its layoffs, he stated:

“We must retain and in some cases regain, the lean and gritty startup mindset that made us who we are”.

It stands to reason that in the heady days of a tumultuous bull market, bad practices would have crept in.  This bear market offers the opportunity for the good projects to re-establish best practices and to weed out less worthy projects.  What should emerge is an industry that comes out the other side with a more robust and credible status.