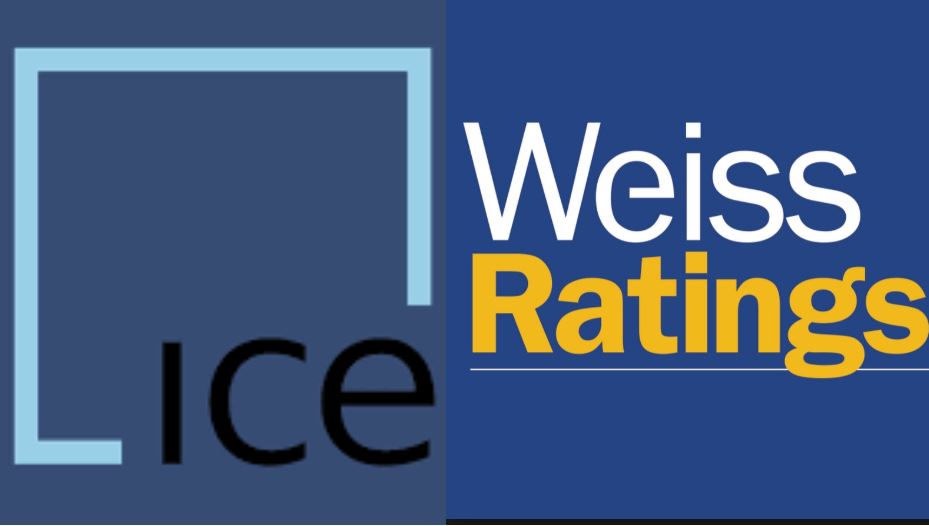 2018 has been a disappointing year for the cryptocurrency market, underscored in recent weeks with significant price falls.  Times like this lead to a consideration of the strength of the cryptocurrency industry.  With that, the next significant milestone in the development of the market is the entry of Bakkt which is expected towards the end of January 2019.

Dr. Bruce Ng is an expert in the field of digital ledger technology (DLT) and cryptocurrency analyst with Weiss Ratings.  Weiss Ratings have become the first ratings agency to rate cryptocurrencies.  Ratings are updated weekly and determined on the basis of various data points which consider investment risk, investment reward, technology and real world adoption. Earlier this week, Dr. Ng published his thoughts on the effect the arrival of Bakkt may have on the market.

Bakkt is a new entrant on the market, owned by Intercontinental Exchange (ICE), who in turn own the New York Stock Exchange (NYSE).  Whilst it was initially scheduled to launch this month, commencement of service has been delayed until January 24.

It plans on bringing cryptocurrency futures to the market – starting with Bitcoin but the company has expressed an interest in offering other digital assets by way of futures.  Bitcoin futures are nothing new.  We’ve had them since late last year through CBOE and CME.  However, Bakkt is believed to be a far more significant development for the underlying cryptocurrency market as unlike the offerings from the two Chicago based exchanges, Bakkt will offer physically settled futures contracts.  This means that there will be a need to go out onto the market and physically buy Bitcoin.

The depth of its product offering doesn’t stop there.  Its platform provides for  scalable cryptocurrency trading in the case of institutions.  Furthermore, it facilitates a regulated custody service for the secure storage of Bitcoin – something that is essential if institutions are going to fully commit to investment in the cryptocurrency space.

Bakkt have partnered with Starbucks and Microsoft with a view towards allowing consumers to pay indirectly with crypto for day to day items such as a Starbucks coffee.  This aspect of its service offering will be rolled out as phase 2 of the project.  Bakkt plan on using Microsoft’s cloud solutions to permit consumers to buy, sell, store and spend cryptocurrencies on a global network.  In relation to Starbucks, through this partnership, its customers will have a means through which to convert cryptocurrency to U.S. dollars and then make purchases.

Starbucks involvement is seen as a mechanism to tap into the millennial customer demographic – the drivers of the mobile economy – whilst integrating Bitcoin into a real world day to day transactional environment.  The global coffee-house phenomenon is the leader in mobile app payments in the United States with 23 million users – more than Apple Pay or Google Pay.  Those 23 million users won’t be using Bitcoin to pay at Starbucks directly – presumably because of the current volatility of the currency.  However, 23 million consumers will be exposed to the cryptocurrency in a way that they never had been before.

Amid the proposition of this market offering, Ng speculates as to the likelihood of this setting off the bull market in cryptocurrency which so many interested in the space want to see return.

His consideration starts with recognition of the strength of the big names behind the project.  ICE as owners of Bakkt are one of the most trusted institutions in the financial services world.  Its depth doesn’t stop at just ownership of the NYSE.  It also owns ICE Data Services, SuperDerivatives, TMC Bonds, The Clearing Corporation and the Singapore Mercantile Exchange and others.  Its reputation in the industry is pristine and whilst employing in the region of 5,000 people, it posted revenues of $5.8 billion last year.

In addition to that, Ng recognizes that Starbucks could play a significant role in stimulating adoption at an average consumer level.  There is potential for Microsoft to implicate Microsoft Pay in the partnership, integrating it with Bakkt.  Another cogent partner is provided by way of Boston Consulting Group.  Their involvement, as a consequence of their links with Fortune 500 companies, may lead to more widespread adoption of the Bakkt platform at this level.

Ng recognizes the significance of Bakkt’s futures product being physically settled.  This means that Bitcoin bought on Bakkt will be added to custody and vice versa – having a real world effect on cryptocurrency demand and therefore, the underlying price of the cryptocurrency.

Ng feels that the contract size of 1 Bitcoin will be attractive to institutions and lead to high trading volume.  In preparation for the launch of futures contracts in January, Ng speculates that Bakkt are about to start buying Bitcoin shortly to facilitate that.

It’s not all one way traffic in consideration of the likely effect of the arrival of Bakkt on the market.  Many have expressed the view that crypto derivatives are bad for the market.  Following the launch of Bitcoin futures through CME and CBOE late last year, many in the cryptocurrency community feel that those contracts in part are to blame for the bear market that has followed in 2018.

The difference in this case is that Bakkt’s product is physically settled.  However, that doesn’t necessarily guarantee that such a derivative will not have a negative effect.  Immediately following the Bakkt announcement in August, Caitlin Long, Wall Street veteran and more recently a figure in the blockchain and cryptocurrency industry, was the first to flag such a potential issue.

Long claims that there is a potential that Bakkt could bring about a fractionally reserved Bitcoin marketplace where Bitcoin is leveraged in the parceling up of the digital asset.  Should this eventuality arise, there would be a definite irony given that Bitcoin was conceived as a solution to the 2008 economic crisis.  That crisis was brought about through the leveraging of assets and a fractionally reserved banking system.  For that reason, the cryptocurrency was designed to have a maximum circulation of 21 million Bitcoin.

In October, Bakkt CEO Kelly Loeffler addressed this issue and stated that leverage and rehypothecation (the practice of using clients assets as collateral) were misconceptions with regard to Bakkt’s offering and that the company had no intention of pursuing such a policy.  However, as Ng points out, what is to stop other derivatives products arriving on the market with their backers carrying out this practice?

Despite that, Ng is enthusiastic about the arrival of Bakkt:

“It’s hard to imagine a scenario in which Bakkt will NOT open the floodgates for large institutions to buy crypto.  And the consequences are potentially far reaching”, he states.

Among those consequences is a much larger trading volume.  Through CBOE and CME, current Bitcoin futures daily volume amounts to 9,000 BTC as opposed to a volume of 1.6 million BTC on cryptocurrency exchanges.  Ng feels that institutional volume could grow exponentially to a point where it rivals or even surpasses that of cryptocurrency exchanges.  Furthermore, he anticipates that institutional investors may switch from over the counter (OTC) trading markets to the Bakkt platform – providing more liquidity and with an expectation of less volatility as a consequence.

The cryptocurrency industry has been waiting on the approval of the first cryptocurrency based exchange traded fund (ETF) throughout 2018 with the expectation that such an eventuality would be a fillip for the market.  That has proven elusive and is underscored by the Securities and Exchange Commission’s (SEC) decision yesterday to push back a decision on one such application until February 2019.

The SEC has stated previously that it won’t approve such ETF’s as pricing information in cryptocurrency cannot be trusted and that there is over-reliance on futures markets.  Ng believes that Bakkt could resolve both of these problems – paving the way potentially for cryptocurrency ETF approvals in 2019.

Most institutions have stayed away from cryptocurrency because of security concerns with regard to its storage.  Bakkt resolves this problem through its provision of custody.  Additionally, Ng feels that Bakkt will lead to more progressive regulation with regard to security tokens, bringing security tokens into the mainstream.  This will result in more corporate issuers raising capital via Initial Coin Offerings (ICO).

Whilst warning that there is no guarantee we will see an upsurge in price in the short term, Ng ends his discussion on a positive note:

“Projects like Bakkt could greatly enhance the liquidity, stability and overall size of crypto, helping to create a multi-trillion dollar global marketplace unlike any we’ve seen before”.