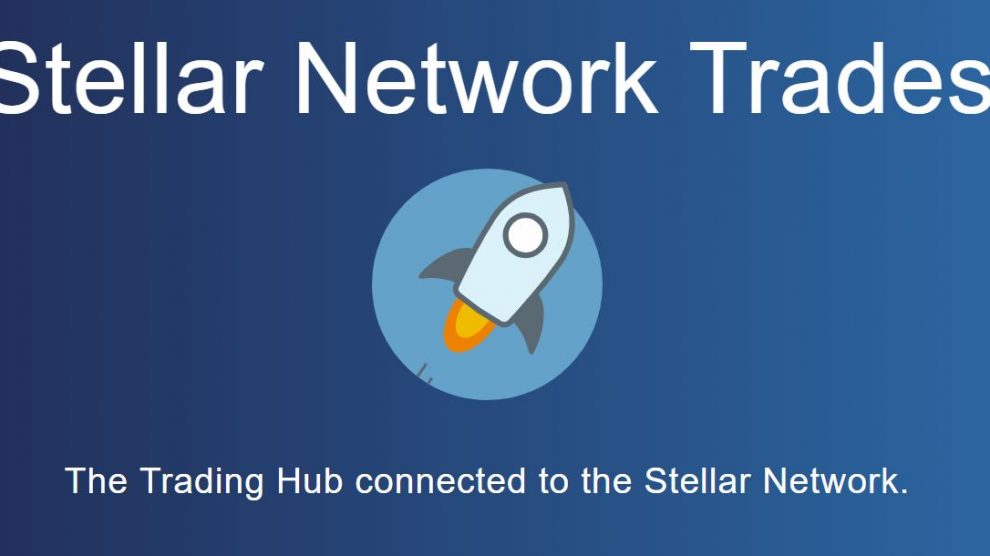 At The Bitcoin Mag, we also have the opportunity to look at developing projects that are at an embryonic stage.  This provides the scope to ascertain the solutions that are emerging in the industry.  With that, we took the opportunity to talk with Wes Henshall of Stellar Network Trades.

Henshall has established Stellar Network Trades to act as a peer to peer cryptocurrency exchange that allows its users to connect to the Stellar network.  The company acts as an ‘anchor’ – which essentially means that it is a point of trust on the network.  All transactions on the Stellar network (with the exception of the native token – Stellar Lumen) occur in the form of credit issued by an anchor.  Therefore, anchors act as the conduit between existing currencies and credits issued on the Stellar network itself.

Ultimately, Stellar Network Trades will issue the user with the equivalent credits for any asset of their choice.  For example, the user deposits $50 USD and receives $50 USD credits on the Stellar network which he/she is free to trade at will.  The power of the Stellar network is its ability to facilitate the tokenization of virtually any currency or asset easily and inexpensively.

Henshall’s project is in Beta testing right now.  However, it is interesting, not just in terms of building upon the Stellar network which should reduce the friction in cross border and cross currency trading.  Stellar Network Trades shows promise in addressing some long standing problems with cryptocurrency.

The short history of cryptocurrencies to date has taught us that security surrounding crypto is an issue.  From the infamous hacking of Mt.Gox in 2011 to the multi-million dollar hacks of Coincheck, Bitgrail and Coinrail in early 2018 and many other instances in between.  Exchanges are centralized and with that, private keys remain a vulnerability.  As a reminder that the industry has yet to overcome the problem, in recent weeks New Zealand based exchange, Cryptopia, disclosed that it had suffered a major hack only for the same to happen again some days later.

From the point of view of the end user, there is a lot of responsibility required in holding your own keys and coins – particularly for the less tech savvy.  Henshall wants to solve this security issue whilst also making the process more user friendly.

With this in mind, he has devised a system, the user interface of which is provided for through stellarnetworktrades.com .  Private keys are encrypted and sent to an independent external server along with a secret pass-phrase (which has been set by the user) and a token is returned.  In order to gain access to the private key, you have to have the secret pass-phrase, the token (which resides on a company server) and an additional token that’s on another server (held by a company who’s only function is to provide that token).

Most importantly, private keys are not stored by Stellar Network Trades.  It only stores one of the tokens required to access the key.  Henshall explained:

Centralized exchanges are seen as a point of weakness in the industry.  The future seems to have a place for decentralized exchanges – albeit that there is a volume of work to be done on that front before we are likely to see completely secure decentralized solutions and subsequently, sufficient liquidity and ultimately, take-up amongst crypto users.  However, Henshall’s solution does appear at least to address one significant vulnerability of centralized exchanges.

“I feel it will be extremely hard to hack”, Henshall added.  “This has been one of the challenges I’ve wanted to solve…so that I can say, ‘hey, you can safely store your money here’”.

The use of a pass-phrase also makes the approach more user friendly whilst Henshall’s server only allows a limited amount of pass-phrase entry attempts per day.

Henshall feels that Stellar offers far greater potential for solutions like this when compared to Bitcoin.  Stellar transactions are fast and inexpensive whereas Bitcoin has had issues with both of these aspects.  He sees enormous potential in the Stellar network.  Whilst the network provides a platform to trade any conceivable asset, the company plan on starting out with USD credits in the first instance.  Henshall sees tremendous upside for users, facilitating people to on-ramp and access the Stellar network so that they in turn can use their US credits to pay someone internationally in a currency or asset that best suits the receiver.

In simple terms, Stellar Network Trades – acting as an anchor – extends a trust line to a new user.  The user deposits USD with the company and in return is matched with a seller who provides the user with the equivalent amount of USD credits on the Stellar network.

The project is at an embryonic startup phase.  Henshall’s current focus is to on-board users and increase the user base.  To that end, the company are not charging any fees on trades as an incentive to new users.

Aside from the obvious improvement in terms of security, Henshall has also been inspired by the LocalBitcoins model.  However, he feels that his network can achieve all that Local Bitcoins does – but better.  Fees on the Stellar network are negligible and transactions are fast.  Naturally, to sustain the business, a fee element will be introduced at some point.  However, Henshall maintains that it will be considerably less than the fees charged on Local Bitcoins. Furthermore, in facilitating users in accessing the Stellar network, this will bring additional advantages in the future as the broader network expands and matures.

The Toronto based entrepreneur explained that trading will be facilitated worldwide – with clients funds on-boarded via credit card.  The transaction process is automated such that the user can set the price of their trade request.  It automatically gets allocated to a seller and once/if the seller accepts the trade at that price, funds are automatically transferred to the seller whilst USD credits transfer to the crypto-wallet of the buyer.

Henshall’s inspiration for the project was borne out of his own need to buy cryptocurrency.  The considerable friction experienced in that process led him to believe that there must be a better way.  Once he saw the potential in the Stellar network, together with a concept for improved security, he felt that he could provide a more customer centric, improved offering.

The bear market in cryptocurrency has overshadowed the space over the past year.  However, work being carried out by the likes of Henshall are proof positive that the innovative fundamentals within the space are sound as the people behind the technology continue to build out the ecosystem.