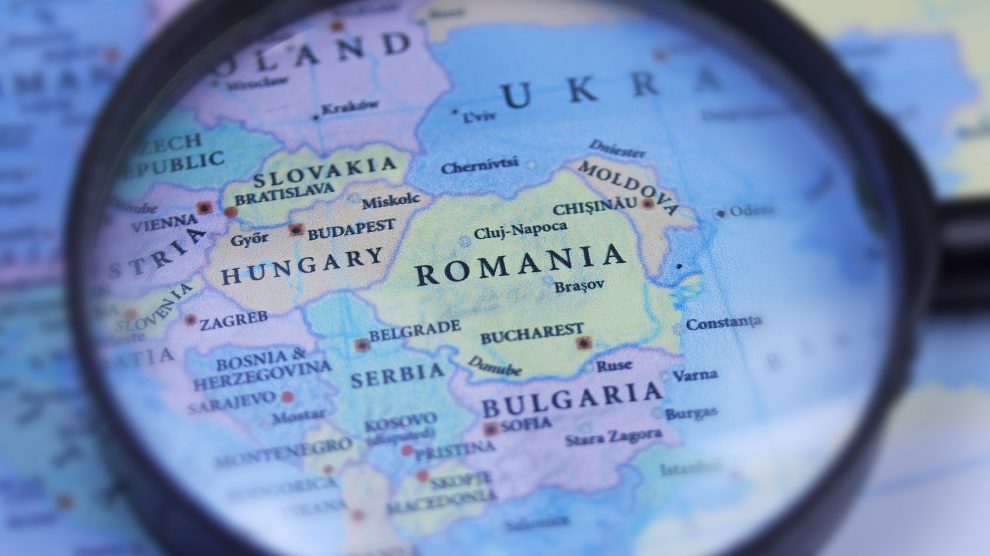 Regulation of cryptocurrency worldwide is still in its formative stages. However at the same time the terms crypto, blockchain and ICO are beginning to resound louder across the globe. This new digital currency reality has coincided with an abundance of companies beginning to look into the benefits of cryptocurrencies, and an increasing number of large-scale crypto networking events to match.

Still a relatively new concept, however, cryptocurrencies continue to draw the attention of government bodies around the globe which has led to regulatory efforts in a number of countries. Eastern Europe is no different and with that in mind, we take a look at the current status of regulation and approach to cryptocurrency being taken by the various governments in the Eastern European States.

Bulgaria’s current position with regard to cryptocurrency regulation is to mirror that of the European Union.  In a statement released in February, the National Bank of Bulgaria clarified that it was taking the same position as the European Standards Authorities in relation to cryptocurrencies.  Back in 2014, the country’s tax authorities ruled that taxes were payable on any gains from trading cryptocurrencies and the following year, a Bulgarian court ruled that activities related to buying, selling and paying with cryptocurrency is not subject to a licensing requirement.

The Czech Republic has taken a progressive approach towards cryptocurrency from the outset.  In 2015 the Czech National Bank clarified that trade involving crypto was not subject to regulation with the exception of any current or future European Union regulation pertaining to crypto. Subsequently, they have revisited that subject but only to apply the mildest of regulations to deal with money laundering.

Despite this, the legal status of crypto is not clearly defined in the Czech Republic. In a statement in February, Mojmir Hampl – Vice Governor of the Czech National Bank – stated that they were taking a liberal approach to crypto, with neither measures to help nor hinder digital currency.

Clarification in relation to the status of cryptocurrency in Hungary emerged last month when the country’s Finance Ministry released a statement on the matter.  Essentially, the authorities don’t recognize cryptocurrencies as legal tender at this time.  However, efforts are currently being made to produce a regulatory framework to define the position of cryptocurrencies in the country.

A more friendly approach to cryptocurrency will be welcomed by those working in the sector.  Hungarian cryptocurrency Korona launched earlier this year from a more crypto friendly Zug, Switzerland rather than their home country.

Poland’s approach to cryptocurrency has been far from positive with a failure to deal with financial institutions closing accounts related to crypto trading and their Central Bank funding an anti-crypto advertising campaign followed up with a similar effort from the Financial Supervision Authority (KNF).

In April, the Polish Finance Ministry published an interpretation of national tax code as it applied to cryptocurrency.  This involved taxing crypto-to-crypto transfers at the standard income tax rates – a move that outraged the Polish crypto community.  A Bill was published last month to bring clarity to the issue of taxation as it applies to cryptocurrency.  The new Bill proposes that inter-crypto transactions will be tax-free. Otherwise, annual income tax rates of 18% & 32% will apply.

Romania has moved in recent months to regulate cryptocurrency within the State – having produced a draft of an electronic money law earlier this Summer.  Published by the Romanian Ministry of Finance, the proposed law stipulates the conditions that must be met by an issuer of electronic money.  Contained within the ordinance are vetting measures and minimum capital requirements amongst other criteria.

The country is largely positive in it’s approach to cryptocurrency with the Romanian Minister for Business, Commerce and Entrepreneurship – Ilan Laufer – having previously stated that the cryptocurrency market was one with a special dynamic.

The earliest position taken by the Slovakian authorities in relation to cryptocurrency stems from a statement made by the National Bank of Slovakia in 2013.  At that time, they set out that cryptocurrencies were not to be treated like national currencies and furthermore, the generation of any such currency would be deemed to be a criminal offence.

Earlier this Summer, there were indications that this negative approach to cryptocurrency was being maintained when the Slovakian Central Bank was reported to have asked the country’s commercial banks to withdraw services provided to crypto companies and those trading in crypto.

In March of this year, the Slovakian Ministry of Finance clarified that revenue generated from the exchange of a cryptocurrency for another digital currency, an asset or a service would be subject to taxation.

In the case of Slovenia, their approach to the regulation of cryptocurrency has been more progressive than most – aspiring to establish a stable legal framework to facilitate the development of the new technology.  Slovenia classifies cryptocurrencies as virtual currencies. Consequently – In terms of taxation – Slovenia is kinder on crypto than most States.  Only crypto mining income is taxable whereas capital gains tax does not apply to the trading of cryptocurrency.

As it stands right now, cryptocurrency remains unregulated in Ukraine.  However, there are signs that they are moving closer towards defining the status of cryptocurrency in the country.  Earlier this Summer, Alexei Mushak – Member of the Ukranian Parliament – took to Facebook, providing a link to a draft ordinance setting out the regulation of cryptocurrency in Ukraine.  In the post, Mushak asks for comments on the proposals from the Ukrainian crypto community.

With regard to taxation, in a recent interview with Ekonomicheskaya Pravda, Ukraine’s Deputy Finance Minister Sergey Verlanov suggested that an income tax rate of 19.5% applies to earnings related to cryptocurrency regardless of the fact that there isn’t currently a firm set of regulations in place in relation to digital currency.

Additionally, the Financial Stability Council of Ukraine were supportive of crypto regulation proposals suggested by Timur Khromaev – Head of the National Securities and Stock Market Commission (SSMCS) – in July of this year.

In terms of cryptocurrency mining activities, officials from the State Service for Special Communications and Information Protection of Ukraine indicated earlier this Summer that they have no plans to license cryptocurrency mining in the country.  Up until this recent statement, crypto mining operations in Ukraine were carried out discreetly due to the risk of incurring a substantial fine or the confiscation of equipment.

Three attempts have been made in the past to get legislation passed through the Ukrainian parliament to regulate cryptocurrency.  Albeit that these previous attempts have failed, it appears that Ukraine is inching closer to putting a clear framework in place.

What does all this mean?

Never has there been a better time for a company to launch in Eastern Europe. What awaits entrepreneurs is an abundance of talented developers, bustling startup scenes and a wider network that binds CEE as an area-wide startup ecosystem itself. A number of cities already boast companies that are using cryptocurrency and blockchain to further contribute to the area’s development.

Despite the fluctuating nature of cryptocurrency, a number of Eastern European government appear somewhat positive to the idea of digital currencies. It remains to be seen however what the benefits of government regulation will be, and whether it has the potential to propel cryptocurrency use into the mainstream.

Yaniv Feldman on the traditional vs crypto economies: “We need to make both sides understand that they can’t just disregard each other”

Explainer: Price and market cap are important, but so is trading volume

Explainer: The difference between coins and tokens