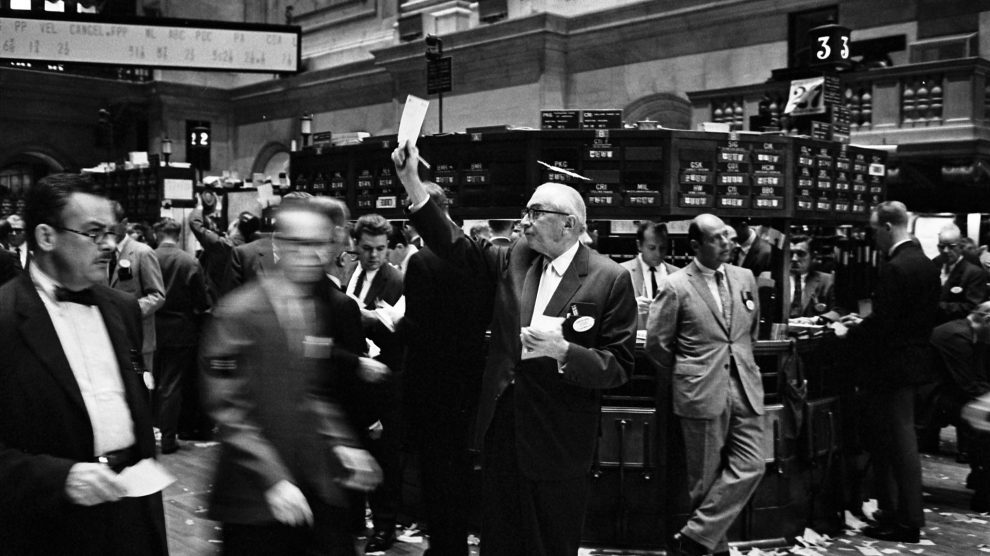 The cryptomarket is beset by two foibles; on the one hand there are some very inexperienced investors airing half-thoughts and pseudo-truths, and on the other it uses traditional measures (like market cap) but moves in different ways to traditional markets.

Betwixt these two, and a third pillar of applicable pre-existing paradigms – like the relationship between supply and demand – must lie some new, reliable assumptions. And though many claim to be in-the-know on such matters any assertions should be handled with the requisite level of salt, which is never less than a pinch.

It’s worth stating the simple but immovable goal here: to understand current market behaviour, in order to predict future market behaviour. The follow-up question is ‘how far into the future are you looking?’ A question which induces the most frustrating answer in the history of answers: ‘it depends’. But it does depend, on investor intent, the reasons the market is moving, the level of movement, and much else besides.

However, underneath it all there must be some fundamental principles which can be appealed to. For example, I think we can all safely ignore anyone who spends time drawing lines on graphs on the basis that they’re either highlighting the blindingly obvious or trying to pass subjectivity off as objectivity. Or both. But of the traditional market metrics – price, market cap and trading volume – there are both traditional and new interpretations.

These are the unignorable two. Price dictates how much money you just earned or lost, and market cap is the ultimate worth applied to the entity in question by consensus. Market cap is, simply, the price of the coin multiplied by the number of coins in the market. So if you take two cryptocurrencies, both worth $100 per coin, but one has 100 coins in the market and the other has 1,000 then the former would have a market cap of $10,000 and the latter $100,000.

This is vital in the crypto-world because while crypto price moves according to demand (confidence) in much the same way a share price does, the number of coins in the market does not move in the same way the number of shares in the market does. It is possible to introduce more shares to the market but this involves lots of tightly regulated filings, legal documents and announcements. Cryptocurrencies, on the other hand, release new coins to the market in various ways depending on how they’re set up.

Most have a limit of how many coins they will ever release, Bitcoin has set it’s limit at 21 million coins, of which under 17 million have so far been released. But the release mechanisms may vary and so might the flexibility of each coin. Some cryptocurrencies release a regular number of new coins to the market at regular intervals, for others it’s based on buying patterns. Equally, for most coins there is a single identifier which means that if some coins get burnt, for example, they can be put to one side never to be used again. Other coins are completely interchangeable making it impossible to identify any one of them.

These are all characteristics alien to the stock market. And they mean that coins can be introduced or removed from the market – thus diluting or concentrating the market cap – for a number of different reasons. In essence this means the number of coins a cryptocurrency has in the cryptomarket changes more regularly than the number of shares a company has in the stock market. It’s an added thing to keep an eye on.

So while Ripple might seem cheap and like it might have an easy time rising in price, as an entity it’s already worth a lot but it’s worth is diluted amongst a lot of coins. But then that could change if they introduced a different strategy for coin circulation.

Unlike price and market cap, trading volume offers a more tangible measure of market behaviour. Trading volume refers to how many coins are being traded at a given time, usually presented as the last 24 hours. And, unlike the other two measure, there are far fewer question marks over what’s happening. If price goes down it could be because more coins are introduced to the market or because some country somewhere just banned the cryptocurrency. But if trading volume goes down it is unequivocally because fewer coins are being traded.

Trading volume, then, adds a dimension which the other two metrics don’t. That being said, it’s useless in and of itself, but it can provide good insight into the market, which we can demonstrate with a couple of examples. Scenario 1 is where the price of a coin goes up (let’s assume the number of coins stays the same, so this is a genuine increase is worth), let’s say there’s no increase or decrease in trading volume. This means that of the people who are trading are all willing to pay more for the coin, but there is no change in the number of coins being traded. So we can deduce that whatever is pushing the price up is not causing any increase in the number of coins these traders are willing to buy or sell, and not causing any increase in new traders entering the market. Thus, whatever is pushing the price up can’t be that big a deal, certainly not big enough to cause a change in trading activity. This might be a pitch worth watching as it sails by.

In scenario 2 the price of a coin goes up and the trading volume goes up (again assuming all else is relatively stable). This means that whatever is pushing the price up is a big enough deal to get traders buying and selling in greater quantities, or to get previously dormant traders to start trading. This might look like more interesting news, a more genuine price increase and perhaps more likely a pitch worth taking a swing at. The logic of scanerio 1 and 2 works in the same way for a price decrease: an increase in trading volume is theoretically more likely linked to genuinely substantial news.

That being said, and as a caveat, this is obviously no guard against a bubble. It is still a portrayal of investor behaviour, so if investors genuinely believe something inaccurate no amount of metrics can guard against that. But it can be useful for day trading and certainly streak trading. Over the last few days Bitcoin’s price has been decreasing, and the localised bouts of price decreases have been accompanied by slight increases in trading volume. Whereas the rises that Bitcoin’s been on over the last week or two have seldom been accompanied by increased trading volume.

Make of that what you will…

** The Bitcoin Mag is dedicated to news and punditry and maybe some fun along the way, but nothing published on the site should be considered investment advice in any way, shape or form**

Yaniv Feldman on the traditional vs crypto economies: “We need to make both sides understand that they can’t just disregard each other”
The CFTC and SEC Cryptocurrency Senate Hearing wasn’t actually that great for cryptocurrencies