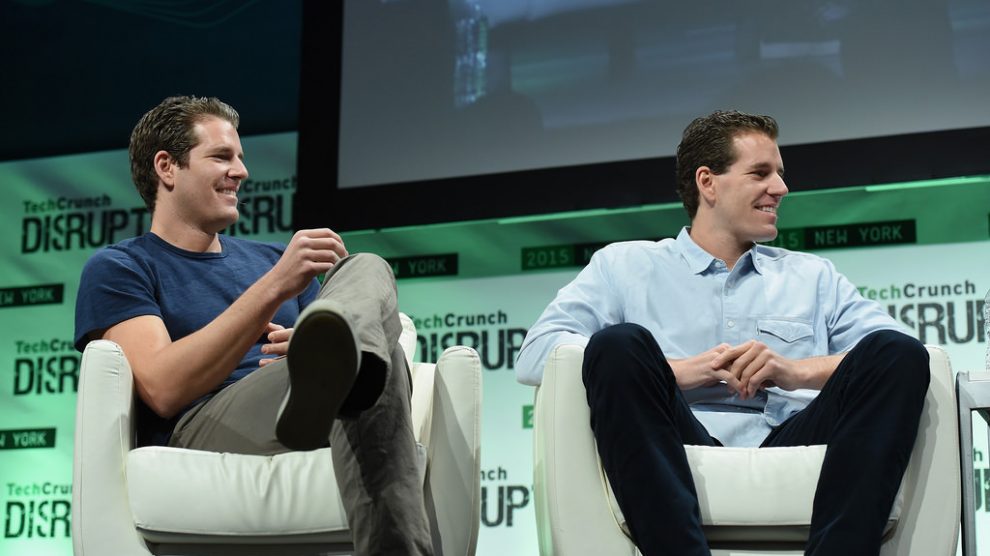 Harvard graduates and former rowers in the Beijing Olympics, Tyler and Cameron Winklevoss are the identical twin investors who not only became characters in the film The Social Network but also two of Bitcoin’s first billionaires, before swiftly losing the status following the recent plunge in the currency.

The pair grew up in Connecticut and have often spoken about their upbringing and family life being heavily entrepreneurial before studying Business at Harvard and taking a year at Oxford University.

It was during their studies in 2002 that the pair pioneered a social platform ConnectU, which much like other competitive social media sites allowed members to share information, add friends and comments. Having claimed that Facebook CEO, Mark Zuckerberg, had actually stolen their idea for Facebook, the successful lawsuit which followed resulted in a $65 million payout for the brothers in 2008. Of that amount, $45 million was in Facebook stocks and has also substantially grown in value since the legal battle ended.

It was at this point that the brothers chose to invest in Bitcoin and in 2013 they were reported to have secured a 1% hold of the overall cryptocurrency – at a time when the coin was valued at $120.  It was announced in December 2017 (when the Bitcoin was worth around $11,247) that the Winklevoss twins were valued at $1.3 Billion.

Since their investment and having watched the currency balloon in worth, the pair decided to build a cryptocurrency exchange called Gemini which now handles over $300 million per day and is reportedly one of the few places where people can sell their cryptocurrencies. Their belief, unlike many involved with cryptocurrencies, is that for the currency to flourish an element of regulation needs to be maintained. They talk about their exchange as ‘a regulated bridge that connects the islands of cryptocurrency with the mainland of finance and Wall Street’, in an attempt to ultimately bring Bitcoin into the real world. It is perhaps the inevitable regulatory services and thus greater transparency that will eventually be imposed on such cryptocurrencies, which the twins see as the necessary weight which will then lead to a rise in the Bitcoin value again.

Now 36 years old, it has been reported by The Times earlier this year that their fortune has dropped by 37% following the recent decline in the currency. As the currency sunk below $10,000 by the middle of January, the Bloomberg Billionaire Index recorded each twin to have been left with a fortune of $739 Million.

Though they faced losses with the cryptocurrency, as two of the early investors in the currency who have reaped the benefits of the recent Bitcoin spikes, the twins claim that they have no intentions to sell their investments and are still predicting big gains in the future of Bitcoin, so far remaining loyal to the currency.