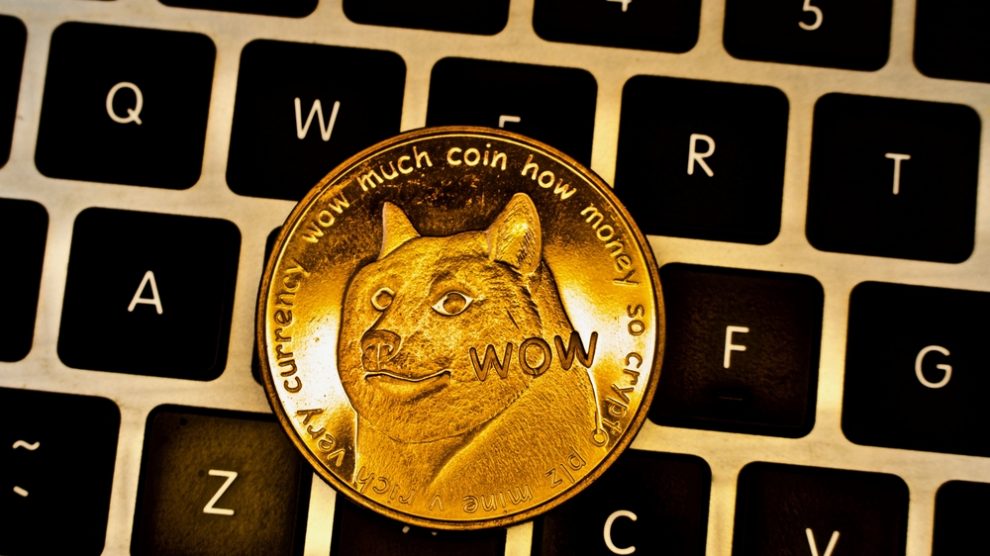 When Late Night Host John Oliver tried to meander through the dense and complicated realm of cryptocurrencies on his talk show, he somehow nailed the near impossible challenge of providing an easy explanation to the global phenomenon. With allusions to chicken nuggets, beanie babies and some really enthusiastic guests; the show, whilst also being hilarious, delivered a stern reminder that Cryptocurrencies are a gambler’s game. Sometimes however, a sense of humour is the best solution amidst the highs and more increasingly lows of digital currencies. Enter, the joke coins.

Interested in buying the Titcoin? Want to get higher with the Potcoin? If you like building walls maybe the Trumpcoin is more your thing – on a serious note, the world of digital currencies is saturated with a combination of funny, useful or sometimes intentionally useless coins, totalling 1562 cryptocurrencies as of today.

The open-source nature of cryptocurrencies means that it is incredibly easy to create your own currency, with four new coins being created in the past two days, according to The Coin Market Cap. These minor currencies, defined as Altcoins, might have a different economic model to the bigger contenders and can see people investing in a variety of technologies and ambitious ideas, or using the currencies as tokens after the eventual product is created. By definition, Joke Coins, created in the same way as major currencies and altcoins are, often satirise the hype surrounding real cryptocurrencies themselves.

There are now a number of well-known joke coins thanks to their phenomenal journeys through the digital world. The most famous of these coins is of course the ‘Dogecoin’, which was created as ‘a piss take’ by a product manager from Sydney in 2014. Using a popular meme, the coin actually shot to a market capitalisation of $2 billion and still maintains a steady community of supporters today. While altcoins don’t require much work to create, the real challenge is then convincing people that it is worth the investment and worth the use, but that appeared to be no issue for Dogecoin. Jackson Palmer, Dogecoin’s creator theorised that the boom in his currency might be linked to the entertaining, cute and cuddly symbol of the Shiba Inus dog. On top of that, it is through the immense growth of his currency that Dogecoin has since been able to contribute money to dog charities and even raised money to send the Jamaican Bobsledding team to the Winter Olympics in 2014.

The coin took on a more serious challenge as it eventually felt the wrath of manipulation through pump-and-dumping, meaning that a few people had made attempts to greatly profit on the currency. Since the scandals, Palmer has pointed out that he gave away all of his tokens and has intentionally made zero personal profit from the joke. By bringing cryptocurrencies into the everyday realm however, and making it somewhat relatable, Dogecoin was a key contender in highlighting the corruptions facing currencies in a market that is unregulated and bringing that awareness to the wider audience.

Then, there are the outright ludicrous coins, that merely deserve credit for their creative names. Formerly known as ‘Coinye West,’ the cryptocurrency Coinye faced a lawsuit from the rapper himself in 2014. The creators behind the coin had hoped you could eventually ‘buy concert tickets’ but following West’s cease and desist order, they instead changed the logo to resemble Kanye West looking like a goldfish from South Park and the coin has since all but disappeared. Another currency lauded upon a well-known person is the Bernankoin which offers users the ability to print their own Bernankoins instead of having to ask their banks – the list really is endless.

In a bid to challenge the methodology of ICO’s and the digital currency sphere some currencies have no intention to be useful or possess any value at all. One of the other highlights is the Useless Ethereum Token which on its website explicitly reminds the buyers:

‘You’re going to give some random person on the internet money, and they’re going to take it and go buy stuff with it. Probably electronics, to be honest. Maybe even a big-screen television. Seriously, don’t buy these tokens.’

It is even marketed as of ‘no value, so there will be no expectation of gains,’ meaning this token is most definitely worthless. Low and behold however, you’ve guessed it, the tokens have so far received $204, 024 worth of contributions despite these very clear statistics sitting alongside the comment, ‘I had a feeling someone would waste their money’. This currency, created to mock the investment community served a very important purpose of proving that, alongside a couple of people who saw the funny side, a number of people were investing in the currency because they simply weren’t paying attention to the details that go further than keywords such as blockchain and ICO.

Six months later and you people are still trading these tokens? Unbelievable.

The joke coins can also sometimes serve for more purposes than just mocking the general investors. Described as the ‘lovechild of cryptocurrency and the Wu-Tang Clan,’ last week the son of Wu-Tang Clan’s Dirty ‘Ol Bastard announced he was creating a cryptocurrency called the Dirty Coin. The coin has actually been referred to as a marketing tool and a crowd-funding programme rather than an ICO. Apparently, fans can get better access to tickets and merchandise if they own the Dirty Coin. Similarly, Christ Coin allows for support of local churches and donations to be sent to missions, however not to confuse this with the Jesus Coin which pledges to, ‘decentralise Jesus’ and has absolutely no benefit whatsoever.

So why do people still continue to invest in these joke currencies? Well, Dogecoin’s Jackson Palmer refers to the cryptocurrency hype as ‘irrational enthusiasm, coupled with large players manipulating largely unregulated markets’. He warns that inexperienced investors are buying on a whim and powering the ‘fad’. This is also reiterated in Oliver’s show when the talk host noted that, ‘many people are buying coins for no reason other than other people are buying them’.

Regardless of whether an investor simply has money to burn or is investing as a ‘thanks for the laugh’ reward to its creator,  there are some believers who really are hoping that their joke currency will blow up into the next Bitcoin – whilst others in the cryptosphere are profiting from their idiocy. In a digital world where hilarious coin names are being heralded almost daily, it is the sheer magnitude of creations twinned with the unbelievable ease of making a currency that has made this environment perfect for the bad guys of crypto to effortlessly slide through the system unnoticed. This opens up more windows for money laundering, corruption and hacking and goes against the ongoing crypto battle to validate the currencies into real, mainstream use.

By the time this article was completed a further three new currencies had already been created.

Explainer: Bitcoin’s Lightning Network and its potential
The crypto-debate is in a sorry state: Google, Christine Lagarde and the Winklevoss twins