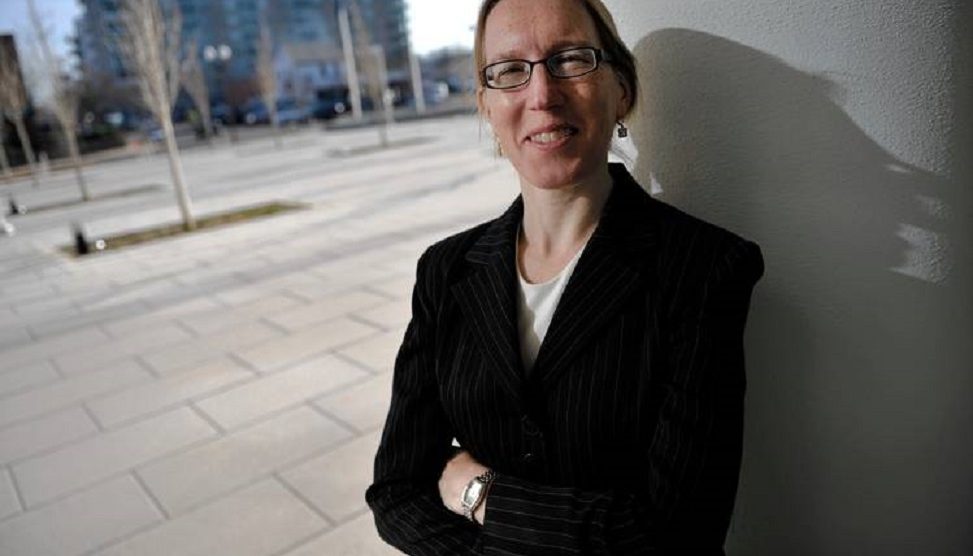 At the Digital Asset Investment Forum in Washington D.C. yesterday, Hester Peirce – a commissioner with the Securities and Exchange Commission (SEC) said that the approval of a cryptocurrency based Exchange Traded Fund (ETF) could take days or years.

Peirce is known as ‘Crypto Mom’ in the cryptocurrency community as a result of speaking out against a previous SEC decision to refuse a crypto based ETF application earlier this year.  The next significant date on the upcoming calendar with regard to decision making on crypto based ETF’s is February of next year when the SEC will have to make a decision on the Van Eck ETF application – having previously pushed back that decision.

It’s thought that the approval of a Bitcoin ETF could be the fillip the cryptocurrency sector needs following what has been a miserable cryptocurrency market in 2018, dominated by bearish sentiment.  Such a development would broaden the exposure of cryptocurrency – facilitating a means by which institutional and retail investors could invest in the digital asset class in a secure, efficient and regulatory compliant manner.  It would also lead to greater liquidity in Bitcoin in the U.S. market.

Speaking at the Digital Asset Investment Forum, Peirce suggested that she was working with the commission with a view towards encouraging them to approve a crypto based ETF.  However, she was much more guarded than previously in her view with regard to the likelihood of a Bitcoin ETF approval. During the ‘fireside chat’ moderated by Erica Williams, Peirce stated:

“Don’t hold your breath.  I do caution people to not live or die on when a crypto or Bitcoin ETF gets approved.  You all know that I am working on trying to convince my colleagues to have a bit more of an open mind when it comes to [cryptocurrency].  I am not as charming as some other people.”

At the end of last month, Peirce participated in the ‘What Bitcoin Did’ podcast and seemed to be a little bit more hopeful in her comments.  She stated that whilst a Bitcoin ETF was not inevitable, it is definitely a possibility over the coming months.

She explained that the SEC has taken a cautious approach to cryptocurrency.  However, she articulated that a balance needs to be struck between regulation and facilitating innovation.

“Just because you’re calling something crypto doesn’t mean you can ignore the rules we’ve had in place for years, but we also need to be willing to open doors a bit wider for innovation”, she said.

Peirce came to notoriety in the cryptocurrency space as a result of her public disapproval of an SEC decision to turn down a crypto ETF application in July.  At the time, she took to Twitter stating:

“Apparently, Bitcoin is not ripe enough, respectable enough, or regulated enough to be worthy of our markets.  I dissent.”

The decision at the time concerned the application by the Winklevoss Bitcoin Trust for a Bitcoin based ETF.  In a public statement published to the SEC website, she expressed the view that the ETF should have been approved as to her mind, it satisfied the rules and regulations set out by the Securities Exchange Act.  Furthermore, Peirce suggested that the Commission were exposing investors to more risk by not approving the ETF on the basis that the decision precluded greater institutionalization of the Bitcoin market.

“Many investors have expressed an interest in gaining exposure to Bitcoin, and a subset of these investors would prefer to gain exposure without owning Bitcoin directly.”. . . “The Commission’s action today deprives investors of this choice.”

A recent report by ‘big four’ auditing company, KPMG, suggested that increased institutionalization of cryptocurrency is the way forward for the industry.  Many have seen ETF approval as the logical next step in this regard.  However, there have been other developments in the industry which are laying the groundwork towards the facilitation of institutional investment.

Fidelity has revived a crypto-focused venture capital fund whilst in October it announced the arrival of Fidelity Digital Asset Services with an objective of handling custody and executing trades of cryptocurrency for clients.  Nasdaq plan on introducing a crypto futures product in 2019 – as do Bakkt, a company who’s owners are Intercontinental Exchange – owners of the New York Stock Exchange.