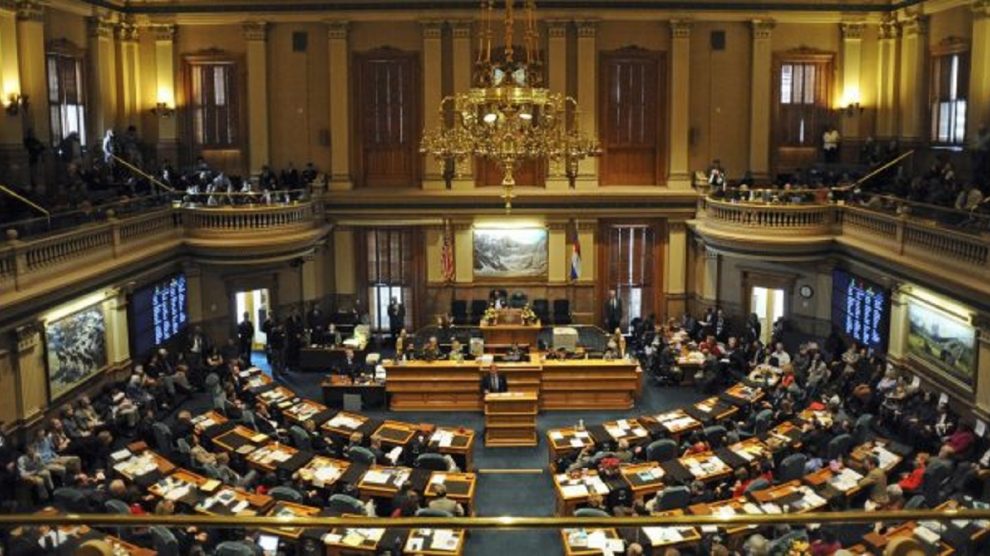 A bill has been proposed before the Colorado state legislature which seeks to exempt cryptocurrencies and digital tokens from securities laws.

The proposed legislation – dubbed the Digital Token Act – was put forward in a bipartisan effort by Democratic Senator Stephen Fenberg and Republican Senator Jack Tate on Friday.  The objective is to offer greater flexibility for cryptocurrency projects and traders over and above current federal securities laws.

The law would provide an exemption for tokens from current securities laws so long as the token is used primarily for ‘consumptive purposes’ in terms of goods, content and services.

A summary of the proposed legislation states:

“The bill provides limited exemptions from the securities registration and securities broker-dealer and salesperson licensing requirements for persons dealing with digital tokens.”

The bill goes on to define digital tokens as ‘digital units with specified characteristics, secured through a digital ledger or database, exchangeable for goods and services, and capable of being traded or transferred between persons without an intermediary or custodian of value’.

The document spells out the nature and main parameter of the exemption:

The bill provides for a duty of care to consumers, putting the onus on the proponents of a digital token to disclose the essential nature of the offering:

There is a growing understanding that the current securities laws are not fit for purpose when it comes to cryptocurrency and digital tokens.  In a separate development, two U.S. congressmen put forward a bill seeking to have cryptocurrencies excluded from securities laws and the remit of the Securities and Exchange Commission (SEC).  The bill – known as the Token Taxonomy Act – has been put forward by Warren Davidson, a republican congressman from Ohio, and Darren Soto, a Democrat from Florida.

Existing securities laws date back to the 1940’s, depending upon the ‘Howey Test’ which was based upon a 1946 supreme court decision.

It’s encouraging to note that some politicians in the U.S. are starting to realize that the current regulatory regime may be stifling innovation.  Prior to the proposed bill being forwarded on Friday, another blockchain and cryptocurrency related measure was passed by a single vote beforehand only for some lawmakers to have a change of heart.

Tate described the essence of the issue in an interview with the Colorado Sun:

“What is different with having a programmatic approach is that it’s a narrow, nascent technology versus dealing with an established industry like alcohol.  All the big players (from the alcohol industry) were there, and it was more like a showdown at Gucci Gulch.  Here, [blockchain] is a nascent technology dealing with a framework meant for other things.  How do we update the regulatory framework now that we know there’s innovation out there?  We don’t want to stifle innovation.”

There seems to be a growing understanding of the importance of blockchain technology as an emerging technology despite the initial response from regulators and legislators being negative towards the sector in previous times.  The bill states:

It also notes that Colorado has become a hub for companies and entrepreneurs that are looking to utilize crypto-economic systems to power their business models.

It’s likely with a view towards supporting this emerging business that the lawmakers are looking to take action.  Furthermore, it’s clear that they are aware of some other states rising to the forefront in terms of being crypto-friendly.  Democratic representative Tracy Kraft-Tharp stated:

“People wanted to get ahead of Wyoming.  But laws don’t translate between states.  There are unintended consequences if we move too quickly.”

Wyoming has been particularly progressive in terms of legislating for a more flexible and facilitatory approach to blockchain technology.  Late last year it passed the Blockchain Bank Bill – one in a whole series of laws the state has introduced relating to blockchain and cryptocurrency.

Meanwhile, Ohio has become the first state to accept payment of taxes with cryptocurrency.

These are positive developments that will be welcomed by the industry.  From an industry perspective, there is much dismay with the lack of clarity that exists in the U.S. between federal and state laws with regard to cryptocurrency and blockchain.  More clarity is needed for the industry to move forward.  If that clarity is accompanied by a positive approach in terms of nurturing a nascent technology, so much the better.

NEM to Develop Blockchain Based Copyright System for Journalists in Argentina
U.S. Retailer Overstock to Pay Taxes in Bitcoin