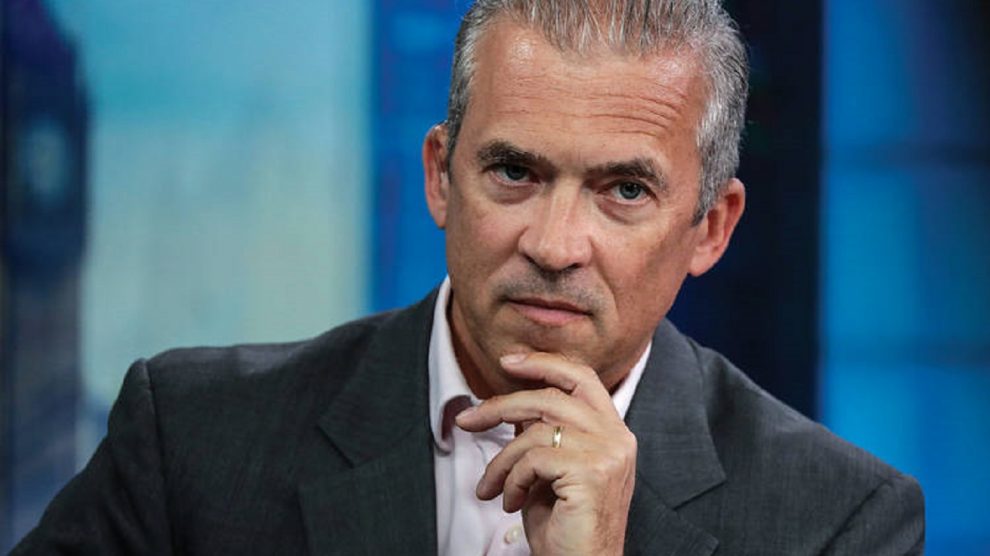 Andreas Utermann, the CEO of Allianz Global Investors has suggested that crypto-assets should be banned.  The head of one of Europe’s largest asset managers with 3,000 employees, 20 worldwide offices and over €500 billion under management stated:

“You should outlaw it.  I am personally surprised that regulators have not stepped in harder.”

Utermann was participating in a panel discussion on Tuesday when he made the comments.  Accompanying him on the panel was Andrew Bailey, head of the United Kingdom’s Financial Conduct Authority (FCA).  Bailey’s public utterances on Bitcoin and cryptocurrency generally have not been positive in the past.  However, it seems even he was taken aback by Utermann’s comments, stating:

Notwithstanding that, Bailey went on to say that cryptocurrencies have “no intrinsic value”.  In an interview with the UK’s public broadcaster, the BBC, last December, Bailey stated that Bitcoin was not a currency as its not regulated.  At the time, he said:

“If you want to invest in Bitcoin be prepared to lose your money – that would be my serious warning.”

Whilst Bailey was right in that Bitcoin was in a speculative bubble, it’s understandable given the nascent nature of the technology and its accompanying market, the size of the market, together with the difficulty found in trying to establish a price for it.

In terms of his objections with regard to Bitcoin and cryptocurrency generally not being regulated, it’s happening slowly but all of this is being addressed.  Bailey himself is engaging in that process in the UK, participating in a Crypto-assets Taskforce alongside counterparts from Her Majesty’s Treasury and the Bank of England.  Upon the announcement of that Taskforce back in May, Bailey stated:

“Crypto-assets have been an area of increasing interest for markets and regulators globally including the FCA.  We look forward to working with our counterparts at the Bank of England and the Treasury as part of the Taskforce to develop thinking and policy on crypto-assets.”

In line with the advancement of the discussion and consideration of cryptocurrencies by authorities around the world, it seems that Bailey’s perspective is being tempered somewhat.  Speaking at the FCAs annual public meeting in September, he said that the FCA must balance technological change and innovation with risks, citing crypto-assets specifically as an example.

Many would contest his view that cryptocurrencies have any less intrinsic value than FIAT currencies that are laden with debt, being printed off at will and in cases suffering hyper-inflation due to central bank and government mismanagement.  Gold too is claimed to have intrinsic value with uses as jewelry and for limited industrial processes.  However, Mike Novogratz of Galaxy Digital put the value of gold in perspective when speaking with Bloomberg yesterday:

“All the gold ever mined in the history of the world fits in an Olympic-size swimming pool.  You’re out of your mind if you think that pools worth $80 trillion.  But it is because we say it is.”

As for Utermann, perhaps he needs to compare notes with Allianz colleague Mohamed El-Erian, Chief Economic Advisor with the asset manager.  El-Erian takes a much more positive view:

“We are seeing a rotation going on – retail is becoming more reasonable if you like.  The exuberance is behind us, and institutions are starting to establish a foothold and that’s good long-term.”

Speaking at the Consensus: Invest Conference in New York last month, El-Erian added that whilst he doesn’t believe that cryptocurrency will ever replace FIAT, he still believes that its use will become more and more widespread.  In September, El-Erian said that “crypto is not dead and certainly the underlying technology is not dead.  We are going to see more widespread adoption by both the private and public sector.

Whilst major players such as Fidelity Investments, Goldman Sachs, Nasdaq and Intercontinental Exchange are investing heavily in the cryptocurrency space, it appears that Allianz Global Investors won’t be joining them anytime soon given Utermann’s comments.  Time will tell if he is out of step on this call.