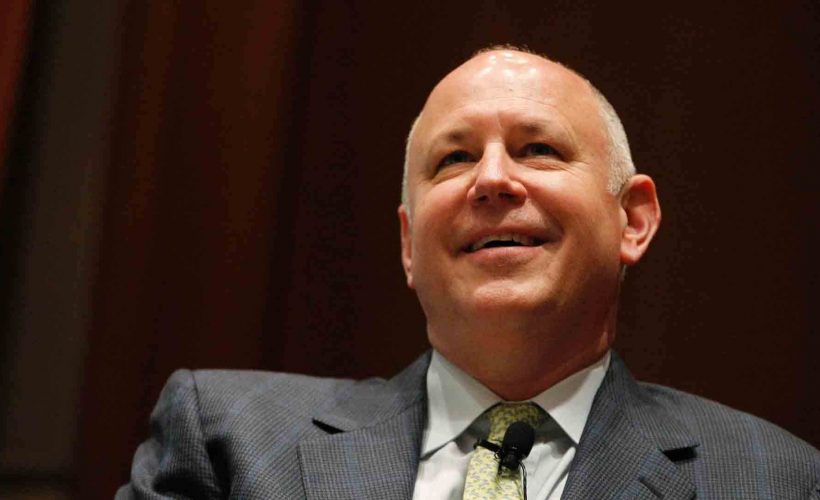 The chairman of the New York Stock Exchange (NYSE) and CEO of parent company Intercontinental Exchange (ICE), Jeff Sprecher, stated that in spite of the crypto bear market throughout 2018 and the recent acute price drop, digital assets including Bitcoin have a future.

Sprecher made the comments whilst speaking at the Consensus: Invest Conference in New York on Tuesday.  When quizzed on the recent collapse in crypto pricing, he posed the question that’s often debated by those intrigued by cryptocurrency:

He answered in the positive:

“The unequivocal answer is yes.  As an exchange operator it’s not our objective to opine on prices.”

In referring specifically to Bitcoin, Sprecher suggested that it may not have the best technology by comparison with the cryptocurrencies that have followed it but Bitcoin will remain as the bell-weather through which all other crypto’s are measured.  He stated:

“Somehow Bitcoin has lived in the swamp and survived.  There are thousands of other tokens that you could argue are better but yet Bitcoin continues to survive, thrive and attract attention.”

In this respect, he likened Bitcoin to the Dow Jones Index:

“The ‘Dow’ has been around for decades.  It’s a terrible index.  We could come up with an index that’s more representative of our economy but somehow that index will not go away.”

Sprecher acknowledges that Bitcoin has flaws just like the Dow Jones Index but suggests that it will persevere:

Sprecher’s wife is Kelly Loeffler – CEO of Bakkt – a company owned by ICE that is collaborating with Microsoft and Starbucks in bringing physically settled Bitcoin futures to market in January.  Loeffler – speaking on the same Consensus: Invest panel, stated:

“We’re creating the infrastructure that doesn’t exist today, which we think is a big opportunity for institutional investors to come in.”

Also in attendance at the well known industry event was Mohamed El-Erian, Chief Economic Advisor at Insurer and Asset Manager, Allianz.  El-Erian was also positive in his outlook with regard to digital assets.  He expressed the view that the breakdown in price of cryptocurrencies that we have seen for the duration of 2018 is a healthy event for the space.  The momentous surge in price experienced towards the end of last year meant to his mind that such a breakdown was predictable.

“We are seeing a rotation going on – retail is becoming more reasonable if you like.  The exuberance is behind us, and institutions are starting to establish a foothold and that’s good long-term.”

Whilst acknowledging that cryptocurrencies are here to stay, El Erian doesn’t feel that FIAT will capitulate:

“I think that cryptocurrencies will exist, they will become more and more widespread, but they will be part of an ecosystem.  They will not be dominant as some of the early adopters believed them to be.”

Also speaking at the event was Jay Clayton, Chairman of the Securities and Exchange Commission (SEC).  In a ‘fireside’ chat with investor Glenn Hutchins, Clayton clarified that whilst an official from the Federal Reserve recently stated that cryptocurrency is not currency, he believes that Bitcoin fulfils the role of a currency.  He’s of the opinion that the distinction which was being pointed out is that it’s not the same as a sovereign central bank controlled currency.

“People who use it should understand that it’s not the same as a sovereign currency”, he stated.

There has been quite a bit of controversy with regard to the interpretation of securities laws – particularly in light of recent actions taken by the SEC against a number of companies that have gone through the Initial Coin Offering (ICO) process of fund raising.  In speaking to that, Clayton offered some advice to those considering an ICO:

“You should start with the assumption that you’re starting with a securities offering.”

Exchange traded funds (ETF’s) have been another hot topic in the crypto-space in 2018.  The SEC has turned down all applications for Bitcoin or cryptocurrency related ETF’s to date despite one of it’s commissioners – Hester Peirce – speaking out and saying that she disagreed with one such decision earlier this year.

Clayton said that he had a number of concerns that need to be addressed before he believes crypto related ETF’s should be approved.  Firstly, he pointed to a lack of market surveillance in the cryptocurrency industry.  As the majority of cryptocurrency exchanges don’t use the same monitoring tools as stock brokers and exchanges, Clayton feels that investors don’t get a fair evaluation of Bitcoin’s price.

“What investors expect is that trading in the commodity that underlies that ETF makes sense and is free from the risk of manipulation.  It’s an issue that needs to be addressed before I would be comfortable.”

Another issue he highlighted was that of storage of digital assets:

“We’ve seen some thefts around digital assets that make you scratch your head.  We care that the assets underlying that ETF have good custody, and that they’re not going to disappear.”

It would seem that the industry is heeding the feedback from the SEC chairman as recent weeks have seen moves to put the necessary infrastructure in place in this regard.  Earlier this week, blockchain and cryptocurrency security and infrastructure company Ledger revealed that it is developing its digital assets custody solution, Ledger Vault, based out of a newly opened office in New York.

In October, asset management behemoth, Fidelity Investments, announced the establishment of Fidelity Digital Asset Services with an objective of handling custody for cryptocurrencies and executing trades on exchanges on behalf of its clients.

The cryptocurrency space is experiencing growing pains.  There is some complexity in terms of regulation and the required ecosystem needed to ensure compliance.  However, measures are being taken and the overall sense that has emerged from Consensus: Invest appears to be a positive one for the industry.