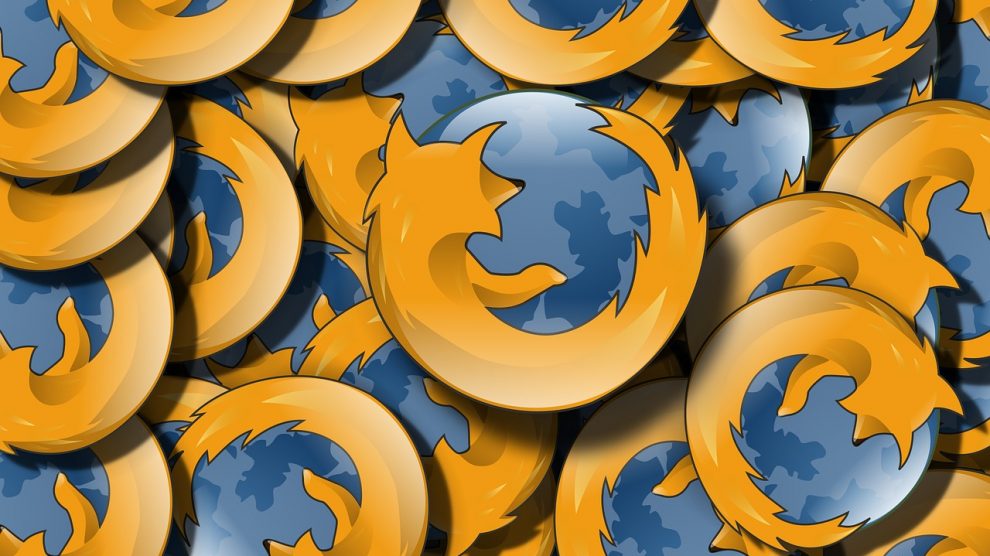 Rumors emerged last week that peer-to-peer applications platform, Holochain (HOT) are in talks with Mozilla regarding collaboration on a project that could potentially lead to a decentralized web. Mozilla – the open source software entity behind well-known internet browser, Firefox – has been vocal in calling for a decentralized web, having often indicated a willingness to get involved in projects which would lead to such an outcome.

At the time of publication, there has been no sign of a firm announcement. However, Holochain did speak to those rumors and in referencing them on Twitter and suggested its approval in relation to the nature of the speculation. Earlier this year, Jim Cook – Chief Financial Officer of Mozilla – spoke in very positive terms with regard to Holochain:

“We believe that power will decentralize in the next cycle. . . . “[Holochain’s] agent-centric model really speaks to Mozilla.”

From that interview, it’s clear that Cook believes that Holochain offers great potential in providing a solution that could lead to a decentralized web. At the same time, he felt that blockchain-based solutions are becoming more centralized.

Holochain (HOT) – which is mostly traded on the Binance Exchange – surged some 60% in price over the past few days. At the time of writing, it had a market capitalization in excess of $185 million.

Holochain – A Solution Beyond Blockchain

Holochain is a framework for Distributed Apps (DApps) that involves a Digital Hash Table (DHT) -based network. Data has a digital hash fingerprint, which is a unique mathematical identifier that relates to the data. Meddle with the data and the hash fingerprint will no longer match that data – resulting in the data being treated as invalid. It’s based upon dual-key cryptography with one key being public and the other private.

It’s data structure facilitates the creation of DApps with decentralised data being stored in a similar way to BitTorrent. Holochain Core Developer, Nicolas Luck, describes it as akin to BitTorrent plus a version management system and repository, but with digital signatures. It provides for a secure, distributed, tamper-proof ledger.

We have seen much talk in the cryptosphere with regard to sharding as a mechanism to solve the scalability issue. By virtue of its structure, Holochain incorporates sharding. Individual local-source chains are validated against each other by way of digital signatures and linked back to a Digital Hash Table.

Co-founder Arthur Brock maintains that this isn’t a new technology as key components are well-established technology. The Holochain project predates the Bitcoin whitepaper – with its origins stemming from the MetaCurrency Project. What’s different about Holochain is that it provides for a combination of those technologies: This is its point of differentiation. As the network gets bigger, it becomes more robust and efficient.

Digital signatures happen at the edges of the network, and data is not held in centralized silos. It differentiates itself from the multitude of blockchain-based offerings currently. There’s no mining requirement as it doesn’t make use of a consensus mechanism and no cryptocurrency token. As an open-source project, it provides the opportunity to develop a vibrant ecosystem around it.

One of the core objectives of the project has been to enable people to find new ways to collaborate on their own terms, running applications as a community. It provides a way of running applications that requires only the devices of the users themselves. A user is also a host, which results in faster downloading of software by comparison with centralized systems. This also means that users pay their own way.

Holochain claims to be a more efficient alternative to blockchain solutions. Taking Ethereum is often used as a comparison given that they’re both platforms for DApps. In the case of Ethereum, significant quantities of computational power have to be expended to achieve consensus, whereas Holochain bypasses the need for consensus. Furthermore, whilst Ethereum currently struggles in overcoming scalability, Holochain doesn’t have that limitation.

In terms of ease of accessibility for developers, Ethereum uses niche scripting language Solidity whereas Holochain supports Javascript (and Lisp), which makes it far easier for developers to work on.

Amongst the use cases suggested, a Git-based on Holochain may have merit as the implication of digital signatures mean that you can check the public key which pertains to the data to ensure that it has actually come from that source and has not been tampered with. Identity Management has also been proposed as a fitting use case for the technology as it requires a consistent identity that doesn’t necessarily need to be linked to your real-world identity.

Holochain is seen as the perfect springboard to facilitate the creation of many distributed applications that would cut out the middleman. In line with that thinking, it’s been suggested that it could provide the mechanism for decentralised versions of Facebook, Twitter, Uber and AirBnb.

It provides for complete flexibility for developers. The level at which they can set the rules that govern a specific DApp are completely adjustable. However, this may also prove to be a disadvantage as it may place an excessive level of responsibility on developers that they may not utilize effectively. There are also concerns with regard to security. It remains to be seen – without further real-world testing – as to whether Holochain is robust enough to withstand 51% and Sybil attacks on the network.

Coping with these security concerns may result in consequences in terms of how Holochain applications deal with anonymity. With the technology being agent-centric, identifying and tracking agents is important, whereas anonymity is counterproductive.

Clearly, there are tradeoffs with this technology. But customization based on the needs of each specific decentralised app – in terms of security and scalability – offers a refreshing alternative to blockchain technology. It may not be the solution in all cases, but it looks like it provides potential for certain specific use cases.