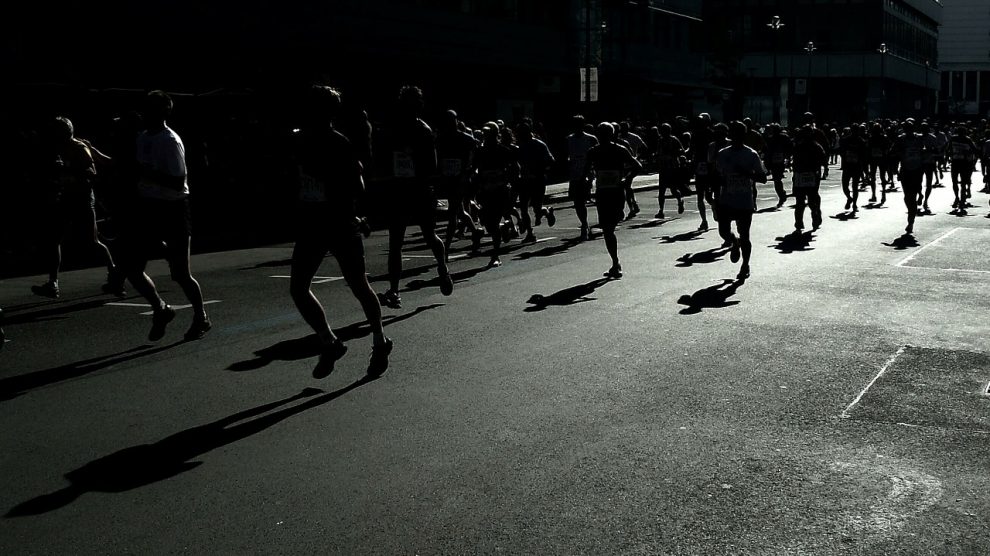 While we might be a long way away from corner shops exchanging fiat for crypto, there are numerous startups looking to reward us with crypto or to simply make it easier to start investing one way or another. As recently featured in TechCrunch, rewards platform Lolli offers users BTC when they shop at participating online retailers. The company allows consumers to install a browser extension or use Lolli’s website to connect them with retailers offering crypto rewards.

Other startups such as Crumbs are making it easier to invest small amounts of money in cryptos, to get the ball rolling. Users to automatically invest their spare change into a cryptocurrency portfolio by rounding-up transactions from linked credit or debit cards to the nearest dollar.

But a new front-runner has emerged in the race to encourage crypto adoption and use. Lympo, a blockchain company incentivizing healthy habits by rewarding people for completing sports challenges, will launch its early version of the app on September 9, during the Vilnius Marathon in Lithuania – the largest annual marathon in the region.

Lympo aims to encourage healthy living around the world by rewarding people for exercising and leading more active lives. With the help of blockchain technology and fitness gameification, users will be paid through the app for completing fitness challenges.

The rewards will be issued as LYM crypto tokens that can be used to purchase sports products like clothes and sneakers on the Lympo marketplace. LYM tokens can also be exchanged for euros or dollars on digital currency exchanges.

The company recently announced that up to 15,000 runners will receive LYM tokens in the app’s digital wallet after completing different races, which range from a 200m children’s run to a full marathon.

“This is the beginning of a great journey for Lympo. Later this year, our app will become available in the US, and we will enter the Chinese market with an app rewarding for squats. I believe that this extra motivation to be healthy will inspire a lot of people around the world,” said Ada Jonuse, Lympo CEO and Co-Founder.

Being overweight affects up to 70% of European adults. Incentivizing physical activity would not only address this problem by encouraging a more active lifestyle, but the health and fitness products that LYM tokens buy could help users easier achieve their own personal fitness goals.

Lympo has already closed partnership deals with the sports world elite, including the No. 2 women tennis player in the world Caroline Wozniacki and the NBA’s Dallas Mavericks.

“It’s a winning combination to offer our runners a new way of motivation on their quest to achieve health goals and have Lympo app supporting this year’s Danske Bank Vilnius Marathon,” said Race Director Darius Mikulis.

CEO Ada Jonuse is a frequent speaker at blockchain events and has been named an emerging European tech star by the Financial Times, Google and other New Europe 100 list partners. Before co-founding Lympo, Jonuse worked for the United Nations and in the European Parliament. Her primary goal with Lympo is to create an ecosystem where data is used efficiently by all industry stakeholders, and where everyone is rewarded fairly.