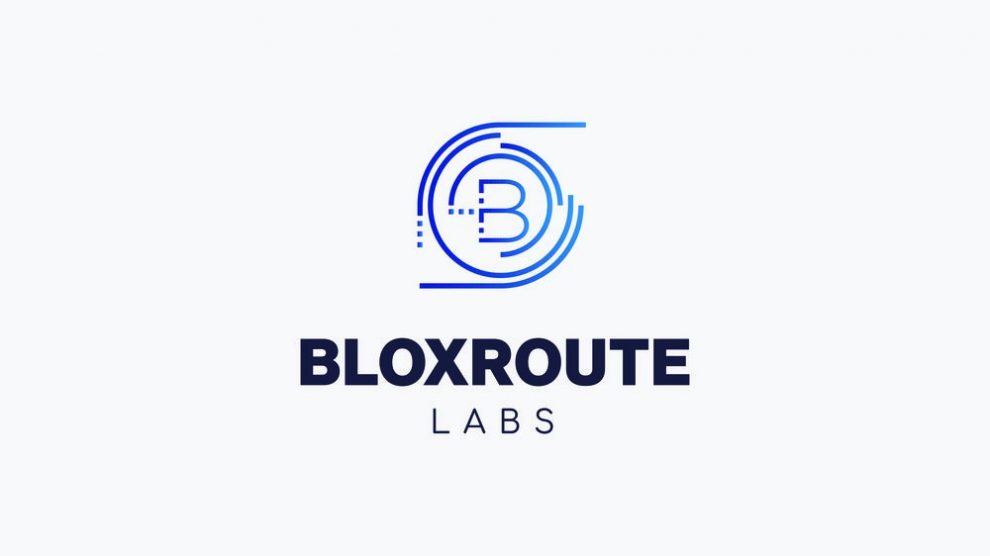 Many of the leading cryptocurrencies have hit a wall in terms of scalability in real world use. During Bitcoin’s peak last December, transaction times and costs became unsustainable. Ethereum is confronting problems of the same nature, which has led the cryptocurrency to look at solutions such as Sharding and Plasma as possible solutions. Otherwise, blockchain projects are turning to layer-2 solutions such as Lightning Network, Liquid and Raiden. However, these solutions are quite sophisticated, and there is a level of complexity involved in their application.

The elaborate nature of the current spectrum of proposed solutions perhaps calls for another approach to be taken. BloXroute is a layer-0 solution that sits underneath the blockchain. It’s network agnostic, and in its current incarnation, it’s also fee-less. Emerging in March 2018 after collaboration between Cornell & Northwestern Universities, BloXroute is an on-chain scalability infrastructure.

Much of the focus right now is on layer-2 solutions in terms of solving the scalability issue, and it remains to be seen if actual implementation will work out. More recent cryptocurrency projects have emerged with claims of infinite transaction rates per second (tx/s). However, there’s a need to take this claim beyond whitepaper into actual demonstration in order to be taken seriously. The bitcoin blockchain achieves transaction times of 3-7 tx/s, with each BTC transaction needing 540 bytes. For comparison, Visa processes more than 5,000 transactions per second with a capability to process up to 24,000 tx/s.

In an interview with Coin Crunch earlier this Summer, BloXroute co-founder, Uri Klarman set out the basis for the application and functionality of the technology. Blockchain networks have the option of increasing block size and reducing the time between blocks in order to increase transaction throughput. However, if they take this approach, it increases the burden on nodes in terms of the data that has to be propagated between nodes. It will take longer for a node to send the data and longer still for the whole network to sync. This approach means that there is an ever-increasing risk of forks in the network occurring and the blockchain unraveling.

BloXroute creates a blockchain distribution network (BDN) in a provably neutral way. This means it can’t discriminate in terms of where the block is coming from or going to or what it contains because it doesn’t have access to that information.

BloXroute is an optimized, well-provisioned global distribution network, deploying its own servers worldwide to achieve this. A particular blockchain doesn’t have to change its implementation as BloXroute is protocol agnostic. Nor does it matter what consensus algorithm is being used. All that is required is that they place some open source code – provided by BloXroute – on every machine that acts as a network node. It effectively provides a gateway to the BloXroute distribution network, and the only difference is that it’s going to result in data propagation a thousand times faster.

The node presents the Bitcoin block to the BloXroute gateway. Transactions are identified and mapped – reducing what would have been 540 bytes by 100 times and move it to all the other BloXroute gateways with a map back to the original block. A single entity can achieve this optimization whereas a decentralized distribution can’t. At the same time, as each block is being received, it is streamed to all other nodes in the system by way of cut-through routing.

Klarman maintains that these steps alone – using well established techniques – are responsible for the optimization. At the same time, he believes that there are many other avenues to be pursued to achieve further optimization.

Neutrality is a prerequisite when it comes to blockchain. BloXroute maintains a neutral role in the node system without any control, interference, or discrimination among nodes. Otherwise, the various networks would simply use Amazon AWS to solve scalability. The handover at the BloXroute gateway involves compressed and encrypted data. The content of the block is only revealed after it is sent to everybody – at which stage it’s too late to take it back. With regard to knowledge of where the block originates, a node can route it through another node first, which means BloXroute have no knowledge of the origin.

Miners are incentivized to run a gateway node as they get blocks and transactions faster than those that don’t. There’s no cost involved in using it and no token issued – so given that it fixes a major stumbling block with blockchain networks, it’s in miners’ interests to be supportive of it. They’re likely to make more money as a consequence, as more throughput means more transaction fees.

In terms of viability, it’s BloXroute’s intention to follow a sustainability model that encourages blockchain networks to invest in BloXroute. The thinking here is that if BloXroute presents as a critical application for a network, it incentivizes them to ensure that BloXroute have a viable model so that they can service that application and offering going forward.

Klarman maintains that it’s not sufficient to claim that it works. BloXroute’s current efforts are centred on demonstrating beyond doubt that it does work. The other developments right now – Lightning, Sharding, Plasma – are sophisticated solutions to the problem whereas Klarman maintains that BloXroute is quite simple in its application.

This is certainly a project worth watching. It may not be a panacea for cryptocurrency scaling in and of itself. This may not be a matter of choosing one individual solution or the other. It’s possible that BloXroute could be implemented alongside a layer 2 solution. Furthermore, a 25% gain can be achieved on the Bitcoin blockchain if and when Schnorr Signatures are implemented.

Scalability has certainly stopped many proof-of-work-based cryptocurrencies in their tracks recently. But with a number of approaches in development, there is optimism that a workable solution can be found.