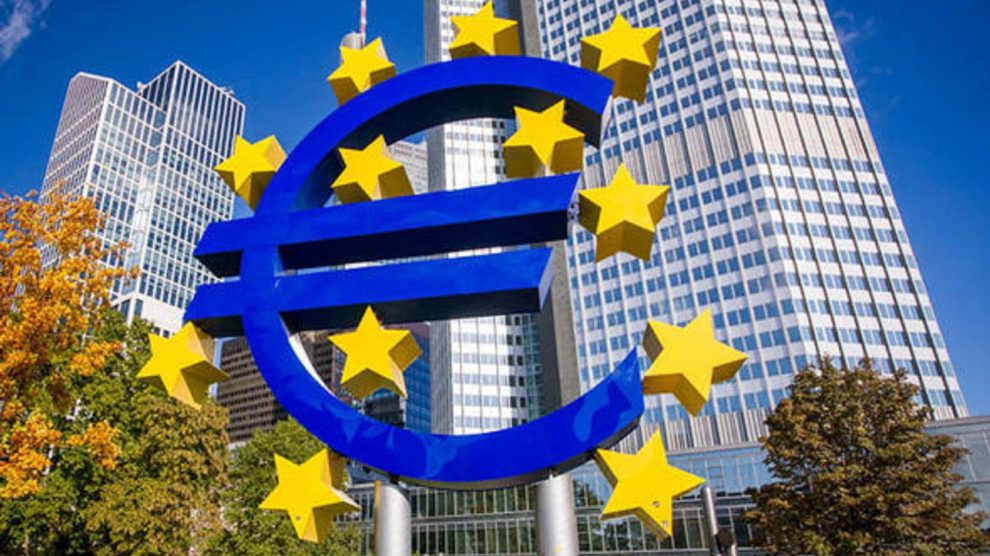 Speaking at the Economics of Payments IX Conference yesterday, Benoît Coeuré, European Central Bank (ECB) executive board member, stated that Bitcoin is “the evil spawn of the financial crisis.”

In a keynote opening speech at the conference, Coeuré acknowledged that the first block in the Bitcoin blockchain contained a headline from The Times in 2009 titled “Chancellor on Brink of Second Bailout for Banks”.  He followed up on this with his claim that the financial crisis led to the rise of a cryptocurrency which he terms as “evil spawn”.

At the World Economic Forum in January, Coeuré called for the regulation and “control” of Bitcoin.  He submitted that Bitcoin acts as a helpful prompt to central bankers and centralized banking generally to address deficiencies stating:

“So Bitcoin can help us, it can pay us a service by forcing us to upgrade our systems.  That’s a positive lesson.”

The conference is being hosted by the Bank of International Settlements (BIS) in Basel, Switzerland.  The BIS is owned by 60 central banks from around the world covering countries that make up 95% of the world GDP. It describes it’s objective as to serve central banks in their pursuit of monetary and financial stability and to act as a bank for central banks.

There’s no doubt that Coeuré was preaching to a partisan audience.  He quoted the General Manager of the BIS – Agustin Carstens – in justifying his point, Carstens previously having stated that “Bitcoin is a combination of a bubble, a Ponzi scheme and an environmental disaster.”

Carstens launched a scathing attack on cryptocurrency when speaking at the Finance and Global Economics Forum of the Americas in Miami, Florida on November 1.  His presentation involved the launching of a report titled ‘Money and payment systems in the digital age’.

In the report, Carstens beings by suggesting that Central Banks are innovating whilst cryptocurrency gets all the media attention.  He points to their own experimentation with distributed ledger technology (DLT) suggesting that using DLT would not bring central bank processes any further forward but that DLT would increase processing times three fold.

He acknowledges that international payments are cumbersome, expensive and slow and proposes that this can be addressed by putting the proper infrastructure in place.  However, it’s interesting that in the space of the forty year duration of this incumbent system, his industry have had no interest in doing so.  Cryptocurrencies such as Ripple and Stellar are poised to disrupt global payments.  It’s unlikely to be a coincidence that in this time, Carstens speaks of updating the incumbent system.

He goes on to say that cryptocurrencies are not money:

“Cryptocurrencies, such as Bitcoin, Ether and Tether, do not serve the core functions of money.”

Additionally, Carstens submits that cryptocurrencies equally cannot be regarded as units of account and that in recent times, we have seen that they cannot act as a store of value.

“I am not aware of any major business that uses a cryptocurrency as its primary unit of account.  Even overstock.com, one of the early Bitcoin evangelists, lists prices in the sovereign currency.”

The BIS General Manager furthers his criticism of cryptocurrency suggesting that there is no value in them as there are over 3,000 in existence and anyone can create one.  He states that cryptocurrencies have not reached critical mass as a means of payment and that this is not likely to happen as the energy requirements of cryptocurrency means the system is highly inefficient and expensive and furthermore, that they lack the ability to scale.

Carstens suggests that the network effect of cryptocurrency is weak – with few retailers accepting them and where they do, it’s a marketing gimmick.  He asserts that whilst some laud the ability of cryptocurrencies to circumvent centralized banking systems, it’s a dangerous proposition as the vast majority of those who use cryptocurrencies do so for illicit purposes.  Interestingly, there was no consideration of this ongoing activity in centralized banking with HSBC having elaborately facilitated the Mexican drug cartels on a vast scale yet not one single executive served a day in prison.

This was not the head of the central bank to central banks’ first outburst with regard to cryptocurrency.  In an interview with Switzerland’s Basler Zeitung in July, he went on a similar rant and stated:

“My message to young people:  stop trying to create money”.

The line taken on cryptocurrency and blockchain technology amongst central bankers seems to be that Bitcoin is clever but a bad idea.  Cryptocurrency is bad yet centralized blockchain is good.

This view is similar to that expressed by Christine Lagarde – Head of the International Monetary Fund (IMF) at the Singapore Fintech Festival earlier this week.  However, Lagarde also warned central banks that they will get left behind if they ignore digital currency.  It’s clear that this group don’t want to relinquish control but it seems very much like sour grapes from Coeuré to blame proponents of cryptocurrency for the failures of his peers which led to the 2008 financial crisis.