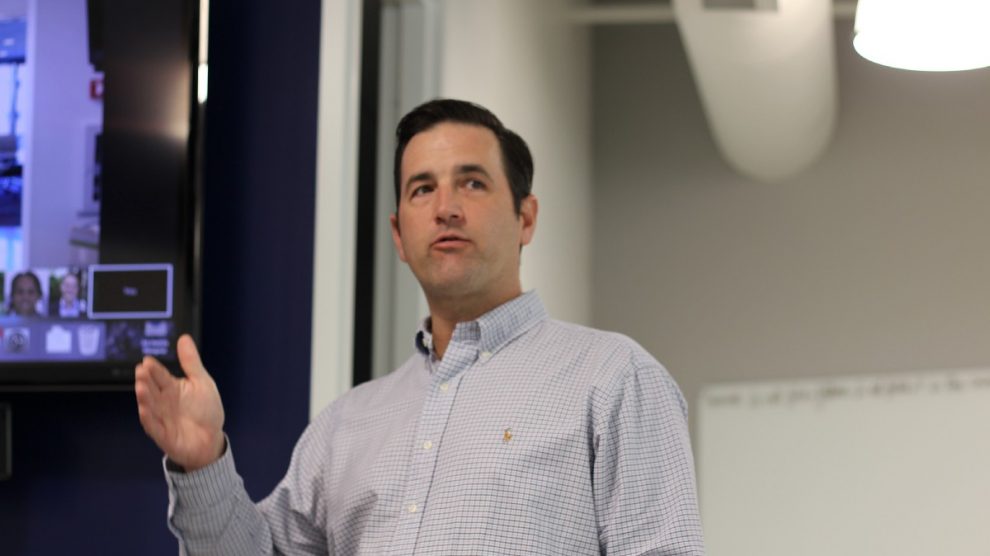 Stephen Pair, CEO of merchant payments company BitPay has said that he expects mass market adoption of cryptocurrency for the payment of goods and services within 3 to 5 years.

Pair was speaking on the subject on CNBC’s ‘Squawk Box’ on Thursday.  When asked about the current valuation of Bitcoin, he commenced by saying that a large component of the price is speculative as it stands right now.  It’s exactly a year ago today since Bitcoin hit a peak price of almost $20,000.

“Investors are speculating on the future usage and adoption of this technology.  I’m sure a small component of that price is the actual utility,” he added.

In terms of a catalyst to drive the Bitcoin price back up, Pair sees actual real world use and adoption as key:

“I think there can be many catalysts, not just ETF adoption or ETF launches.  In our business, we process more than a billion dollars worth of payments a year.  I would like to see that grow to $10 billion and to $100 billion.  Adoption will push the prices higher”.

Pair’s view differs somewhat from his BitPay colleague, Sonny Singh.  Singh, BitPay’s Chief Commercial Officer suggested that developments such as Fidelity launching their crypto related product next year, Bakkt launching in January or Blackrock launching an ETF would be drivers of cryptocurrency pricing.  He made the comments in an interview with Bloomberg last month.

Notwithstanding that, Singh did also point to there being increasing use cases for real world usage all over the world which will also play a part in boosting unit price.  When asked to speculate on the probable price of Bitcoin in 2019, Singh said:

Pair believes that we will see similar prices as Singh suggested:

“I think that we will see those kinds of prices again in the future if history is any guide.”

When asked if he still had confidence in blockchain – the underlying technology behind cryptocurrency – Pair said that he did.  He explained that over time, we are going to see traditional styled centralized databases being replaced by blockchain based databases.  Additionally, he pointed out that cryptocurrency is just one application of blockchain technology whereas there are many others.

The CNBC anchor put it to him that Bitcoin and cryptocurrency is being used as an investment vehicle right now, that it is not getting there in terms of day to day use.  Pair responded that he expected this breakthrough to be made over the course of the next five years.

Pair has revised his outlook in this respect.  He used to think in terms of ten years but now believes that development will take a shorter 3-5 year timeframe.  At that time, he feels that anyone will be able to walk into a restaurant or retail establishment with the expectation that the vendor will accept a blockchain-based payment.  He doesn’t restrict that expectation solely to Bitcoin.  Pair says this also applies to consideration of payment via dollars or euros on a blockchain also.

A study published by the Cambridge Centre for Alternative Finance last week suggested that the number of users in the cryptocurrency ecosystem has almost doubled.  That would seem to correlate with a gradual move towards adoption in spite of a seriously depressed cryptocurrency market in 2018.