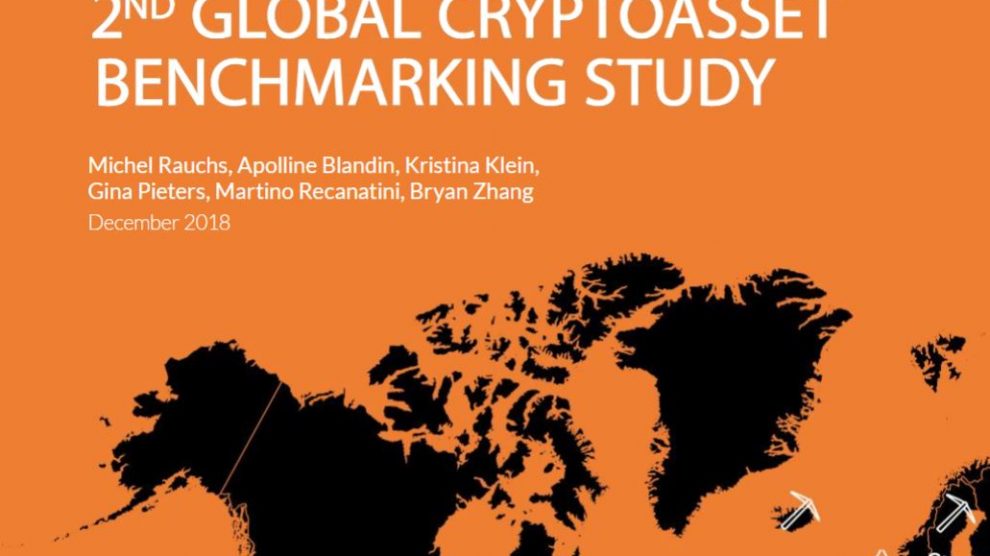 According to a study published yesterday, the number of cryptocurrency users almost doubled in 2018 despite the depressed market for digital assets.

The research, carried out by the Cambridge Centre for Alternative Finance, found that millions of new users have entered the cryptocurrency ecosystem.  That number has now reached 139 million users of which more than 35 million are identity verified users.

The number of identity verified users grew 400% in 2017, with that number doubling within the first three quarters of 2018.  Whilst this represents a major advancement, the study is guarded in pointing out that only 38% of all users could be described as active users, albeit that criteria related to activity levels varies across service providers.

This is just one of the take-aways from the comprehensive report.  Researchers also found that support for multiple cryptocurrencies has improved considerably with a broader spectrum of coins now being made available to users.  Multi-coin support has almost doubled from 47% in 2017 to 84% in 2018.  Researchers have identified a trend towards common standards within the industry as being responsible for this change.  They specifically highlight the emergence of the Ethereum based ERC-20 standard which has resulted in a rapid increase in the supply of tokens.

In terms of cryptocurrency mining, the study reveals that as of mid-November 2018, the top six proof of work (PoW) based cryptocurrencies consumed between 52 and 111 TWh of electricity per year.  A significant proportion of this energy usage is accounted for by renewable energy.  Furthermore that green energy tends to come from locations with excess capacity.

There’s a common perception that cryptocurrency mining is concentrated.  However, the study dispels that belief to an extent.  According to the report:

“Crypto-asset mining appears to be less concentrated geographically, in hashpower ownership, and in manufacturer options than commonly depicted” . . .”Pool operators are distributed globally, with growing operations in the USA and Canada.”

In terms of regulation, the study identified a move towards self-regulation in the industry.  In testament to that, Cameron Winklevoss of Gemini Trust was central in establishing the Virtual Commodity Association earlier this year.  The group made a concerted effort to achieve self-regulatory organization (SRO) status.  At the end of last month, a group of ten leading financial and technology companies established the Association of Digital Asset Markets (ADAM) in order to establish a code of conduct within emerging digital asset markets. The Cambridge researchers believe that increasing moves towards self-regulation are indicative of an industry that is showing signs of maturing.

In terms of employment, the industry has experienced substantial growth with the level of full time employees growing by 164% year on year in 2017.  Given that the research was published on Tuesday, its possible it doesn’t account for the most recent downturn in the past few weeks which has featured layoffs.

In terms of future outlook, the study suggests that the move towards increased multi-coin support will continue.  All single coin storage providers plan to support more crypto-assets in the near future.

The study identifies that there has been more than $1.5 billion in cryptocurrency stolen from exchanges up until now.  This has heightened the importance of IT security as an operational function.  Specialized storage providers are taking the highest security precautions, dedicating the highest budget and headcount to security.  Hopefully, solutions such as the multi-party computation based system offered by Sepior which we recently reported on will put paid to this large-scale hacks going forward.

The Cambridge researchers believe that innovations such as layer 2 off-chain solution, lightning network, are likely to have the largest impact on the industry in the near future.  Likewise, stablecoins are likely to enhance the cryptocurrency offering and find their use case in the industry.

There are many take-aways from the report but the overall theme seems to be of an industry that continues to advance and develop in spite of the harsh market conditions experienced in 2018.