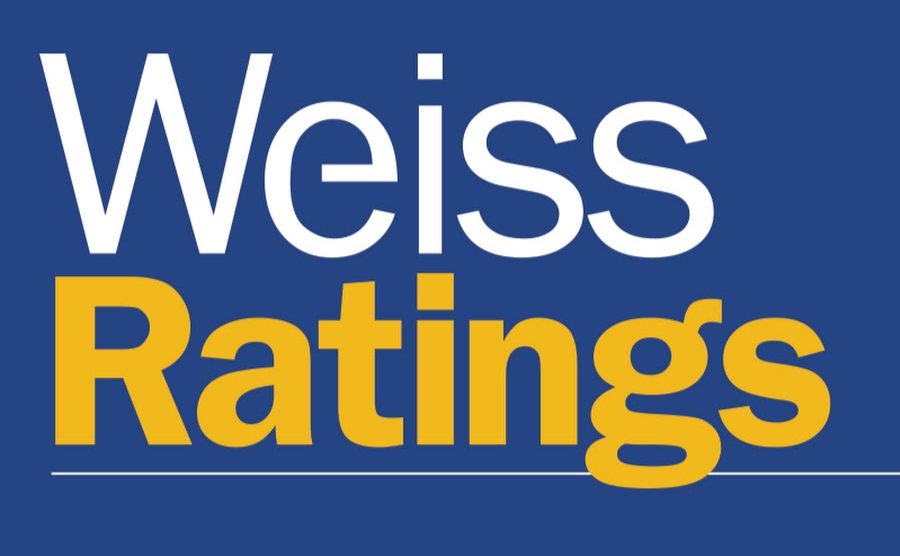 Financial ratings agency Weiss Ratings has become increasingly bullish in its view of Bitcoin.  That has culminated in the ratings agency suggesting that Bitcoin is currently priced at such a low level, it’s becoming one of the best buying opportunities of the year.

Weiss became the first ratings agency to cover cryptocurrency when it launched its Weiss Cryptocurrency Ratings earlier this year.  Its model consists of the analysis of thousands of data points, and in utilizing this data, ratings are provided in respect of investment risk, investment reward, technology and real world adoption with regard to each cryptocurrency.

The ratings agency, established in 1971, assigns letter grades to more than 53,000 institutions and investments, including stocks, exchange traded funds (ETFs), mutual funds and more recently, cryptocurrencies.  Unlike Moody’s, Standard and Poor’s and Fitch, Weiss doesn’t receive payments from the companies or entities it rates.  Instead, investors, consumers and end users pay for access to their ratings.

In a tweet published earlier this week, Weiss Ratings stated:

“#BTC is getting to such low levels that it’s becoming one of the best buying opportunities of the year.  As a store of value, #Bitcoin is here to stay.  We truly think it’s the least speculative investment a person can make in #crypto right now.”

Bitcoin has plummeted from an ‘at the height’ price of almost $20,000 nearly one year ago to a current price (at the time of writing) of $3,297.  That represents an astonishing 83.5% drop in price.  The bear-ish sentiment surrounding Bitcoin and cryptocurrency generally is all pervasive at the moment.  Many believe that the cryptocurrency will never recover.  However, those that have watched the development of Bitcoin over the duration realize that it has been in similar situations (with similar price drops) on many occasions in its developmental history.

The ratings agency has been prolific in its tweets in recent days.  On Thursday it suggested that many people are of the mind that Bitcoin will be worthless until you can pay your taxes with it.  Weiss point out that at the end of last month, Ohio became the first U.S. state to accept tax payments in Bitcoin.

In a further tweet yesterday, the ratings agency points to the fact that in spite of the prolonged bear market, cryptocurrency users almost doubled in 2018 from 18 million to 35 million.  It was citing a recently published Cambridge University study, coming to the conclusion that such growth in the cryptocurrency ecosystem despite a depressed market means that another bull run is inevitable.

Information published by Weiss mathematician and analyst Juan Villaverde on Tuesday appears to back up the point the ratings agency is making.  Villaverde points out that the adoption of cryptocurrency is in train despite cryptocurrency prices plummeting.  The analyst differentiates between transactions related to speculation and real world use and finds that the numbers in the latter category are growing.

The agency also points to the fact that people often miscalculate the potential of a new technology, tweeting:

“The recent price decline in #crypto has proved that people overestimate the potential for technology short term and underestimate it long term.  We believe that the crypto-assets will revolutionize financial services – for those who play the long game.”

In another update, Weiss point out that the network capacity of Lightning Network has now reached 450 BTC, with 4,000 main nodes active, indicative of ever greater development and adoption.  Layer two solutions such as Lightning Network are seen as significant as they represent a means through which Bitcoin and other proof of work (PoW) based coins can solve the scaling issue.

Last week, Dr. Bruce Ng – a distributed ledger technology (DLT) expert with Weiss Ratings published his account of the potential effect on the market of the arrival of the physically settled Bitcoin futures market, Bakkt.  Ng was very bullish in his assessment of this upcoming development, stating:

“It’s hard to imagine a scenario in which Bakkt will NOT open the floodgates for large institutions to buy crypto.  And the consequences are potentially far reaching.”

“Projects like Bakkt could greatly enhance the liquidity, stability and overall size of crypto, helping to create a multi-trillion dollar global marketplace unlike any we’ve seen before”, he added.

The holiday season and New Year will soon be upon us, offering a time to take a step back and reflect on where the technology and the market have been and where they’re going.  The overriding market sentiment exactly a year ago was the direct opposite of the general view today following a year long bear market.  However, in spite of the suppressed market, there have been many developments this year which are encouraging for the cryptocurrency space.  The findings of Weiss Ratings do not stand in isolation.  Its insights are just one of many which indicate that there are reasons to be optimistic with regard to cryptocurrency as we look ahead to 2019.