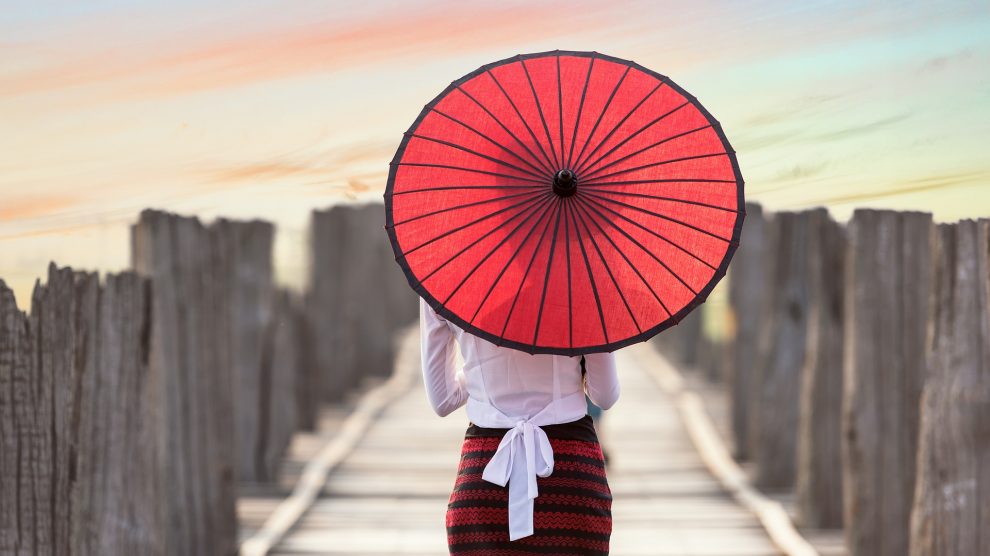 Anyone who wants to see the future of fintech would do well to look to southeast Asia. Several nations have become hotbeds of innovation and are especially receptive to developing blockchain activity and other disruptive technologies.

The level of innovation and development has pushed the region to what’s been characterized as ‘a digital war’ between traditional banks and those leading the way in the development and deployment of new technologies. Piyush Gupta, CEO of DBS Group Holdings Ltd., southeast Asia’s largest lender, thinks large financial institutions are by and large safe despite the rapid development taking place by institutions outside of the financial orthodoxy.

However, he does believe there needs to be more regulation and oversight for non-traditional financial institutions breaking into the fintech space — a sign that the current level of fintech disruption on the global, and particularly southeast Asia, is robust.

A number of countries in the region have heeded Gupta’s warning and are busy getting previously nonexistent regulations in place for emerging fintech players — especially those in the cryptocurrency and blockchain spaces.

Securities Commission Malaysia has signaled that it will begin to regulate ICO (initial coin offering) activity in 2019. In the first quarter of 2019, a regulatory framework will be introduced for both ICOs as well as digital currency exchanges. The Commission acknowledged in that ICO activity offers a low barrier to entry for those that want to get involved in the digital currency space but that a framework needs to be established to ensure a “fair and orderly development” in this space.

Singapore Leads the Way in Insurtech

The island city-state of Singapore has long been considered a leader in the region in tech and finance. It’s among the most developed nations in the world and has a government that supports strategic development, so it’s hardly a surprise that it has emerged as a hotbed of fintech activity — and in particular insurtech. Vietnam boasts Asia’s highest number of insurtech companies, including PolicyPal, which was incubated by digital payments provider PayPal and was the first company to graduate from the regulation sandbox developed by the Singapore government.

More than two thirds of Singapore’s population is already insured. Therefore, the most emphasis has been placed on how to provide a higher and more efficient level of care to a population that is living much longer than it used to.

Perhaps the most intriguing southeastern Asian country at the moment when it comes to fintech development. The country has seen a flurry of blockchain and crypto-related activity, and Ho Chi Minh City is among the many hubs in southeast Asia trying to position itself as the “Next Silicon Valley.” With the establishment of the Viettel Enterprise Solutions Corporation, Vietnam could very well be the breeding grounds of mass-adopted crypto technologies, and perhaps even integrate a fully crypto monetary system.

Momo recently became the first fintech company from Vietnam to crack the global fintech 100 companies. The company helps customers in Vietnam make cash transfers, pay bills, and purchase an assortment of services like purchasing airline tickets and playing online card games. Momo is also in the world’s ‘emerging 50’ tech companies, consisting of companies with short histories that are already making noise on the world stage.

At the end of this month, Vietnam will host the Horasis Asia Meeting, a global gathering of the minds, including some of the biggest power brokers in the world’s most populous continent. The conference is set to be held in Binh Duong New City, which is poised to become a hub of innovation, especially in terms of finance.

Between government sponsorship, disruptive early stage enterprises, and forward-thinking gatherings of the minds, it’s a foregone conclusion that southeast Asia is giving us a glimpse of the future in the world of fintech. Some governments may be more receptive to heed Piyush Gupta’s warning to regulate ‘non-traditional’ organizations than others.

Nonetheless, the sentiment expressed by a banking blue blood like Gupta is evidence of the immutable fact that fintech disruption is upon us; places  putting energy towards development now are the ones that will lead us into the future.