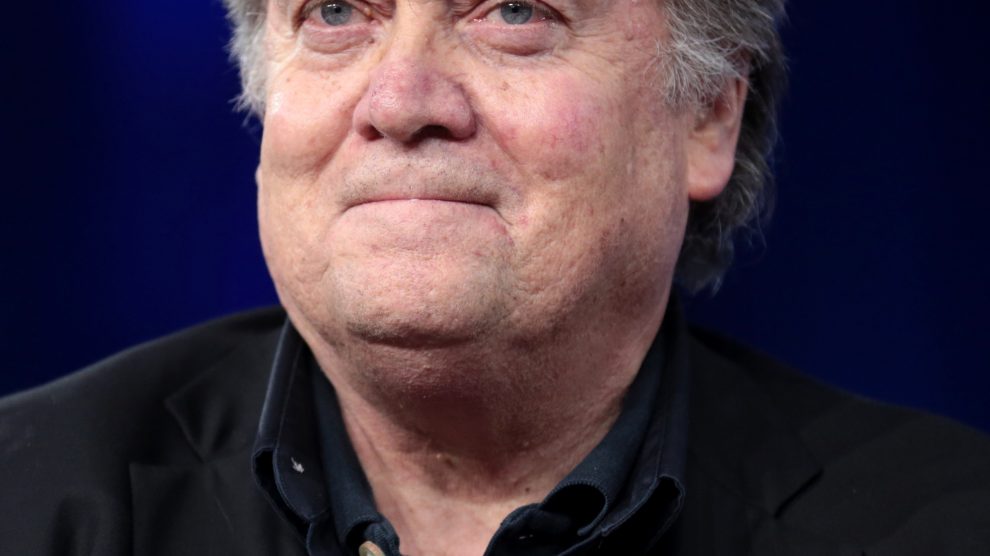 Ten months after he was dismissed as Chief Advisor to President Trump, Steve Bannon appears to have found his footing in the world of cryptocurrencies.

The former head of ultra-right media outlet Breitbart News and the man credited with delivering Trump his victory in the 2016 U.S. Presidential Election has not only stated that he is personally invested in Bitcoin, but he has also signaled his intention to be heavily involved in helping entrepreneurs and even countries launch their own cryptocurrencies through his company Bannnon investments.

It’s not exactly clear what role Bannon would have in helping launch cryptocurrencies. Bannon has kept specific plans to himself. It is known, however, that Bannon has met with cryptocurrency investors and hedge funds to work on initial coin offerings, and has even raised the possibility — whether in jest or not — of launching “deplorable coins,” an allusion to what Hillary Clinton called Trump supporters on the 2016 campaign trail. According to Timothy Lewis, a hedge fund manager who met with Bannon to discuss cryptocurrencies, Bannon has an impressive knowledge of the technology behind cryptocurrencies as well as the laws governing them.

The new foray for Bannon is not entirely surprising. The candidacy of Donald Trump, which Bannon helmed, promised voters that the status quo of Washington politics would be disrupted forever. Similarly, Bannon himself has described cryptocurrencies as a “disruptive populism,” as it’s a way “to take back control from central authorities.”

But to move cryptocurrencies from a fringe obsession to broad mainstream adoption the same way that he turned Donald Trump from a long shot contender to sitting in the White House, Bannon might find himself to be his own worst enemy. To many, his involvement in the space alone — as an alt-right, fringe figure — is enough to keep cryptocurrencies on the fringe, and Bannon himself has acknowledged this. In fact, this is the reason he has kept his plans secret thus far.

Whether we will know Bannon’s exact involvement in cryptos remains to be seen. But now more than ever, broad adoption of cryptocurrencies feels like a long way off.