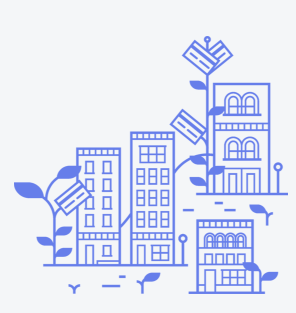 One of the virtues of the tech industry is not necessarily its ability to “innovate”—that does not really mean anything in and of itself. Innovation is actually the end of the road when it comes to improving the way something is done.

The process starts with viewing a situation in a completely different way to everyone else’s. If an innovative solution is possible, it may or may not be possible depending on the current state of technology. If impossible, then no amount of technology is going to yield innovation.

It is this ability to turn a situation upside down—and having a close look at—it that has spawned Bloom, a company that aims to get credit to those who usually could not.

Their first realisation was that different countries have wildly different systems for assigning credit, and access to credit is a core part of generating social mobility. The FICO score in the US, for example, is used by 90% of top lenders—somehow it has not been asked to disassemble on the grounds of obtaining monopoly status—leaving 45 million US citizens without credit scores. That’s around the same number of people who didn’t have health insurance prior to Obamacare!

Other countries do not get off lightly either. Bloom’s blog states, “In China, your credit score is affected by your political opinions. France, Portugal, Spain and the Nordic countries do not have credit scores, opting to only report negative information to your file. In the United Arab Emirates, religious restrictions on lending have prevented the development of a consumer credit reporting system. In the United Kingdom, you will have trouble getting a high credit score if you are not registered to vote.”

To deal with this, Bloom is in the midst of developing a system built on blockchain technology, a much safer alternative to server-based systems. Additionally, the system will be able to encode identity verification, risk assessment and credit scoring within itself.

On meeting someone who had never borrowed any money and is doing well, I would probably think “they’re quite good with money!” rather than “hmm, they’re a bit risky”. But banks require you to borrow money because that’s how they earn money, so that’s just the way it works.

Here’s the kicker: “Individuals new to the credit system and fiscally conservative people should have alternative ways of showing creditworthiness beyond incurring a high amount of debt. We are tired of hearing ‘well that’s just the way it works’ when discussing the current status of lending. This is why we are launching Bloom.”

Okay, that does sound like a bit of a promo but it also deserves a firm “yes”; has it not ever struck you as strange that big expenses like houses, cars or business loans require you to borrow money, and in order for you to prove that you can borrow money you need to have proven that you have borrowed a lot of money in the past?