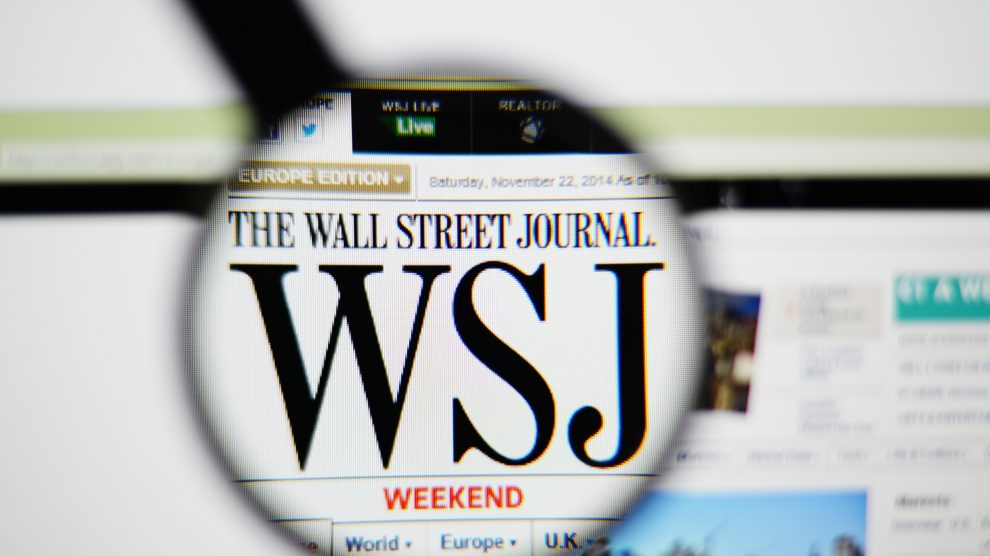 On Friday, The Wall Street Journal published an article suggesting that cryptocurrency exchange ShapeShift facilitated a North Korean agent, a stolen credit card peddler, and the mastermind of an $80 million Ponzi scheme.

The Journal’s criticism is that ShapeShift facilitates the anonymous conversion of Bitcoin, which can be tracked by the authorities to other cryptocurrencies that can’t.

The article, written by reporters Shane Shifflett and Justin Scheck, points out that although ShapeShift is officially registered in Switzerland, it is effectively run out of a 1980s-era office building in Denver, Colorado.

As part of the investigation, funds from 2,500 wallets identified as questionable were traced with a finding that $90 million that may be associated with criminal activity was laundered via 46 cryptocurrency exchanges. In breaking it down further, $9 million was laundered through ShapeShift and this, they claim, is the largest amount laundered through any exchange that has a U.S. presence.

The Journal’s investigation team, law enforcement officials, and independent researchers all claim that many suspected criminals have taken advantage of ShapeShift’s services since its foundation in 2014.

North Korean hackers used ShapeShift to exchange Bitcoin for Monero, a cryptocurrency which is largely untraceable. The reporters point out that for one year, the company took no action to identify customers through a change of policy, continuing to exchange funds from what are believed to be criminal activities.

Scheck and Shifflett suggest that intermediaries such as ShapeShift are easing money laundering with scant regulation of users who are allowed to engage in anonymous transactions. As part of the investigation, they also contacted venture capitalists that have backed ShapeShift – such as Pantera Capital, Funders Club and Access Venture Partners. Pantera and Access both confirmed that they were satisfied that Shapeshift was operating within the law whilst Funders Club had not responded.

The Wall Street Journal subsequently supplied ShapeShift with the list of addresses upon which they based their investigation. ShapeShift’s Chief Legal Officer, Veronica McGregor, confirmed that the company reviewed and banned those addresses from using the exchange.

Shortly after publication, ShapeShift founder and CEO responded on Twitter: 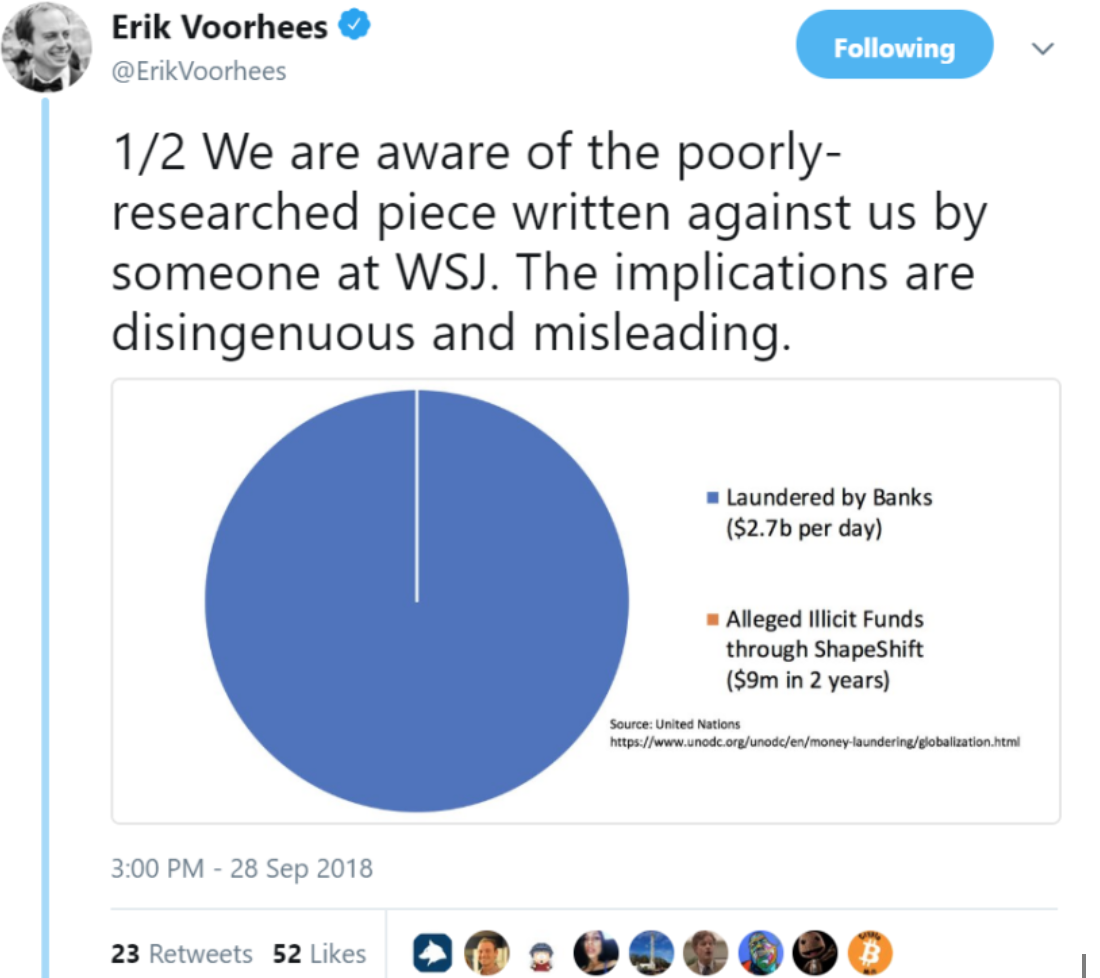 Voorhees followed up with a tweet shortly afterwards stating that the authors had cherry picked data and excluded facts that run contrary to the Journal’s  narrative of vilification. He suggests that a finding of $9 million having been laundered through ShapeShift over two years is but a drop in the ocean compared with an estimated $2.7 billion per day that is estimated to be laundered through banks.

The timing of this investigation is interesting when considering ShapeShift’s decision early last month to move away from it’s no-account model. The membership program has been launched initially as an optional loyalty program, but ultimately, it will be a mandatory requirement. At the time, Voorhees stated that ShapeShift would prefer if the collection of personal information was not a mandatory element. Many in the cryptocurrency community speculated that the decision to require personal information had been forced by the authorities.

A subsequent tweet by Voorhees stating that they were implementing the change ‘under duress’ seemed to back up that theory. However, a statement made by Voorhees in discussion with Coindesk last week quashed that theory.

“KYC [Know Your Customer] was not added as a result of any enforcement action,” Vorhees said, “but rather as a proactive step we took to de-risk the company amid uncertain and changing global regulations.”

No doubt there will be further speculation that The Wall Street Journal investigation and subsequent article will have played its part in the company’s decision.