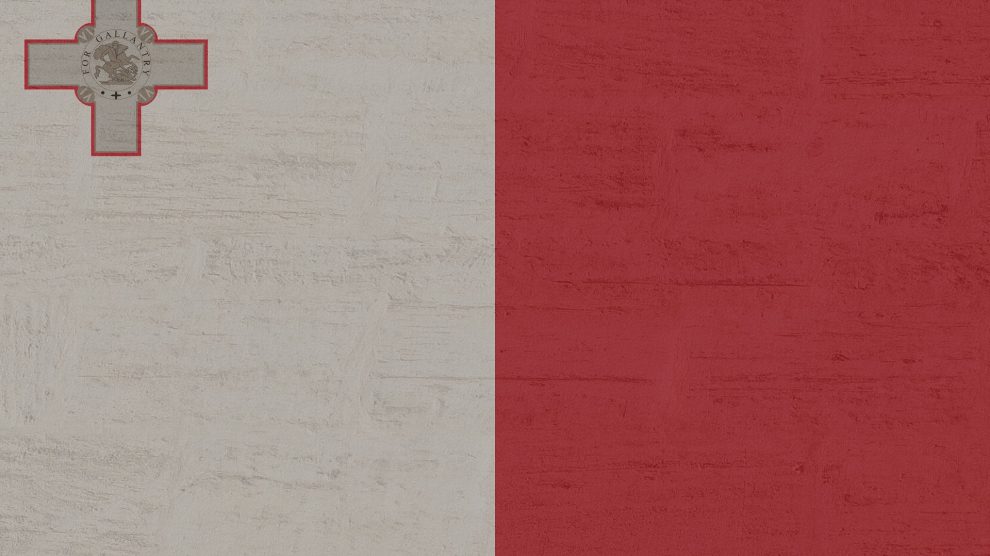 Speaking at the United Nations 73rd General Debate last Thursday, Maltan Prime Minister Joseph Muscat told the assembly that cryptocurrency is the inevitable future of money. In his speech, he elaborated on Malta’s decision to make the country a ‘Blockchain Island.’

Muscat expanded on his outlook by saying that blockchain technology has the likely characteristics to provide patients with real ownership of their medical records and verify that humanitarian assistance is reaching its intended destination. 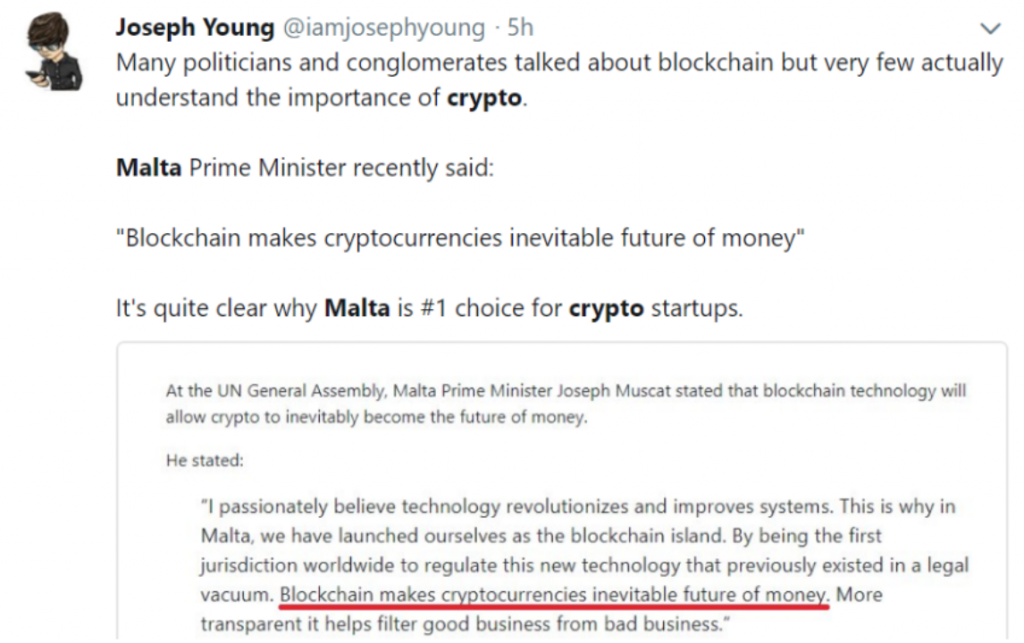 In another recent tweet, Young criticized the United States’s approach to cryptocurrency and said that it would lose out on crypto related business to a number of crypto friendly countries including Malta.

Within that same timeframe, Malta’s Stock Exchange (MSX) established the MSX Fintech Accelerator with the objective of creating an environment to support blockchain entrepreneurs and their businesses. In September, the world’s largest crypto exchange by volume – Binance – announced that it had signed a Memorandum of Understanding (MoU) with the MXE to launch a new digital exchange based upon security token trading. This came about after Binance had decided to set up operations in the Mediterranean State. Furthermore, the company took a 5% stake in a Maltese Bank with the intention of developing it into the World’s first decentralized bank.

Upon that decision by Binance to establish operations in Malta, their CEO had this to say:

“After reviewing a proposed bill, we are convinced that Malta will be the next hotbed for innovative blockchain companies and a centre of the blockchain ecosystem in Europe. Binance is committed to lending our expertise to help shape a healthy regulatory framework as well as providing funds for other blockchain startups to grow the industry further in Malta.”

There’s no doubt that Malta is making a strategic play to be at the forefront of jurisdictions providing a more progressive regulatory framework with regard to blockchain in order to nurture the growth of the technology within the island nation.