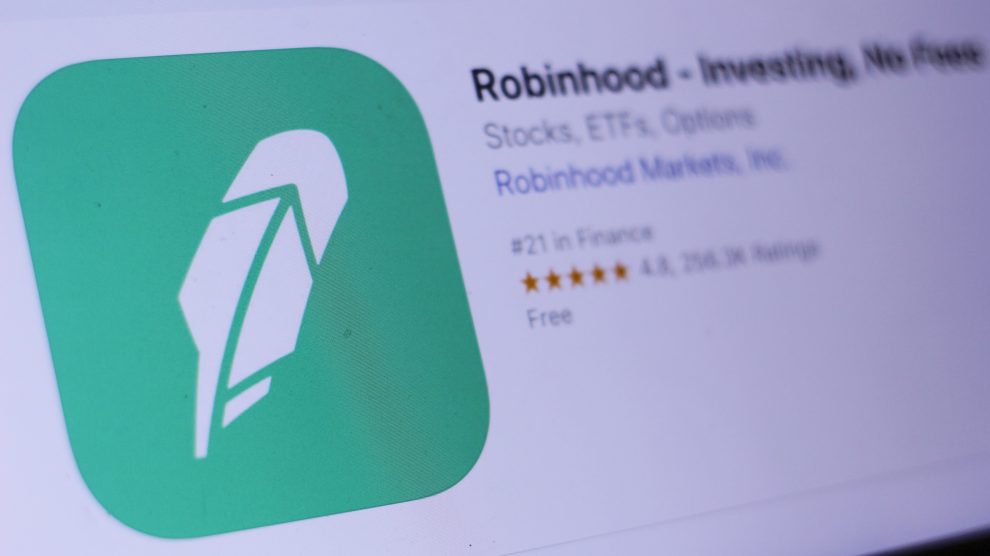 Commentary on innovative online trading platform Robinhood has been negative in recent days following suggestions that they are ripping off young and inexperienced investors whilst benefiting more professional Wall Street investors. A recent article in Seeking Alpha suggested that not only was Robinhood engaged in selling customer orders but seems to be making a lot more than their competitors in doing it.

The claim comes following the release of documents that Robinhood had recently filed with the authorities. It is involved in order flow trading, whereby a brokerage firm sells customer orders to third parties who then execute the required trade. The broker is compensated for this, but it’s usually a small percentage. It’s not an usual practice in the industry per se. However, the difference is that Robinhood is taking a significant margin comparatively.

Logan Kane is also critical of the third parties Robinhood is dealing with; “The people Robinhood sell your orders to are certainly not saints”. One of those companies – Citadel – was fined $22 million by the Securities and Exchange Commission (SEC) in 2017 for misleading clients about the pricing of trades. In comparing the disclosures between Robinhood and other leading brokers such as TD Ameritrade and E*TRADE, there appears to be a material difference between what Robinhood and other discount brokers are publicizing. To an extent, it demonstrates a lack of transparency with regard to order flow pricing.

Robinhood’s filing suggests that they charge ‘per dollar of executed trade value’. By comparison, TD Ameritrade and E*TRADE report fees charged for order flow at approximately a tenth of a cent per share.

The firms that Robinhood are dealing with are high frequency traders. High Frequency Trading is a program trading platform that utilizes high performance computing power to transact large numbers of orders within fractions of a second. He cites the background of Robinhood co-founders who previously created software for high frequency traders and hedge funds.

Kane suggests that Robinhood is conflicted in its service offering to ordinary investors if its true customers are high frequency traders. Savvy Wall Street traders are not likely to pay Robinhood tens to hundreds of millions of dollars unless they can exploit Robinhood’s retail investors for significantly more. Selling customer orders for ten times that of their competitors which leads to a clear conflict of interest which can only be bad for their customers.

The Head of Communications at Robinhood, Jack Randall, issued an official statement on Twitter:

“Robinhood, like the rest of the industry, participates in rebate programs which help customers get additional price improvement for their orders by creating competition amongst the exchanges and liquidity providers who fill the orders, often resulting in superior execution quality.”

Randall goes on to state that Robinhood is committed to eliminating conflicts of interest when it comes to executing customer orders, and for this reason, it has established the same payment rate with its trade execution partners.

He explains away the differing presentation of Robinhood’s order flow fees on the basis that as the number of shares their customers transact per dollar is higher than on other platforms, contemporary per-share rebates do not make sense for Robinhood’s trade execution partners.

The statement also deals with concerns expressed with regard to the sale of customer data to trading partners. Randall maintains that Robinhood does not, has not and will not sell customer information.

In terms of how matters had been reported, Randal expressed his displeasure:

Robinhood has innovated in the retail investing space, offering a zero commission trading platform whilst their competitors charge commissions of $5-$7 per trade. The platform appeals to millennials, with 78% of its clients under the age of 35. The platform has a very simplistic design for which it won the Apple Design Award. Robinhood’s mobile-first approach facilitated its expansion as it tapped in to a market demographic largely unrepresented or underrepresented in the sector. On average, active customers check the Robinhood App ten times per day.

Earlier this year, the number of users accessing the Robinhood App surge past that of well established competitor, E*TRADE, at 4 million – doubling user numbers in the space of a year. Last month, JPMorgan announced that they will be launching You Invest, a mobile trading application featuring free trades in what looks like a clear acknowledgement of Robinhood’s successful business model.

Robinhood believes that this expansion was enhanced as a consequence of its decision to add cryptocurrency trading to the platform. That milestone was achieved in February of this year – with the roll out happening on a state by state basis. It’s expected that it will have accomplished crypto trading in all states by year’s end.