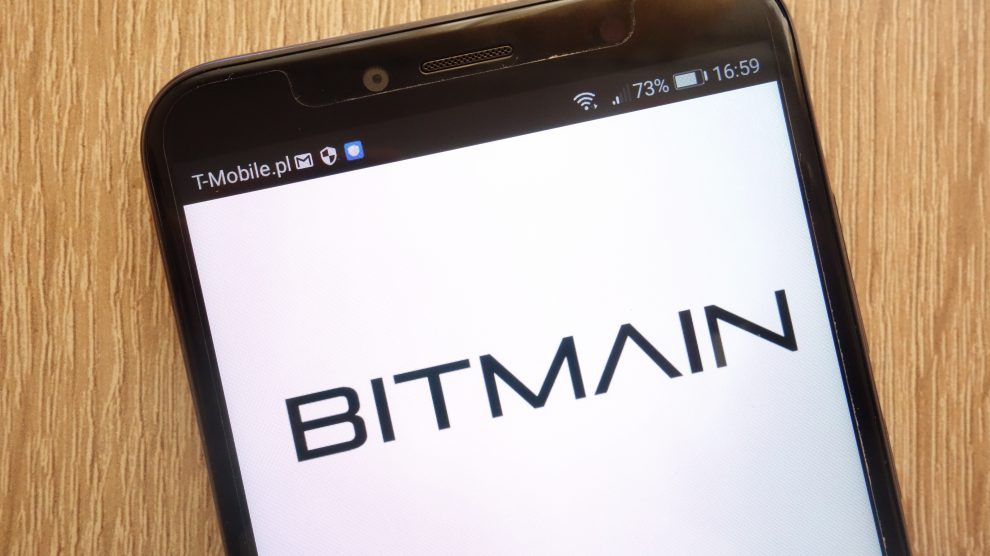 Following many weeks of speculation, crypto-mining behemoth Bitmain formally submitted it’s Initial Public Offering (IPO) application with the Hong Kong Stock Exchange – including an IPO Prospectus. They propose to list the company with a weighted voting rights structure, with shares to be issued not having equal voting rights to those of the existing largest shareholders.

There has been much contemplation in the industry with regard to what the value of the overall IPO would be. However, that remains unclear as the company have not as yet clarified what amount they are aiming to raise through the IPO. Equally, it has yet to be revealed the precise timetable for the IPO and the number of shares offered.

Here are some of the main takeaways from the filing:

The company believes its own growth rates are closely correlated to the growth of the crypto-market as a whole and they cite Coinbase’s growth from 500,000 customers in 2013 to 20 million in 2018 to demonstrate the point.

Within the documentation, it’s confirmed that the two co-founders of the company – Jihan Wu and Micree Zhan – hold 20.25% and 36% shareholdings respectively. Wang Xiaochaun, CEO of Chinese search engine Sogou is also amongst the largest shareholders.

In relation to U.S. regulation, Bitmain isn’t aware of any U.S. federal laws that forbid the importation of mining rigs, nor the selling or manufacturing of the mining equipment within its borders. However, it does acknowledge that the position of crypto-assets is constantly changing under U.S. federal and state law. The relevant U.S. regulatory agency decides on jurisdiction of each crypto-asset dependent on the characteristics and usage. There’s a realization that regulatory changes are significant in terms of the future prospects of the company.

Bitmain intends to pursue a strategy of sustained investment in ASIC chip design – a chip format that has been central to crypto-mining and the initial success of Bitmain. These chips increase computational efficiency whilst decreasing power consumption. This strategy will be facilitated through aggressive recruitment.

The insight provided into Bitmain’s current technical staffing is impressive. As of June of this year, the company had a team of 840 full time engineers focused on chip design, platform design, software, and hardware development – accounting for 30% of its entire team. Earlier this month, the company announced the design of a cutting edge seven nanometer ASIC chip, for which mass production is due to commence imminently.

Another part of it’s strategy is to ramp up its involvement in the blockchain ecosystem generally through investment in crypto start-ups although it’s not clear what level of investment they have in mind to fund this.

Bitmain has alluded to an interest in AI technology in the past and its IPO prospectus outlines an intention to continue to invest in artificial intelligence technology. It sees its core competence in ASIC chip design as a competitive advantage that gives them a footing in this nascent technology with a specific focus on augmented reality, facial recognition and big data analysis.

Bitmain has 11 mining operations in China with each mining farm having the capacity to run 20,000 mining rigs. Whilst the majority of the company’s mining operations are located within China, the company is in the process of bringing three U.S.-based mining facilities online by Q1 of 2019 – in Washington State, Texas and Tennessee. Bitmain is also currently looking at the possibility of establishing another mining facility in Quebec, Canada, where cheap hydroelectric power is available.

Bitmain acknowledges that it has gotten it wrong with regard to anticipated demand for mining equipment in 2018. The downturn in the market has resulted in Bitmain holding an equipment inventory valued at $1 billion, which it is struggling to sell. A report published last month by investment research firm Sanford C. Bernstein & Co. suggested that there may be a need to write down that inventory.

The potential write down is not just due to a downturn in the cryptocurrency sector generally but also a narrowing of the gap in terms of competitive pressures in the market. Competition is catching up in terms of chip design which up until now has been central to the company’s success. That’s also reflected in terms of margins. In the first six months of 2018, gross margin has dropped by 12% by comparison with what was achieved in 2017 and 18% when compared with 2016.

Whilst maintaining that it has sufficient working capital, Bitmain has stated that it will adjust procurement and prediction planning in order to maintain an appropriate liquidity level. Aside from inventory excess and a sales slowdown, Bitmain are taking payment in cryptocurrency from some mining partners and customers. There are concerns that this is having an effect in terms of available working capital. Bitmain gambled heavily on the success of Bitcoin Cash (BCH) and hold a considerable amount of the cryptocurrency. It has accounted for those substantial holdings by way of the acquisition price and not calculated as per current market price. BCH unit price has risen by 20% following news of Bitmain’s IPO filing.

Bitmain’s rise in the space of only five years has been nothing short of spectacular. Its revenues and results for 2017 are healthy. The only question that otherwise remains unanswered is with regard to the sustainability of the business. No doubt the coming months will reveal more as to whether the company can maintain the momentum.