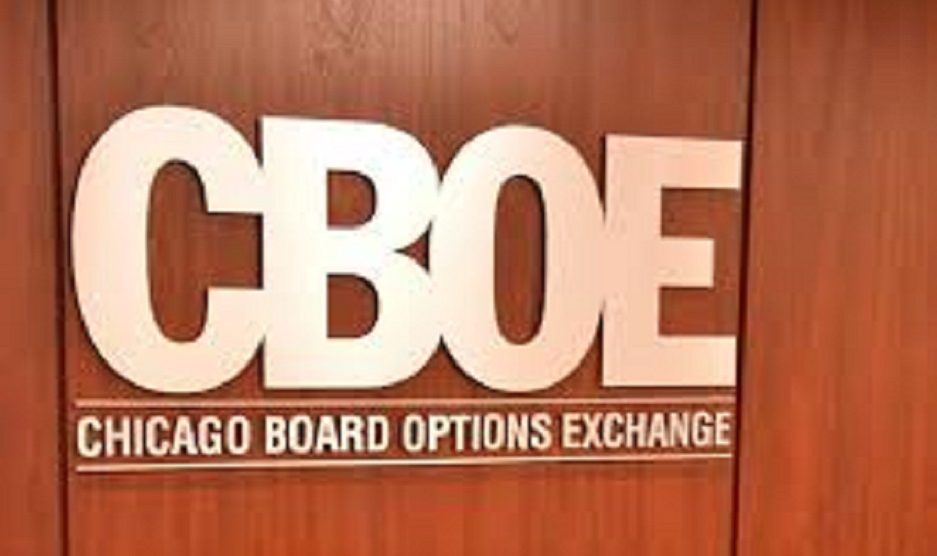 At a media event on Wednesday, Ed Tilly CEO of Cboe Global Markets said that the growth of Bitcoin futures is dependent upon the approval of a Bitcoin exchange traded note (ETN).

Whilst speaking at a media luncheon on Wednesday, Tilly explained that growth in the Bitcoin futures market is being hindered by a lack of a note or tracker linked to the price of the cryptocurrency which would provide a benchmark or reference point for retail customers, facilitating them in investing.

Since their launch, the cryptocurrency market has tanked and the level of futures trading is much lower than had been foreseen by many.  ETN’s are denominated in smaller amounts meaning that they are accessible to retail investors whereas futures have a higher barrier to entry and require a separate account to be set up.

“The power of having that future there is also having an ETN that is more attractive to retail, and then institutions can lay off risk on the listed futures market”, Tilly said.

“Absent that leg and introducing trackers or notes, I think we will be in this, ‘It trades every day, but it is not the story’”, he added.

At launch, many people believed that the advent of Bitcoin futures would result in an influx of institutional money.  A year ago, the Cboe futures exchange had 5,306 open Bitcoin futures contracts whilst today, the number is 3,420 – representing a contraction rather than an expansion in terms of volume.  The options exchange’s most popular futures contract is Cboe Volatility Index (VIX) futures.  As it stands today, there are 370,354 such contracts open – meaning that the volume of crypto-based contracts is just a drop in the ocean are now.

The options exchange CEO underscores the VIX as an example and suggests that it is so successful due to the number of financial products associated with it.  Tilly says that the VIX calls upon the pool of liquidity provided for by the S&P 500:

“There are trackers and replicating notes that lever up that exposure.  All of that works together.”

Over the course of 2018, a plethora of financial services companies have been trying to get an exchange traded fund (ETF) approved.  Last July, the securities and exchange commission (SEC) turned down such an application from the Winklevoss Bitcoin Trust.  The following month, it refused nine similar applications from other companies.  In the next few weeks, it will make a decision on a Bitcoin based ETF application put forward by VanEck.  However, that may be delayed and pushed back once again – in this instance, due to the ongoing U.S. government shutdown.

At one stage, one of the SEC’s commissioners – Hester Peirce – made it known publicly that she didn’t agree with the commission in refusing one particular ETF.  She has since said that a crypto ETF could be approved in a matter of days or a matter of years.

The SEC has set out the rationale behind its decisions.  It is uneasy in approving a product that in terms of regulation, it doesn’t have jurisdiction over when it comes to the actual market itself.  Tilly understands the rationale of the regulator.  “How do I protect the U.S. customer from manipulation in a market that I don’t regulate?”, he said.  “You answer that question, you get your first ETN.”

Many others in the industry are frustrated by the inability or unwillingness of the SEC to approve a Bitcoin ETF.  Existing securities laws date back to the 1940’s and depend upon the ‘Howey Test’ – an outcome from a 1946 supreme court decision.  With that, the feeling within the crypto space is that the existing process is not best placed to deal with a nascent technology like cryptocurrency and blockchain.

To that end, two separate attempts are currently being made to have cryptocurrencies and digital tokens exempted from SEC regulation.  At state level, two senators in Colorado have put forward proposed legislation which has been dubbed the Digital Token Act.  At national level, a bill known as the Token Taxonomy Act has been proposed by congressmen Darren Soto (Democrat, Florida) and Warren Davidson (Republican, Ohio).

Nasdaq CEO: ‘Digital Currencies Have a Role in the Future’
Coinstar Kiosks Across the U.S. to Sell Bitcoin