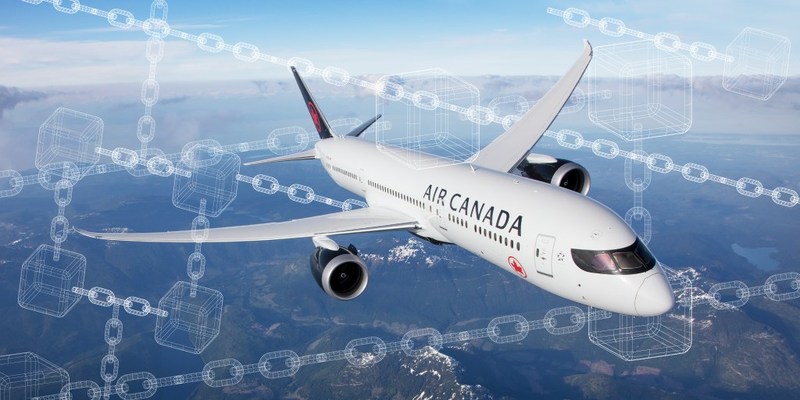 Canadian flag carrier, Air Canada announced on Wednesday that it had signed a letter of intent to become a participant in a blockchain-based, decentralized open-source travel distribution platform.  The provider of the platform is Switzerland-based startup, Winding Tree.

“We are pleased to be participating with Winding Tree in this innovative project for a new travel distribution channel.  As Canada’s largest airline, and a global leader in innovative airline distribution solutions, Air Canada recognizes the importance of leveraging this next generation technology.  We plant to integrate Air Canada’s Direct Connect API with Winding Tree’s public blockchain platform, giving blockchain-savvy users the ability to access our content directly from the source.”

The Founder and Chief Operating Officer of Winding Tree – Pedro Anderson – remarked on the significance for the company in partnering with their first North American carrier.

Winding Tree is a decentralized business to business marketplace built on the Ethereum blockchain. Their aim is to decentralize the distribution network of the travel industry.

The travel industry is a highly centralized sector with a layer of middlemen implicated in the delivery of products and services.  Winding Tree utilize blockchain technology to remove these intermediaries from the process – thus eliminating fees and reducing friction.

Winding Tree provides for an open marketplace on the blockchain and facilitates immediate payment. This contrasts with the current model where businesses may have to wait for some weeks to receive payment from third party intermediaries.

Air Canada is not the first in the industry to partner with Winding Tree.  In fact, amongst it’s own group of peers within Star Alliance, one of the airline industry’s airline alliances, Lufthansa have already been collaborating with Winding Tree for over a year. The German airline took their interest a step further by investing in the Swiss start-up’s Initial Coin Offering (ICO) at that time.

Even a whole country has teamed up with the blockchain based enterprise.  Aruba’s ATECH foundation – a body responsible for technical development on the Dutch Caribbean Island – are collaborating with Winding Tree in an attempt to cut out overseas intermediaries and maximize value for the Island nation’s vital tourism industry.

This sustained pattern of alliances with such well known airlines suggests that there is a growing confidence in Winding Tree’s offering.  The airline industry involves a complex supply chain and supplier network ecosystem.  It seems that blockchain is beginning to make in-roads in bringing about synergies which should make processes simpler and add value for all stakeholders.