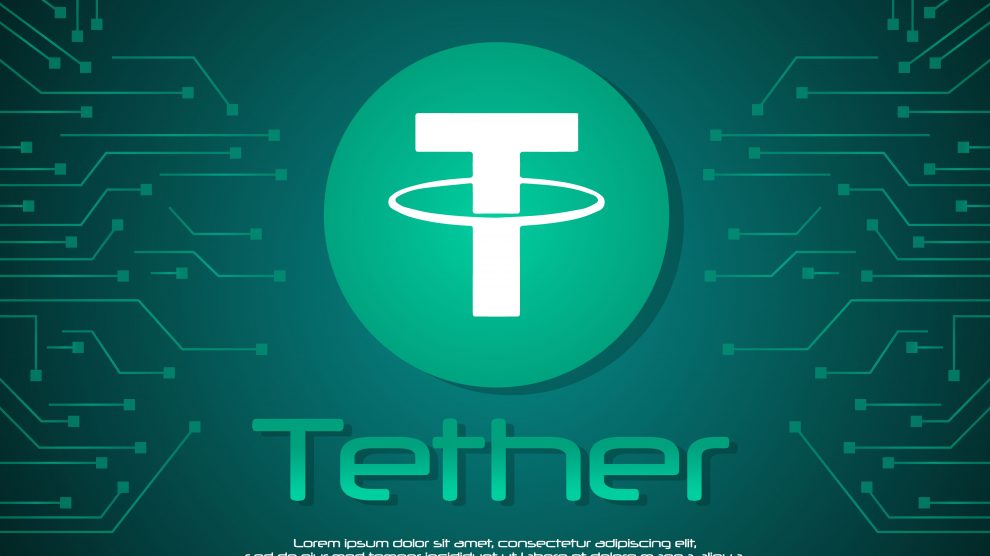 In a post published on their website Wednesday, stablecoin Tether clarified that it had burned significant amounts of USDT tokens over the course of the past week.  It further stated that it would remove 500 million USDT from circulation.  The statement goes on to say that this redemption of tokens is in line with the policy on token issuance and redemption as set out in the Tether whitepaper.

The whitepaper for the stablecoin describes the redemption process: 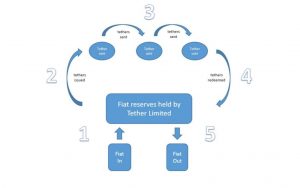 Tether describes step 5 as the point at which it destroys the Tethers and sends FIAT currency to the user’s bank account.  The whitepaper goes on to clarify that Tether is the only party that can issue or redeem/destroy Tether tokens.  However, ‘Bitfinex’ed’ – a Twitter user infamous in the crypto-community for his/her perennial criticism of Tether and Bitfinex disputed the legitimacy and accuracy of this process:

“Not one person can come forward and say that they converted Tethers to dollars and got wired money from Tether.  Are they simply buying their own tokens for less than a dollar?  Did they redeem in dollars or something else?”

There has been some speculation that sister company Bitfinex may be assisting in withdrawing Tether from the market entirely and getting out of the stablecoin business.  One cryptocurrency researcher identified that Bitfinex had sold off 100,000 Bitcoin.  It’s being suggested that this may have been liquidated in order to cover the cost of this large-scale Tether redemption.

The other possibility is that by reducing the amount of USDT in circulation, the price would be buoyed. Tether had come in for criticism in recent days as the price had plummeted against the U.S. dollar.  As a stablecoin, it’s expected to remain on parity with the U.S. dollar as it is essentially pegged to the dollar.

The supply of Tether in circulation has dropped by approximately 25% in the space of around 10 days. Kasper Rasmussen, Director of Communications at Bitfinex, told Coindesk:

“[The burning of tokens] does not have anything to do with defending dollar parity.”

Rasmussen went on to clarify that Tether tokens are redeemed and/or destroyed when the total amount of tokens in circulation exceeds the amount required for both Bitfinex and Tether to operate.

Recent days have also seen announcements from a number of exchanges with regard to stablecoins. Global cryptocurrency exchange Huobi announced that they were adding four U.S. dollar-backed stablecoins to the exchange.  These included TrueUSD (TUSD), Circle’s USDCoin (USDC), the Gemini Dollar (GUSD) and Paxos Standard Token (PAX).

Well known U.S. based exchange Coinbase also announced the addition of stablecoin USDCoin (USDC).  It’s thought that the recent uncertainty with regard to Tether may have been the catalyst for these listings.

Over the past year, there has been ongoing speculation as to whether Tether actually has the U.S. dollar reserves to back each Tether token.  Following the dissolution of its relationship with auditors Friedman LLC at the end of last year, Tether has been either unable or unwilling to provide concrete proof that each token is backed – and has always been backed – with the appropriate dollar reserves.

Earlier this year, its lawyers reported that it had adequate reserves.  However, the information supplied did not confirm that to be the case for the duration.  Furthermore the vetting amounted to an unofficial audit which did little to quell the speculation.

Well known cryptocurrency investor Mike Novogratz recently suggested in an interview with Bloomberg that Tether has been responsible for it’s own troubles in recent times:

“I think Tether didn’t do a great job in terms of creating transparency.”

Novogratz said that he favoured use of the recently launched Gemini Dollar – a stablecoin pegged to the U.S. dollar – because it has State Street as a correspondent bank.

At one point, it would seem that a full independent audit would be sufficient to appease investors and the greater cryptocurrency community as to the robustness of the stablecoin.  However, the brand seems to be so tainted at this point that it’s simply too late.  Tether may be redeeming tokens but it seems that it can’t redeem itself.