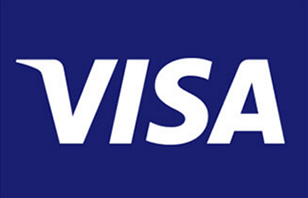 In a press release issued on Sunday, Visa has clarified further details on a project that has been in the works for some time.  They will partner with IBM in order to facilitate a blockchain based digital identity platform.

Visa has been working on a project known as Visa B2B Connect over the last few years.  It is a business to business payment service with the cooperation of a number of participating banks.  Its objective is to allow a banks corporate clients to pay their vendors and be paid by their own customers.  The project facilitates the banks to develop an end to end business to business payments solution for cross border and cross currency transactions which are optimized in terms of security, speed and simplicity.  In this way, the challenges of traditional cross border and cross currency non-card payments are addressed.

The solution is targeted at a variety of industry verticals including supply chain, trade and institutional banking.  To achieve this, a distributed ledger platform has been used.

Visa has decided to incorporate Hyperledger Fabric into the platform.  Hyperledger Fabric is an open source blockchain framework implementation hosted by The Linux Foundation.  IBM was principal amongst those who contributed towards the production of this blockchain implementation. Visa feels that this addition will help provide for an improved process in order to execute financial transactions on a scalable, permissioned network.  This is one of the aspects of the project that has led to the collaboration with IBM – given their experience with Hyperledger.

“When industry leaders in payments and in financial services technology work together using open source technology, the entire business landscape stands to benefit.  IBM Blockchain Platform and Hyperledger technology are delivering real business value today and B2B Connect is one of the most powerful examples to date of how blockchain is transforming payments.”

Incorporated within the overall suite of their B2B Connect offering is the blockchain based digital identity system.  Sensitive business data such as banking details and account numbers will be tokenized, providing them with a unique cryptographic identifier which will be used for transactions on the permissioned network.

Phalen believes that their application of digital identity will greatly reduce the opportunity for fraud that would otherwise occur with checks, ACH and wire transfers.

Among the banks that Visa had previously revealed as participants in the pilot project are South Korea’s Shinhan Bank, the Union Bank of the Philippines, Singapore’s United Overseas Bank and U.S. based Commerce Bank.  More recently, Thailand’s Kasikorn Bank signed up as a participant.  The system is set to go live commercially within the first quarter of 2019.

There has been some confusion amongst some cryptocurrency commentators surrounding the announcement.  IBM has been working on projects which utilize cryptocurrency Stellar (XLM) and is seen as a strong backer of the cryptocurrency.  By implication, Visa has a similar experience.  They have collaborated on the project with a company called Chain – which was acquired recently by the organization behind Stellar.  Many are surprised that the press release identified Hyperledger rather than Stellar as the key blockchain protocol.

There are a number of contenders emerging with the very same concept of reducing friction in the cross border and cross-currency payments process by way of blockchain technology.  Last month technology company Ripple suggested that their service offering – xRapid – is likely to go live soon. They already have a product offering launched which doesn’t use blockchain but rather uses the conventional correspondent banking system. Additionally, JP Morgan is developing it’s own blockchain-based offering – Interbank Information Network (IIN).

The historical inefficiencies in the incumbent system – SWIFT – are well known and it appears that it’s only a matter of time before that dominant player is usurped by one or more of these innovative technological solutions.