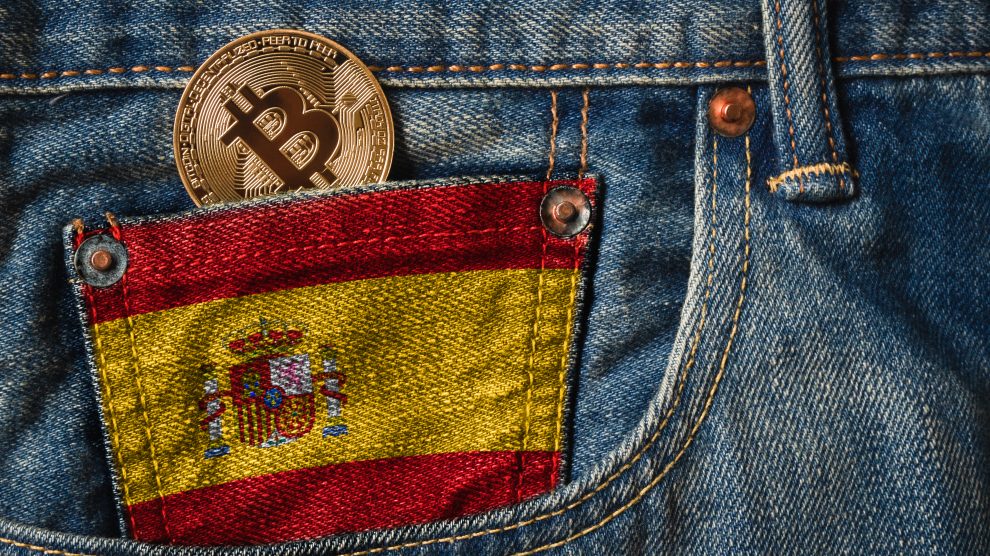 According to a local news source, a draft bill implicating cyptocurrency which had been before Parliament has been signed off on by the Spanish Government.  Once it becomes law, the legislation would mean that Spanish citizens who trade cryptocurrency will be forced to reveal their crypto asset holdings in order to be tax compliant.

People with cryptocurrency located abroad will also have to declare that digital currency on their 720 form – the nations tax document which covers assets held overseas.  Failure to report those assets by way of the annual tax return could result in a penalty of up to $5,745 for each instance.

The measures were approved in the Council of Ministers on Friday.  Subsequently, Finance Minister María Jesús Montero announced the new rules at a press conference.  Montero said:

“It is stated as mandatory that people and companies inform the Tax Agency about this operation.”

The Spanish authorities are clearly tightening the regulation of cryptocurrencies in terms of how they relate to tax and tax compliance.  Earlier this year, the Spanish Tax Agency (AEAT) sent requests to more than sixty crypto-related businesses wanting them to provide details related to their clients.

Related to that action, a National Office of Fraud Investigation (ONIF) inquiry into bank accounts held abroad by crypto exchanges registered in Spain took place.  Exchanges were queried as regards their accounting practices in relation to crypto transactions.

It’s believed that in addition to tackling fraud, the aim of these measures is to monitor and control the financing of operations linked to the Catalan independence movement.  Prominent Catalan nationalist and former President of the Government of Catalonia – Carles Puigdemont – had previously requested donations in Bitcoin so as funding could not be tracked.

This move by the Spanish feeds in to a general mish mash with regard to the application of regulation and tax law in relation to cryptocurrency throughout Europe.  There are signs that countries are getting closer to a proper regulatory framework but they have not reached the point of a complete unambiguous structure yet.

The European Union has been looking at the issue of regulation but whilst there has been discussion, there is nothing concrete in place right now.  Countries such as Poland and Ukraine have changed tact with regard to cryptocurrency regulation and tax laws as they were deemed to apply to crypto.   Meanwhile, Malta and Portugal have been far more progressive by comparison with their European peers in implementing a firm set of cryptocurrency regulations.

According to a survey carried out by Statistica, one in ten Spaniards holds cryptocurrency – more than citizens of France, Germany and the United Kingdom.