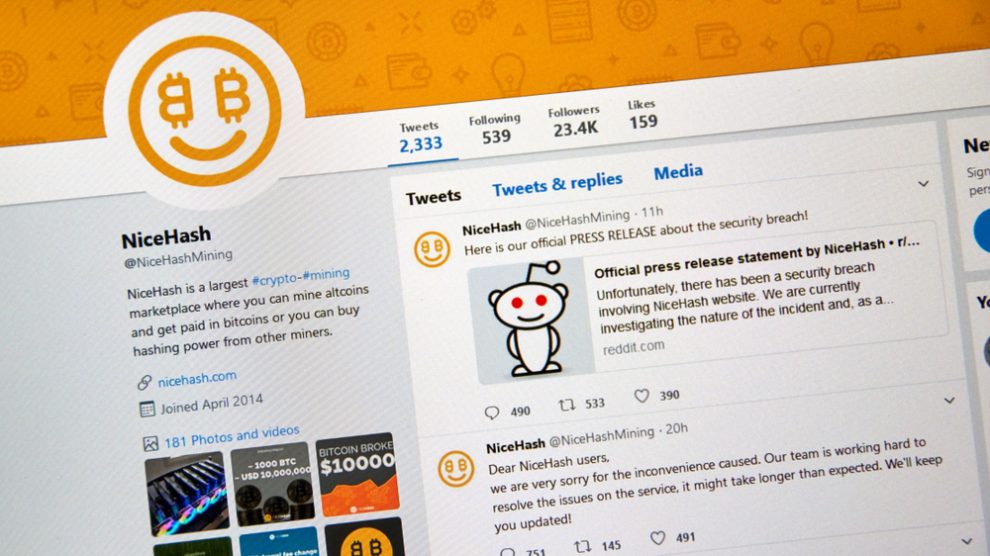 Twitter has followed Facebook and Google in banning cryptocurrency adverts which has sent Bitcoin’s price into another downward turn. Facebook was the first of Silicon Valley’s Finest to ban cryptocurrency adverts, ostensibly because uncertainty over how safe the market is was high and Facebook did not want to be responsible for any untoward effects. However, it was shortly after Facebook had had to admit to Russia having used the platform to influence the 2016 US election and the company could just as well have been covering themselves.

Google then follow suit, both in terms of banning cryptocurrency adverts and in terms of having a similarly flakey justification for doing so. Since then it was only a matter of time before Twitter also banned the adverts, lending further weight to the idea that doing so is mostly about bandwagon occupation rather than true justification.

“We are committed to ensuring the safety of the Twitter community. As such, we have added a new policy for Twitter Ads relating to cryptocurrency,” a Twitter spokesperson told CNBC Monday. “Under this new policy, the advertisement of Initial Coin Offerings (ICOs) and token sales will be prohibited globally.”

Bitcoin’s price has been falling today and currently sits below the pseudo-important $8,000 mark. Each time cryptocurrencies have been banned from another major site the price of Bitcoin falls before mildly recovering, though this latest fall has been a particularly low one.

The advertising sites are seen as important given that they are some of the biggest. Though, interestingly, LinkedIn is yet to ban cryptocurrency adverts. This adds interest to the idea that there’s a bandwagon effect, since LinkedIn has been the “nice” social media platform, much less overrun by the harassment and ill-will prevalent on Twitter. Having been much less in the headlines, LinkedIn may feel it unnecessary to ban crypto-adverts.

The move by Silicon Valley’s Finest comes amid SEC moves to get more of a grip on cryptocurrencies, all of which is despite the fact that Mark Carney, Governor of the Bank of England and chairman of the Financial Stability Board, said at a G20 meeting earlier this month that cryptocurrencies are not a threat to the current financial system.