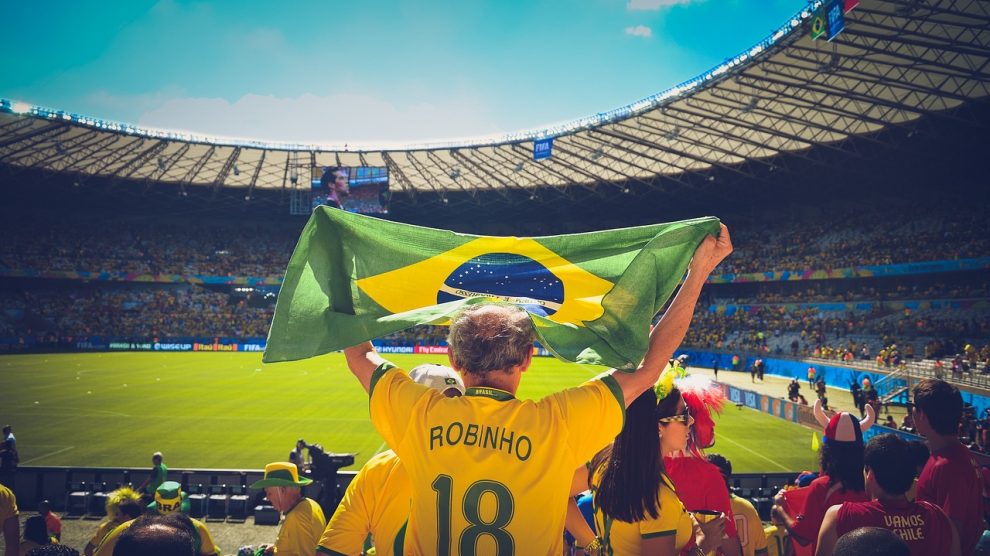 Inoovi is the Brazilian crypto startup hoping their IVI tokens can link football fans and cryptocurrency.

The startup identifies football fans as the effective ‘investors’ of the sport: buying merchandise, tickets to matches and in turn generating billions in sales per year, keeping the game alive.

Similarly, cryptocurrency investors are what help sustain the digital currency, allowing it to constantly develop whilst also generating new services and products.

However, the difference Inoovi have identified between the two types of investors is that sports fans tend not to receive a lot in exchange for what they pay for, other than access to the games themselves.

Crypto investors, on the other hand, benefit from the constant opportunity to make a profit on their investments as they gain in value, should they ever wish to sell them.

This is where IVI tokens come in.

In order to ensure football fans receive something in exchange for what they pay for, Inoovi’s blockchain-based IVI tokens work alongside Brazil’s top football teams and the latest VR and 360º streaming technology services to offer fans unique interactive sporting experiences.

From virtually attending the training sessions of their favourite teams and meeting the players they most idolise, to virtually watching matches as if they were live from the VIP spectator box, IVI tokens offer a range of benefits for Brazil’s most dedicated football fans.

Thanks to high-level technology, these virtual experiences will be available to access via virtually any digital device: from laptops, to tablets and even smartphones.

In addition to the range of benefits IVI tokens offer, the startup claims they also open up opportunities for investment in a sustainable digital currency option for the future. Customers will receive their own IVI wallet, with access to special bonuses and awards, as well as the opportunity to use their tokens as a form of payment in online shops that choose to work with Inoovi.

As of September this year, the tokens will be available for purchase at the current rate of R$ 4.68, equivalent to just over one US dollar. Notably, however, this is not a fixed price and rates are subject to change as per market activity.

In fact, Inoovi are not the first in Latin America to link cryptocurrency with football. In May this year, Colombian star player James Rodríguez was reported to have launched his own cryptocurrency, which also works on a token basis.

Inoovi currently work with two Brazilian football teams, Paraná’s Atlético PR and São Paulo’s Corinthians. However, the plan is to expand across the country, which is short of neither teams, nor fans.

Speaking to Latam.tech in a previous interview, Inoovi’s PR director commented, “So many other football clubs are going to sign very soon…we are working on improving every day because the world is moving. We are moving all together. We are calling all sports clubs to join IVI. All fans to join IVI. A new era of sports is coming using this famous crypto/blockchain technology.”

This article was originally published by Sophie Foggin on Latam.tech.

Healthcare on the Blockchain? An Executive Tells Us What That Might Look Like
SophiaTX Launches Enterprise-Ready Public Blockchain