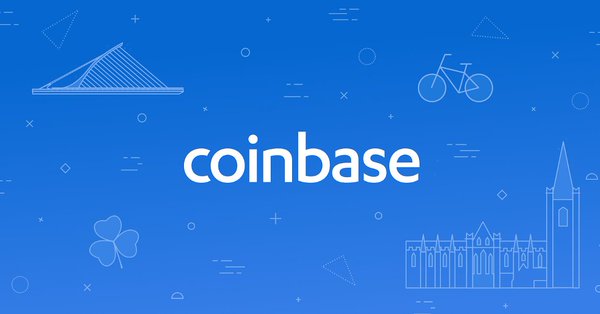 San Francisco based Coinbase – one of the worlds largest cryptocurrency exchanges – has established an office in Dublin, Ireland.  Coinbase Vice President of Operations and Technology, Tina Bhatnagar, announced the expansion via the company blog on Monday.

Bhatnagar stated that expanding the company’s presence in Dublin helps to ensure that Coinbase is seen as a trusted cryptocurrency platform in Europe.  She added that the company had seen the largest increase in it’s customer base in the European market in 2017 – over and above all other regions.

As the cryptocurrency exchange continues to scale, it has identified a need for the recruitment of more specialist talent.  The company assessed a number of European bases but chose Dublin due to the depth of the local talent pool. Ireland has long been a hub for fintech and technology companies.  Many of the global tech giants have bases there – including Google, Facebook, Microsoft, Apple, Airbnb and Twitter.

“Dublin is a talent hotspot for companies like Coinbase as they scale and internationalize critical business operations.  We look forward to welcoming Coinbase into the Irish economy, and helping them access our talented pool of young professionals from the technology and financial services sectors.”

In July, the company registered a new subsidiary company, Coinbase Ireland Limited.  Recruitment is well underway with a number of senior positions listed on the careers section of the company website.

The Dublin based team will compliment existing Coinbase operations in London according to the company.  Whilst this may be the case, it also appears that Coinbase has joined the growing list of financial services companies that are hedging against the implications of Brexit by either moving operations in their entirety or setting up another base outside of the United Kingdom yet within the Euro area.

London has historically been a key hub for financial services.  The advent of Brexit has led to companies looking for alternative options which in turn has resulted in a number of locations throughout Europe competing for this business.  Dublin has been key amongst them due to it’s proximity to London, having an existing Fintech talent pool and being English speaking which eases the transition in the event of staff being transferred.

Coinbase told Reuters that their Dublin base will allow the company to retain it’s ability to sell services within the European Union area in a post brexit scenario.  Whilst cryptocurrency remains largely unregulated in the majority of EU countries right now, Coinbase is licensed to provide currency related services across 23 of the European Union’s 28 nation states.

“It ticks a lot of boxes – ranging from giving us a contingency, helping us plan for all eventualities for Brexit and engaging with Europe through another base.”

Although more recent analysis suggests the figures not to be as high as originally envisaged, the UK still stands to lose between 5,000 – 13,000 jobs by the time Brexit is implemented in March 2019.  Fintech features prominently in these figures and the extent of the jobs transfer will be dependent upon the final deal which is reached between the United Kingdom and the European Union.

UK Chancellor of the Exchequer, Philip Hammond suggested that blockchain technology may resolve the issues of trade between the UK and EU at a recent Party Conference.  His view is that the technology would help in reducing friction in cross-border trade processes – particularly in the difficult case of the land border with the Republic of Ireland.

Like the vast majority of cryptocurrency exchanges, Coinbase grew exponentially in 2017 – recording revenue in excess of $1 billion.  However, trading volume reduced dramatically in the U.S. following the December 2017 market peak.  The European market has become more significant for the company as a consequence and it will be interesting to see how it develops as the company manages the brexit transition.