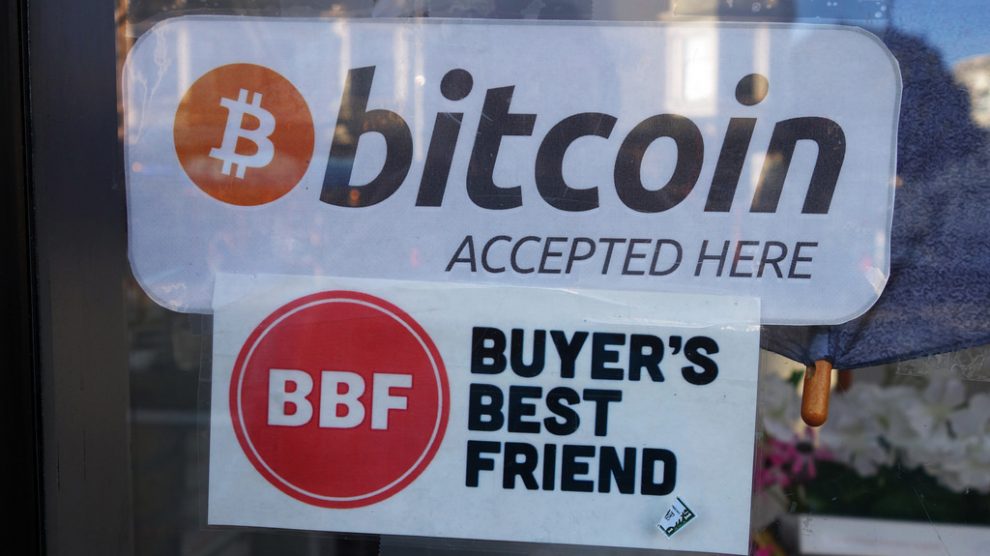 The Great and The Good of the banking world know not of what they speak: Nobel laureate Robert Shiller was the latest member of the ‘Economics Establishment’ to take a swipe at Bitcoin during the WEF conference in Davos, Switzerland.

“Bitcoin is another really clever idea, I’m impressed with the technology, but it seems to me that it’s technology for something else…. I tend to think of Bitcoin as an interesting experiment, it’s not a permanent feature of our lives. We’re over-emphasising Bitcoin, we should broaden it out to blockchain, which will have other applications,” Shiller said. He was one among many at the conference – whose quotes I won’t bore you with – to say, in essence, that cryptocurrencies are just a fad.

This follows various comments by JP Morgan Chase CEO, Jamie Dimon, (who called Bitcoin a “fraud”) and Berkshire Hathaway mogul Warren Buffet (who said cryptocurrencies would come to a “bad end”), all of which add up to a feeling that the Old Guard don’t seem so keen on the new kids. Cryptocurrencies have barged in, uninvited and barely announced, to ruin the system they’ve spent so many years getting to know and rising to the top of. The disruptive, uncouth and economically illiterate cryptokids are threatening the very foundation of their livelihoods.

Ye gods, one would expect nothing more than their barbed comments which hardly veil the contempt they hold for these upstarts who refuse to learn the monolithic system they laboured over, and instead look to create their own system which doesn’t require their will to be bent towards it. But in allowing their indignation to get the better of them they have missed certain key parts of Bitcoin, and thus the cryptocurrency story, which exclude them from being seriously demoted to the level of a fad or mere intrigue.

The first thing ‘The Established’ are missing is the way these cryptocurrencies play amongst each other. Many who see a significant future for cryptocurrencies would agree that Bitcoin is an interesting experiment, instead they would agree with the idea that it’s just an interesting experiment. (Having said that, the crypto world is tribal and I’m sure many Bitcoinistas would disagree furiously with anyone who doesn’t love Bitcoin.) Generally speaking, the value most see in cryptocurrencies is a future potential, with obstacles between this point and yonder, but obstacles which are surmountable by sheer force of brain power. The way the cryptocommunity will solve the obstacles (like transaction speeds and times) is by experimenting.

There is nothing about the way cryptocurrencies work which suggests that Bitcoin has to stay the frontrunner, Ethereum has made impressive ground on the basis of being a solid idea. Different cryptocurrencies have different functionalities, so their value is held by the consensus opinion of the quality of their capabilities. Which simply, as a founding theory, makes much more sense than a currency which is dominant simply because it always has been, or because the government can regulate it. Every other part of progress, be it politics, business or science, is dictated by innovation being born of the free pursuit of ideas and then evaluated by the requisite community – a philosophy The Established would usually afford full-throated praise and, if required, defence.

Beyond the philosophical lie a series of tangible events which also strongly suggests it would be folly not to take cryptocurrencies seriously. None of these are news, they are the biggest events to befall Bitcoin. Silk Road, the online drugs and contraband emporium which functioned on Bitcoin, was felled at a time when it was all anyone knew about Bitcoin. And Mt.Gox, the largest Bitcoin exchange, was hacked, a $460 million disaster. If Bitcoin was a fad, either of these blows would have finished it off. But in retrospect the “fraud” which will come to a “bad end” did no more than flinch before continuing its upward rise.

More recently Bitcoin has become the biggest bubble in history. And, unsurprisingly, a lot of the pessimistic comments levelled at Bitcoin have been aired since its price began to collapse; what independent thinkers these minds are. We know not how this will end, but with Goldman Sachs due to set up a cryptocurrency trading desk later this year and Bitcoin’s ‘lightning network’ on its way to fix many of the transaction problems it looks like hurdles are set to be scaled.

One of my favourite criticisms of Bitcoin – doesn’t everyone have a favourite criticism of Bitcoin these days – is that it’s ultimately worthless, a criticism submitted by Alan Greenspan, no less. This is a man who knows devaluation when he sees it. This criticism takes many forms, but it comes down to a simple observation: that Bitcoin’s value isn’t based on ‘anything’.

The reason this one is my favourite is because Bitcoin, like the dollar, is based on owner confidence and the community’s willingness to trade with it. The dollar used to be tied to gold, but in 1971 the gold standard came to an end – otherwise how would ‘The Established’ economists print money whenever they wanted? – and ever since then currencies haven’t had to be tied to anything tangible. All currencies now float on user confidence and trade-ability. ‘The Established’ have made their bed. They just aren’t as good at having to lie in it as they initially thought they would be.