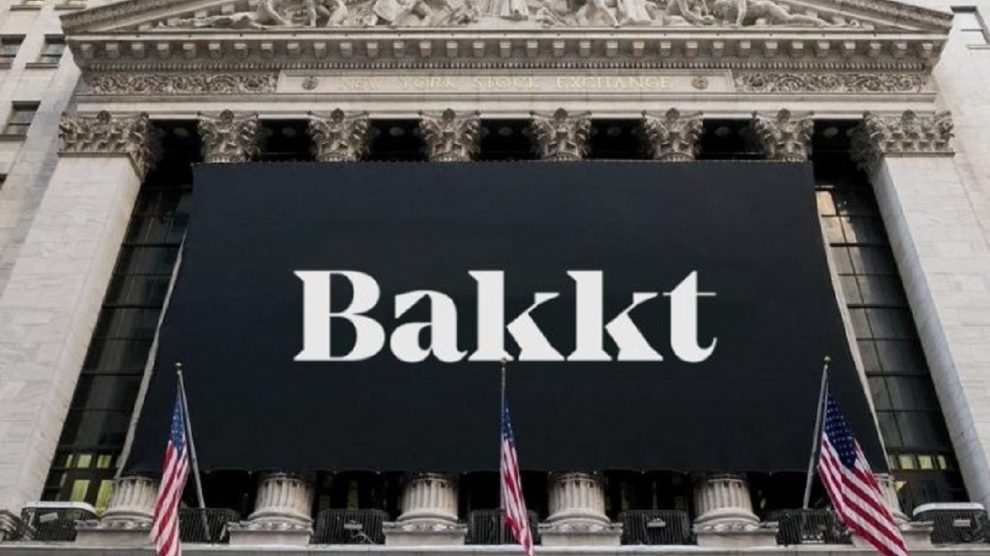 Bakkt is a new company from the Intercontinental exchange  (ICE) group – owners of the New York Stock Exchange (NYSE).  It has been seen in recent months as a promising development for the sector and one that could potentially lift it out of the year long bear market that its currently mired in.

According to the specification, the trading screen product name to be utilized will be ‘Bakkt BTC (USD) Daily Future’.  Each contract is set out to be 1 BTC in size whilst prices will be quoted in USD.  The existing Bitcoin futures offerings have been in place via the Cboe and CME for more than a year.  By comparison, their contract sizes are 1 BTC and 5 BTC respectively.

Bakkt has set the minimum price fluctuation at $2.50 per Bitcoin and per contract albeit that block trades of more than 10 BTC will achieve a rate of $0.01 per Bitcoin.  A position limit of 100,000 lots has been specified on any single contract date.  One of the key differences by comparison with the Chicago based exchanges is the physical settlement of Bitcoin and this is confirmed within the contract specification.

Despite the regulatory impasse, it seems that Bakkt are making every effort to forge ahead.  Several job postings have been published to its website recently in support of its growing ambitions.  The company took to Twitter yesterday in support of its recruiting effort, spelling out that the move is related to its ‘mission to build the first integrated, institutional grade exchange-traded markets and custody for physical delivery of digital assets’.

Despite the reveal with regard to futures contract specification and a hiring phase, the company’s offering is still the subject of a pending full regulatory approval.  The U.S. government currently is in a record long shutdown – about to enter its 31st day in a few hours.  With that, the Securities and Exchange Commission (SEC) and the Commodity Futures Trading Commission (CFTC) are closed.  This has put the approval of products and services involving cryptocurrencies on hold.

In testament to that, the Cboe BZX Exchange withdrew a proposed rule change which, if approved, would have paved the way for the potential approval of a VanEck/SolidX Bitcoin exchange traded fund (ETF).  The filing to withdraw was lodged on Tuesday.

It’s believed that the move is a consequence of the government shutdown.  The SEC had postponed a decision on the proposed ETF on a number of occasions.  This resulted in a scenario whereby it would have been compelled to make a final decision on the application by February 27.  However, with the government shutdown and nobody working on consideration of the application, the result could only have been to reject the application under those circumstances.  It’s believed by many in the sector that it is this scenario which led to the Cboe withdrawing its requested rule change.

Gabor Gurbacs, Director of Digital Asset Strategy at VanEck took to Twitter in relation to this development yesterday:

“The Bitcoin ETF filing has been temporarily withdrawn.  We are actively working with regulators and major market participants to build appropriate market structure frameworks for a Bitcoin ETF and digital assets in general.”

Intermediary-friendly, CFTC regulated digital asset futures exchange, ErisX is also being held up as a direct consequence of the shutdown.  Until furloughed federal employees return to work at the CFTC, it can’t obtain full approval from them in order to commence futures trading.

“ErisX’s interaction with the CFTC has been both positive and productive.  During this government shutdown we have continued our platform development efforts.  We look forward to this current impasse being resolved and re-engaging with [CFTC] staff on our DCO [derivatives clearing organization] application.”

Bakkt was originally scheduled to launch on December 12 last.  However, in a blog post a couple of weeks prior to that, Bakkt CEO Kelly Loeffler said that the launch was being postponed until January to facilitate the volume of interest which its product was garnering.  That rescheduled launch date was today – January 24 – but clearly given the circumstances, there is no clarity right now as to when the much vaunted service will go live.

Lack of regulatory clarity for the sector as a whole has long since been cited as a stumbling block for the industry.  Some modest in-roads were made in this respect in 2018.  However, that work needs to continue to completion before there is regulatory certainty in cryptocurrency and blockchain technology.

There’s no doubt that the government shutdown is holding back innovation at this point.  Regardless of ones political viewpoint, it needs to end sooner rather than later as otherwise, the cryptocurrency market will continue to flounder whilst developments which would otherwise advance the sector are being stymied and held up.