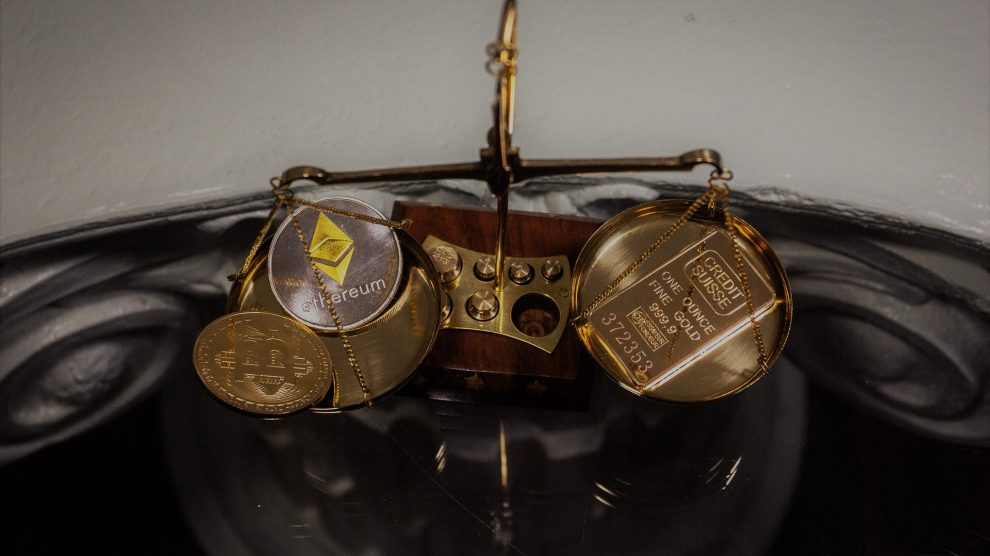 Volatility has kept a lot of would-be crypto investors on the sidelines, and it’s not hard to understand why. Even the biggest and well-known cryptos have been vulnerable to extraordinary price swings, creating a feast for some and famine for others. There are now more than 1,600 known cryptocurrencies with an aggregate market cap of some $300 billion, rendering assessing the value of cryptocurrencies a constantly moving target.

The emergence of stablecoins could be a turning point for cryptocurrencies to achieve broader adoption, especially among those who are sheepish about volatility. Stablecoins, as the name implies, are not at the mercy of rampant price fluctuations, and they are not speculative investments. Their price is stabilized in one of two ways: Either the supply is managed algorithmically on par with demand, or the value is pegged to a traditional currency or a hard asset.

Price parity with something as trusted as the dollar and the guarantee of being backed by gold may be what it takes in order to pique the interest of those who have tread lightly (or not at all) into cryptocurrencies. With the arrival of Vault, it appears that these investors have what they’re looking for.

The Gold Standard of Stablecoins?

Built and operated by investors, miners, financiers, and developers with backgrounds from major financial and academic institutions around the world, Vault has what it believes is a breakthrough antidote to price volatility in cryptocurrencies. The value of its stablecoin, USDVault, is 1:1 with the U.S. Dollar, and those who hold it at any time can redeem it for dollars or the equivalent dollar-value in gold, which is held in a vault in Switzerland.

USDVault is a ERC20 token, which means it runs on the Ethereum blockchain and can be held in any ERC20 cryptocurrency wallet such as MyEtherWallet, Ledger, and Trezor. Unlike fixed-supply cryptocurrencies like Bitcoin, USDVault will be available for purchase through a continuous cash offering (CCO), and there is no limit for how many tokens can be issued; the supply is determined entirely by demand.

The company operates not as a broker, but instead as a technology platform provider working with licensed fiduciaries that manage the funds directly. Vault never handles funds directly, and all activities Anti-Money Laundering- (AML) and Know Your Client- (KML) compliant.

Vault has a distinct appeal both to the traditional, heretofore crypto-averse investors as well as younger traders who have most of their investments in tech stocks and cryptos. For the traditional investors, it’s an opportunity to step into cryptocurrencies without being exposed to the volatility of traditional tokens. However, USDVault could also be a conduit for a creating a more extensive crypto portfolio for these types of investors.

For younger, and already crypto-exposed investors, Vault provides a great opportunity to hedge against the risk that’s inherent not just in cryptocurrencies, but other investment classes as well. The guarantee of gold provides the level of security and balance that’s needed in any sensible and mature portfolio.

But Vault is eager to also get the attention of crypto exchanges, which could offer USDVault as a standard stablecoin.

Vault is set to launch in the Fall of 2018, with the specific date still to be announced.

If price stability has in fact been the hurdle keeping institutional investors from getting into cryptos, then Vault has a chance of making some serious noise in the space. With ties and partnerships with a range of major institutions like Goldman Sachs, JP Morgan Chase, Morgan Stanley,  Ernst & Young, Deloitte, and Rio Tinto, among others, Vault could very well become the stablecoin of choice among the institutional investors. It certainly has the pedigree.

Vault is certainly not the only company to launch a stablecoin, but a look around suggests it has a good chance to command a large share of the sector. One of the more well-known stablecoins, Tether, has been attracting the wrong kind of attention for months. Meanwhile, Basis was started by a group of former Google employees and has some major institutional backing. But while its supply-controlling algorithm is ingenious, its potential is restricted by the fact that it has no hard asset backing.

Of course, it could be that not one but several stablecoins that are poised for success. Much of that will depend on whether or not volatility has really been the deal-breaker for those yet to invest in cryptos.