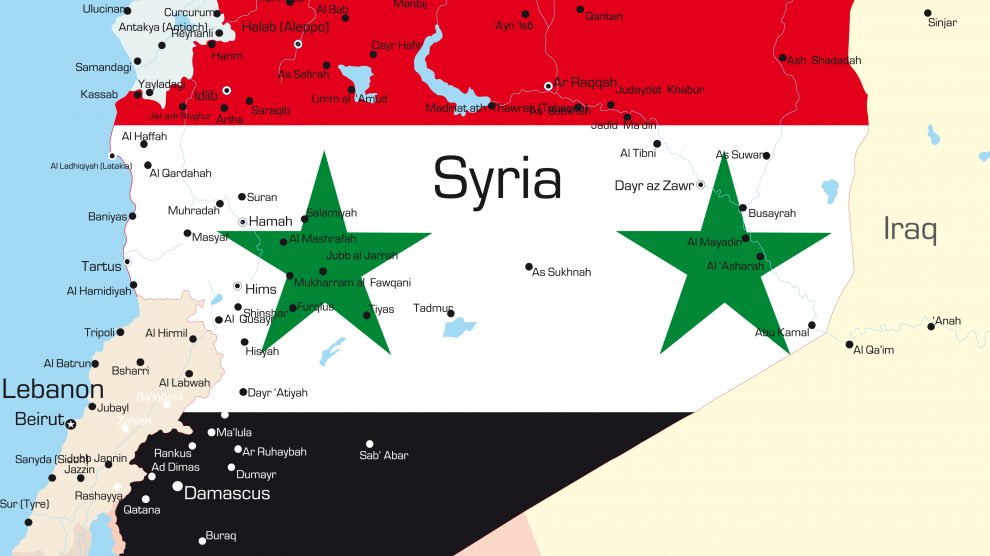 A region in Northern Syria is considering the use of cryptocurrency in order to create the conditions for a functioning economy. The Democratic Federation of Northern Syria – more commonly known as Rojava – has been disrupted by war in recent years. During the Syrian Civil War, local people revolted against the Syrian government forces who consequently withdrew from the area.

Whilst not officially recognized, this has effectively resulted in a de-facto autonomous area. However, the area is struggling economically with economic sanctions imposed from all surrounding countries including Syria, Iran, Iraq and Turkey.

Currently the region is using the Syrian Lira as it’s day to day currency – the currency of the state it fought for years. Thought leaders within the fledgling autonomous region are now looking towards cryptocurrency in an effort to improve the economic resilience and fortunes of the region.

Erselan Serdem, leader of Rojava’s technological development program, suggested that cryptocurrency could be a much better option for the region in an interview with Coindesk. Administratively, Rojava is subdivided into three self-governing cantons. Serdem proposes that the region will establish technological academies which will particularly prioritize cryptography and digital currency.

The unrecognized statelet intends to base its governance on democratic confederalism – a libertarian socialist ideology fashioned by Kurdish nationalist leader, Abdullah Öcalan. Serdem maintains that cryptocurrency is a central component to the viability of this philosophy in real terms. He stated;

Amir Taaki is probably the most prominent individual associated with Rojava who has a wealth of experience in the cryptocurrency and blockchain space. The British-Iranian was an early Bitcoin developer credited with the Bitcoin standardization procedure now known as Bitcoin Improvement Proposals (BIPs) amongst other work.

In 2015 he joined the YPG in their revolt in Rojava. Taaki backs the plan for the adoption of cryptocurrency in Rojava. The sanctions imposed on the region by neighbouring countries are making currency transfers challenging and as a consequence, there are high fees associated with that activity.

“The cost of making a transaction with Istanbul is currently 10 percent,”  Taaki said. “We believe that with cryptocurrency we can make this 2 percent globally, not just with Istanbul.”

Recent months have seen a number of countries – including Venezuela and Iran – subject to sanctions either implement cryptocurrency or with plans to implement state backed cryptocurrency in efforts to evade sanctions. That seems to be what’s at play here, but additionally, the region wants to wean itself off dependency upon the use of the Syrian government issued paper currency – the Syrian Lira.

Taaki suggests that for the plan to work, a complete cryptocurrency ecosystem needs to be developed within the statelet. First, Bitcoin exchanges and means of payment facilitated through Lightning Network would be required in order to make day to day transactions expedient, secure and cost effective.

One issue they seek to create a workable solution for is the fact that many of the local population don’t have rudimentary internet access. According to Taaki: “Not everybody has mobile phones, so we see research into paper currency as an important project.”

With that in mind, Serdem and Taaki are looking at innovative solutions such as cryptocurrency transacted over radio as opposed to internet and a paper currency tied to cryptocurrency.

Over and above the more pressing currency-related issues the region is dealing with, Serdem believes that the adoption of blockchain generally could have a positive effect on a new governmental system. He claims that it would facilitate transparency and allow for distributed, democratic control.

“With the base of the blockchain, we can create a process of self administration. We can distribute all the roles in the society.” Serdem continued, “Rojava is a good opportunity to see how it works in practice.”

Aside from the significance of these proposed measures for the autonomous region, that last statement encapsulates its implications for broader society. Recent months have seen the development of state backed centralized cryptocurrency. If Rojava was to implement this proposal, it would be another first in that it would represent the first time that a region would have implemented a decentralized cryptocurrency for general, widespread use.

Blockchain and cryptocurrency remains a nascent technology. Little is truly understood of its complete implications until it is truly road tested in the real world. Adverse circumstances seem to be leading certain governments and administrations toward implementation in various forms and to varying degrees. Regardless of the underlying motivations, there’s no doubt that world governments, economists and the cryptocurrency community will be watching with interest as to how these projects develop and their resultant implications.

The Crypto Exchange Business: An Insight Beyond The Top Global Exchanges
Roubini: Calling Cryptocurrencies ‘Shit Coins’ An Insult To Manure