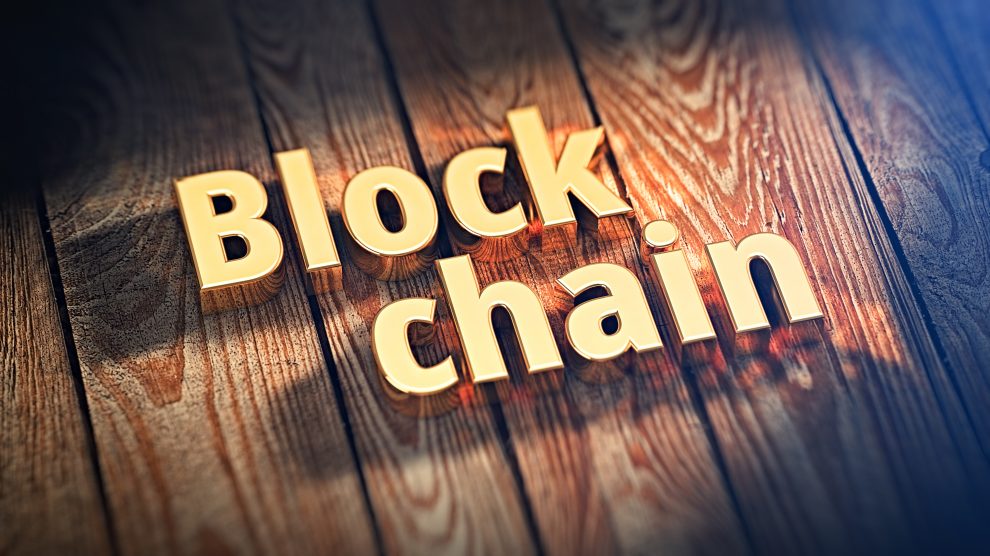 Renowned Economist Nouriel Roubini has claimed that the notion of cryptocurrency being decentralized is a fallacy. The professor at New York University’s Stern School of Business took to Twitter in making the claim:

Roubini came to prominence around 2008 as he was one of the few economists to foresee the housing bubble and market crash that occurred at that time – having warned of the crisis via an IMF position paper in 2006, earning him the nickname ‘Dr. Doom’.

In recent months, Roubini has been scathing in his criticism of Bitcoin and cryptocurrency generally. At a sidebar from the Blockshow Conference in Las Vegas in August, he told Forbes;

He said that the whole Initial Coin Offering (ICO) industry is a scam and that people are raising funds for projects that have zero value. He maintained that blockchain is a dead-end technology that will amount to nothing ultimately.

In an interview with Bloomberg in February, Roubini said that Bitcoin is the biggest bubble in human history, and that this mother of all bubbles is in the process of bursting. He added that the 1300 cryptocurrencies other than Bitcoin were worse still, constituting a bubble to the power of two or three. Roubini suggested that the fact that Bitcoin had been around for ten years and yet it’s only application is as a cryptocurrency – yet in that application it is a scam. He was also critical of what he termed as the ‘environmental disaster’ that is implicated with Bitcoin, given its soaring energy usage and cost.

In his most recent round of tweets, Roubini is critical of cryptocurrency exchanges being centralized. But this criticism doesn’t seem to account for the rise of decentralized exchanges advancing rapidly in development. Equally, cryptocurrency mining has been recognized as a point of centralization with regard to many of the leading cryptocurrencies. However, blockchain expert and Bitcoin proponent, Andreas Antonopoulos believes that the centralization issue is reversing with regard to mining;

“ The centralization of mining is already reversing itself. It’s going to take several years until that plays out, but we’re beginning to see the emergence of other manufacturers making ASIC’s and other locations vying and competing for this.”

Roubini was also withering in his criticism of developers and the control they have over cryptocurrency projects – rounding specifically on Ethereum co-founder, Vitalik Buterin, calling him ‘dictator for life.’ This provoked a response from Buterin via Twitter: 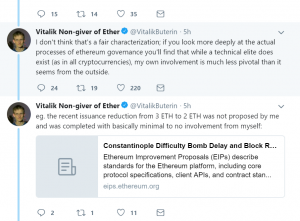 There’s no doubt that Buterin is overtly aware of issues with governance models when it comes to cryptocurrencies. Buterin’s recent commentary with regard to governance issues with cryptocurrency, EOS, together with his investigation of a better methodology for more equitable governance testifies to this.

The debate rumbled on further with Roubini taking to Twitter once again, stating:

“Calling this crappy garbage of 1000s of alt-coins – that lost 99% of their value since peak – as “shit-coins” is a grave insult to manure that is a most useful, precious and productive good as fertilizer in agriculture. So apologies to manure for this offensive comparison.”

Roubini doesn’t mince his words. In his defence, the issues he raises have long been recognized within the industry. His comments provoked a reaction from many within the community via social media. There was a sense amongst many that whilst centralization in the various forms Roubini describes is an issue, his analysis doesn’t seem to take account of measures emerging to deal with it.

Roubini’s comments are not without merit as they have been the subject of internal debate within the cryptocurrency community for quite some time. However, it may not be as black and white as he suggests as the space continues to evolve and work is ongoing with regard to addressing all aspects of the issues he highlighted.