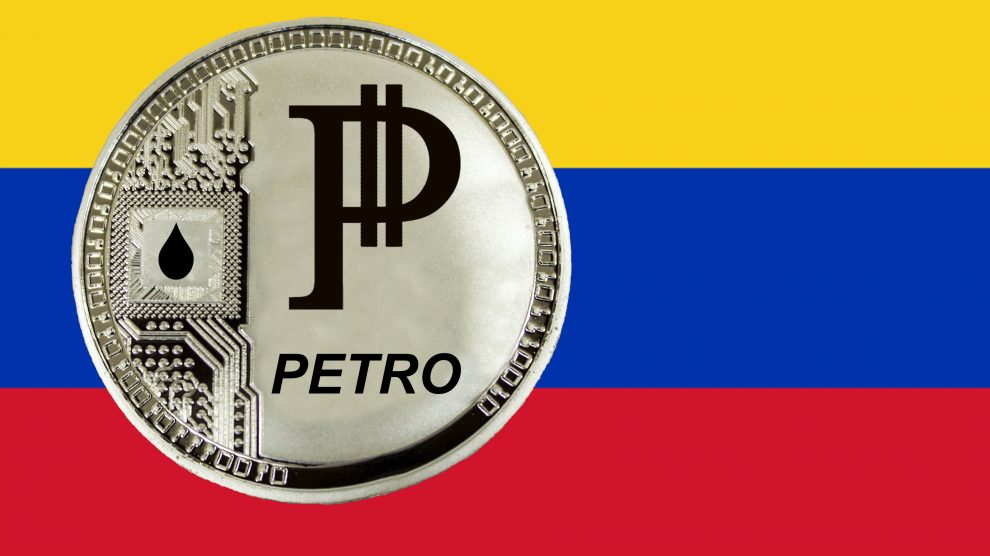 Venezuela continue to progress with their plan towards greater integration of the World’s first state backed cryptocurrency – the Petro.  As per an announcement made on Twitter earlier this week originating from the Venezuelan Economy Department, the digital currency is now listed on 6 cryptocurrency exchanges.

Included in the tweet is an infographic which clarifies the process required for Venezuelan citizens to acquire the Petro cryptocurrency.  According to the information provided, citizens can also purchase Petro from the country’s treasury by way of the official website for the cryptocurrency in addition to the six exchanges.

It appears that all the accredited exchanges have been established very recently.  Domain names for their respective websites were registered earlier this year in all cases.  AFX Trade claims to buy/sell/exchange/transfer Petro (PTR), Bitcoin (BTC), Litecoin (LTC), Ethereum (ETH) and DASH.  Cryptia sets out it’s objective on it’s website:

“Cryptia Exchange is born with the promise of the digital transformation of a growing market.  We study, design and start to build the new Venezuelan digital capital management industry to open ourselves to financial markets around the World.”

It goes on to clarify that the commercialization of cryptocurrencies in Venezuela has been brought about through the creation of Venezuela’s new national cryptocurrency, the Petro.

However, it seems that it has yet to trade as this graphic from their website indicates: 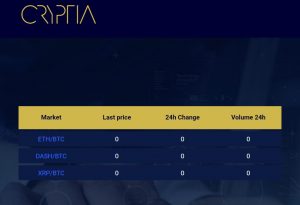 Earlier this month, Venezuelan President, Nicolas Maduro, had suggested that the Petro was available through “six of the world’s topmost exchange houses”.  The exchanges were not named at the time and there is no knowledge of any of the established cryptocurrency exchanges internationally facilitating the cryptocurrency.  Presumably, he meant the six exchanges announced today albeit that it’s certainly debatable as to whether they are regarded as high profile international exchanges.

Sale of the coin began on Monday according to Sunacrip – The National Superintendency of Cryptoassets and Related Activities.  The Superintendent of Sunacrip Joselit Ramirez explained:

The process of buying the Venezuelan cryptocurrency was validated by way of a visit from a delegation from the People’s Republic of China.  As part of their visit, the delegation were among the first to purchase the cryptocurrency through this system.

The government has used various mechanisms to encourage adoption of the cryptocurrency.  Earlier this month, Venezuelan authorities announced that the fee payable for issuing a passport could only be paid for in Petro.  In August, the cryptocurrency was made an official unit of account.

The Petro was originally presented as being backed by gold.  Notwithstanding that, a whitepaper was published relative to the cryptocurrency earlier this month which suggests that the currency is backed by a number of the country’s resources.  That equates to a 50% backing via oil, 20% in gold, 20% in iron and 10% in diamonds.

Ramirez invited Venezuelans to participate by purchasing the national cryptocurrency in what he described as a great economic and technological milestone for both the country and the World economic system.

There’s no doubt that Venezuela is breaking new ground.  The Petro is the World’s first national cryptocurrency.  Whether it pans out as the great economic success for Venezuela remains to be seen.  Many economists have been outspoken in disagreeing with the suggestion that the Petro will assist in turning around Venezuela’s economic fortunes.  However, whether it’s a success or failure and regardless of the rationale behind Maduro’s government in pursuing this project, there’s no doubt that world governments, central banks and cryptocurrency enthusiasts will be watching.  At the very least, the Petro should provide some valuable data for future state backed cryptocurrency projects.