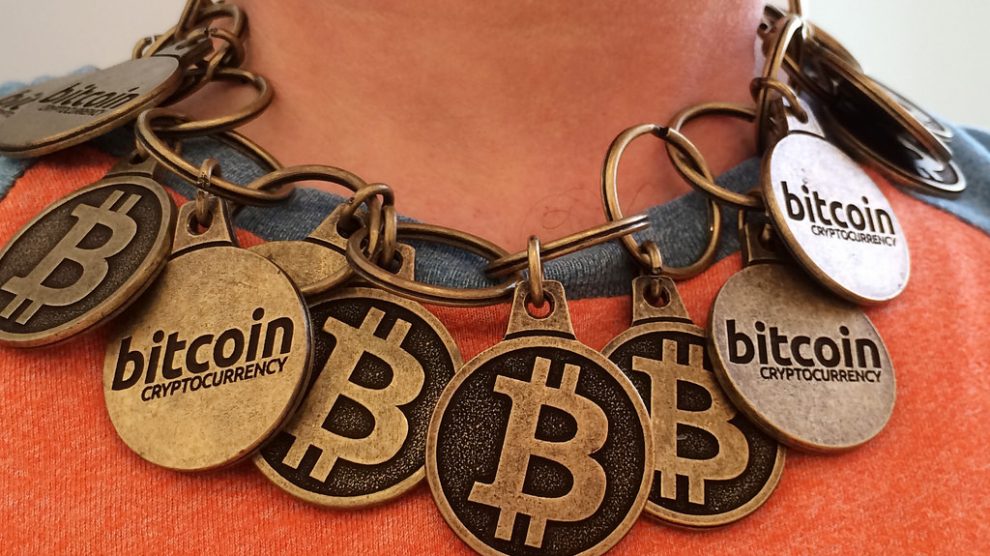 The story of Bitcoin and blockchain starts with Satoshi Nakamoto, a man (or group) whose identity is a mystery that is yet to be solved. Nakamoto introduced Bitcoin in 2008 in a paper titled ‘Bitcoin: A Peer-to-Peer Electronic Cash System’.

In the paper, Nakamoto describes bitcoin as “a purely peer-to-peer version of electronic cash [that] would allow online payments to be sent directly from one party to another without going through a financial institution”. Ever since, the cryptocurrency has posed a threat to a banking system that has been known to man for hundreds of years.

As an economic force, Bitcoin developed a new profession, calling the employees “bitcoin miners”. Those miners use high-powered computers to constantly solve algorithmic issues, only to be later rewarded with Bitcoins.

Nakamoto’s innovation resulted in the spread of one the internet’s most used terms, Blockchain.

In simple words, blockchains are open-ended lists of records that are shared peer-to-peer, meaning complete decentralization from hackable servers. Blockchains also act as ledgers that document any changes to the records, along with info about the individual who made the changes.

In a modern world example, think about any application within the Google’s G Suite. If you create a Google doc, it’s designed not to be shared with anyone until you choose to do so. The doc then will keep a record of any changes made and will credit them to the respective contributor.

SophiaTX, the first open-source platform to integrate blockchain with SAP and other ERP, CRM and SCM systems,  has the potential to transform cross-industry business practices, with customers already in the pipelines for a One-to-one Document Exchange that will use blockchain to ensure that both the sending and receiving parties of business documents such as invoices, purchase orders, timesheets, deliver notices and quality inspections acknowledge the transaction.

Co-Founder of Ethereum and co-Founder of Bitcoin Magazine, Vitalik Buterin describes blockchain as “a magic computer that anyone can upload programs to and leave the programs to self-execute, where the current and all previous states of every program are always publicly visible, and which carries a very strong crypto economically secured guarantee that programs running on the chain will continue to execute in exactly the way that the blockchain protocol specifies.”

In human words, blockchains are owned by nobody, but accessed only by peers that create the blocks and others they choose to share them with.

Ethereum, a concept under the name of ‘blockchain 2.0,’ was developed as a way to integrate programming language into the peer-to-peer ecosystem, allowing the development of apps secured by the technology’s platform. Ethereum provides a way to establish binding contracts that facilitate secure payments Among the applications designed on blockchain 2.0 is, of course more currencies. The new currencies now come in the form of ICOs (Initial Coin Offerings) which is the new, fancy way to invest in a company’s stocks.

But here’s where I think we dug our own graves by creating ICOs. In Nakamoto’s paper, they highlighted how the concept can free us from the redundant banking system that makes us pay to access our own money. But now with everyone coming up with their own currencies, we’ve re-opened Pandora’s Box to allow institutions to exploit ways to value their services without any basis for guarantee.

Take the Bitcoin Investment Trust (intelligently shortened to BIT) for instance, which led investors to believe that they were getting their investment worth in bitcoins, which turned out to be false, as it provided less than 10% in value in bitcoins.

With such a rivalry against the almighty banking system, the search for Bitcoin’s inventor took a serious turn when an Australian businessman, Craig Wright, was not only accused to be part of the 2-person “Satoshi Nakamoto” team, along with the late Dave Kleiman, an American computer forensics expert – in an article by Gizmodo, but Wright also had his house raided by the the Australian police, in hopes to find out the true identity of Nakamoto.

Most curiously, Wright was never found at his home, nor at his office, which one officer on the scene confirmed was also being searched under the accusations of “possible tax evasions”. The government also commented that the search warrant was in no way based on the article on Gizmodo.

Other individuals also fell under suspicion for being the masterminds behind the “Satoshi Nakamoto” scheme. Among the most significant figures was Nick Szabo, a cryptographer who’s famous for his research on digital contracts and digital currency, but most notably for his paper on Bit Gold, a concept derived from Bitcoins.

Another prominent player, Hal Finney (died on August 28, 2014), was a cryptographic pioneer who was the first, besides Nakamoto to use the Bitcoin software and file bug reports on it. Coincidentally enough, Finney lived close to the family home of one Satoshi Nakamoto, a Japanese-American physicist who worked on American military contracts.

However, both Finney and the real Nakamoto were cleared of any suspicion, due to lack of incriminating proof, leaving Wright as the only possible suspect.

Both the whereabouts of Wright and the true identity of Satoshi Nakamoto remain as unsolved mysteries, and Bitcoins are now handled by its own multi-million user community.

Moreover, a platform was created in 2013 under the name of Nxt aims to improve the functionality of existing blockchains and cryptocurrencies with increased transparency, allowing more financial and funding governance, along with, unsurprisingly, its own cryptocurrency. Nxt was developed by BCNext, a developer who also succeeded at keeping their identity as an unsolved mystery.

In a blog post, BCNext explains an elaborate 3-part plan, in which it describes that Bitcoin’s private nature made it ‘trustless’. “Bitcoin was a genius invention, but its implementation became corrupted by people whose aim was to make money – not bitcoins, but dollars.”

“Trust no one. This is a very important principle. Nxt doesn’t rely on trust, but solves the problem of trust in another way. It evolves to a system that doesn’t care about trust because everything will be very clear. Transparency extended to its absolute end leads to an inability to cheat. This removes necessity of wondering if anyone should trust anyone else.”

Beatriz Ramos, Founder of DADA, a social network where artists speak to each other through drawings, explains, “Blockchain works well for a specific community, like artists, who distrust the government, banks, and other institutional and corporate gatekeepers who have failed this community. Blockchain technology allows such communities to be self-sustaining and create their own peer-to-peer economy in which artists have full control of the value of their work.”

During my research on cryptocurrencies, I found that the whole industry is engulfed in shadiness, as shown by BCNext when the author stated, “Don’t try to learn the real identity of BCNext. He intentionally copied the styles and ideas of different people. If you think you’ve found him, you are likely wrong. BCNext never existed.”

However, on a lighter note, blockchains have been doing a better job than cryptocurrencies at delivering less than bone-chilling results. Companies have been utilizing the technologies to help people maintain the privacy of their information in a world full of cyberthreats. Recent applications included fraud prevention and secure registers for medical records.

Adding on to that, tech giants, such as Microsoft and Accenture partnered up with the United Nations to implement blockchains into international ID systems, minimizing the threat of identity theft, and facilitating the storage of personal records on decentralized systems.

As of the time this article is being written, blockchains are being adopted into every aspect of the tech world, while Bitcoins are valued just shy of Six thousand Dollars. So, whoever Satoshi Nakamoto truly is, he, she, or it have definitely achieved what they were after, changing the world as we know it.