The government of Peru will be partnering with Stamping.io, a blockchain company, to create a transparent procurement system for the country. The partnership is aiming to develop a verification system for government contracts that will make it resistant to fraud.

The partnership is also dependent on on LAC-Chain, which is led by the Inter-American Development Bank.

The greater technology and startup communities believes the initiative illustrates promise for the adoption of blockchain in the region. 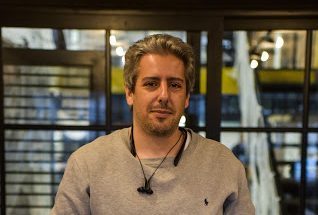 Wrote Dave Mejia, Senior Blockchain Strategist at Talos Digital, “For this region, blockchain’s distributed and immutable ledger could go a long ways towards building faith in banking, the safety of personal savings and property, political processes, and the plausibility of entrepreneurial pursuits.”

Peru is ranked by the Transparency International’s Corruption Perception Index in 101st place, out of a total 176 countries.

Stamping.io is representative of both earlier and later-stage companies leveraging blockchain technologies across industries. Said Clyde Hutchinson, Head of Innovation at Viva Air Labs “We believe that blockchain has the potential to revolutionize tickets, loyalty, security and aircraft maintenance as well as the process of aviation leasing. However this will require wide-scale adoption by both airlines, manufacturers and aviation leasing companies to make this a reality otherwise only thing blockchain technologies will deliver will be slower databases.”

Governments across Latin America are increasingly looking into blockchain technology. Mexico’s government has announced plans to conduct the first ever public procurement procedure on a blockchain network.

Disclosure: This article includes a client of an ESPACIO portfolio company.