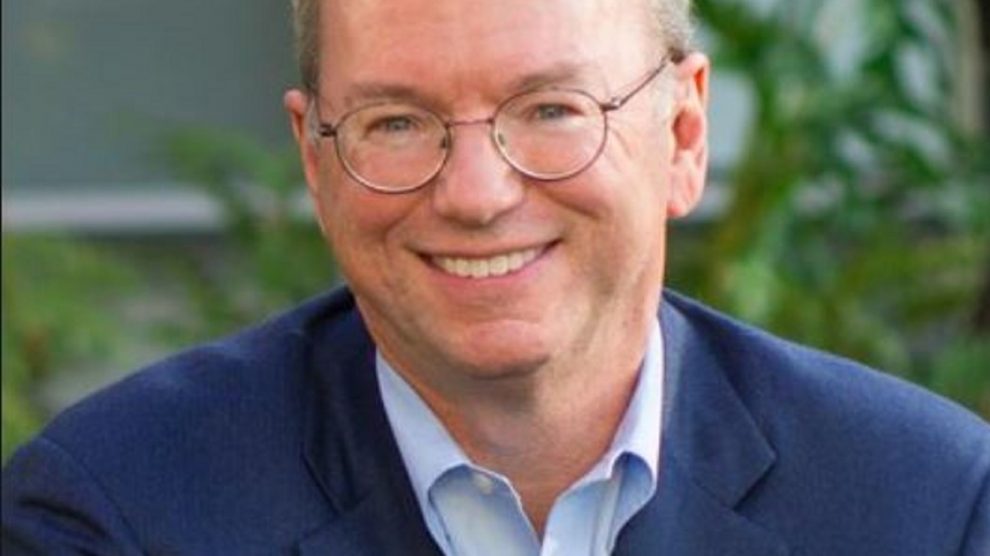 Village Global is an accelerator program and venture capital firm which provides formation-stage startups with funding, together with access to an impressive network of notable leaders from the tech sector.  Amongst those it counts as partners with the initiative are Microsoft’s Bill Gates, Facebook’s Mark Zukerberg, Amazon’s Jeff Bezos, LinkedIn’s Reid Hoffman and former Google and Alphabet CEO, Eric Schmidt.

It was Schmidt who was the focus of a recent event which involved a ‘fireside’ chat with economist and author, Tyler Cowen.  The subject area of the discussion was broad, ranging from the consideration of corporate governance reform and hiring practices, to the future of technology.

In terms of the part of the discussion that implicated blockchain, Cowen opened by asking Schmidt if blockchain was over or underrated.  Schmidt is of the view that in it’s public format, blockchain is overrated and in it’s technical use, underrated.  He articulates that blockchain is a great platform for Bitcoin and other cryptocurrencies.  Furthermore, that it’s a great platform for private banking transactions where the parties to a transaction don’t trust each other.

However, he is most enthusiastic about the technologies that have followed on from Bitcoin – specifically, Ethereum:

“I think the most interesting stuff that’s going on are the beginning of execution on top of blockchain, the most obvious example being the capability of Ethereum.  And if Ethereum can manage to figure out a way to do global synchronization of that activity, that’s a pretty powerful platform.  That’s a really new invention.”

Schmidt is best known for heading up Google between 2001 and 2015, and following Google’s restructuring, Alphabet Inc. from 2015 to 2017. Forbes listed him as the 119th richest person in the World in 2017.  The notable tech leader started his career as an intern at Bell Labs before joining Sun Microsystems and progressing with them from the position of Software Manager to Director of Software Engineering.  From 1997 to 2001 he was CEO of Novell before moving on to Google.

It’s not the first time that Schmidt has voiced his enthusiasm for cryptocurrency and blockchain.  In a panel discussion chaired by Facebook Chief Operating Officer, Sheryl Sandberg at the Computer History Museum in Mountain View, California in 2014, Schmidt spoke about Bitcoin:

“[Bitcoin] is a remarkable cryptographic achievement.  The ability to create something which is not duplicate in the digital world has enormous value.  It’s incredibly useful for many computer applications.  The Bitcoin architecture, having these ledgers that can’t be replicated is an amazing advance and lots of people will build businesses on top of that.”

Schmidt was first introduced to Bitcoin by WikiLeaks publisher, Julian Assange, following a meeting between the two in England in 2011.   He is not the first Google executive to express enthusiasm for cryptocurrency.  Earlier this year at the Blockchain Summit in Morocco, Google co-founder Sergey Brin told attendees that he mines Ethereum together with his 10 year old son.  He went on to speak in positive terms about various aspects of cryptocurrency including zero knowledge proofs and consensus algorithms like proof of work (PoW).

In a founders letter pertaining to Google’s parent company, Alphabet Inc. in 2017, Brin suggested that cryptocurrencies such as Ethereum were partly responsible for the boom in computing.

At the time of writing, Ethereum (ETH) held a unit price of $216.05, maintaining it’s position as the second largest cryptocurrency with a market capitalization of $22.27 billion.