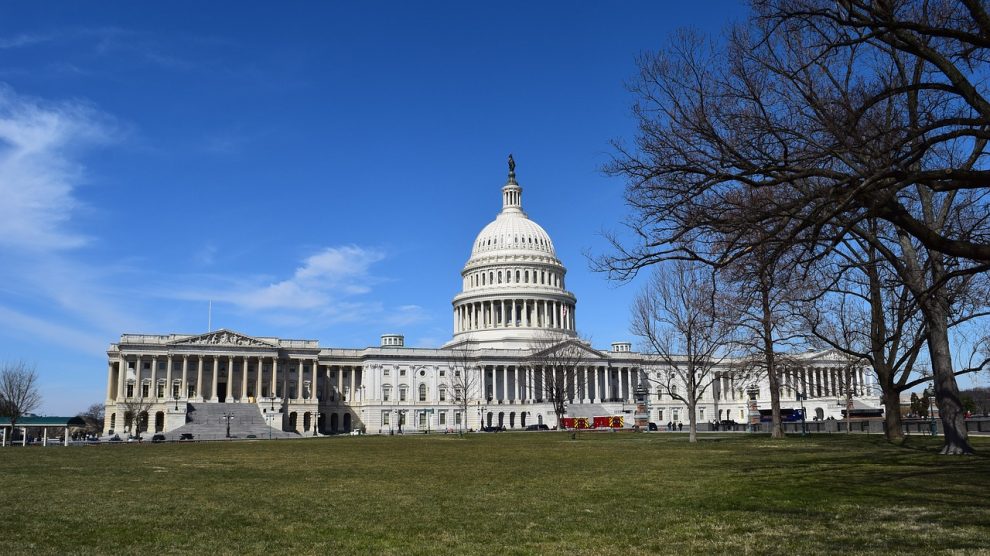 Yesterday was an important day for cryptocurrencies in the U.S., as The House Financial Services Committee gathered to debate their future. The meeting resulted in a variety of arguments.

Some points made were supported by solid logic and reasoning such as Libertarian and one-time presidential candidate Austin Petersen who stated, “Bitcoin’s disruptive influence is just what our financial system needs at this time.” He added, “Cryptocurrency represents the future of American creativity and American liberty, and I’m delighted to accept campaign donations in this form.”

Others took a more conservative approach such as Congressman Brad Sherman who advocates a complete ban of Bitcoin. Sherman stated, “Mining alone uses electricity which takes away from other needs and-or adds to the carbon footprint. As a store, as a medium of exchange, cryptocurrency accomplishes nothing except facilitating narcotics trafficking, terrorism, and tax evasion.” Though it is well known that Bitcoin is an energy-hungry currency (an issue which the community is responding to), it seems outlandish to make something illegal purely on the basis that it “uses energy.”

Since sharing his thoughts on Bitcoin, it has come to light that Sherman has a credit card processing company as one of his largest campaign donors. In addition to this, Sherman has supposedly responded to a Twitter DM begging @TheCryptoDog, a Crypto figure with over 81,000 twitter followers, to stop telling everyone about his biggest campaign donor being fined $13.3M for illegal gambling.

To get a better understanding of what the future holds, we spoke to a number of crypto experts to see what they predict will be the overall outcome of this meeting and what is holding U.S. regulators back. Here are their thoughts…

Matej Michalko, Co-founder of ALAX, a Blockchain-based app and games distribution platform and CEO of DECENT, a Blockchain Content Distribution Platform that is Open-Source and utilizes Blockchain to ensure trust and security.

What are your predictions for the outcome of this meeting?
The U.S., as a powerful and influential country, might have decided to adopt a wait-and-see approach to see how the cryptocurrency legislation attempts will function. The U.S. Congressional Subcommittee on Monetary Policy and Trade discussed the possible implication of digital currencies. Their viewpoints varied from outright banning of crypto to U.S. citizens to central banks potentially adopting and developing their own cryptocurrency, however some argued that the latter case could be highly politicised and taxpayers could be held accountable for credit losses. No clear future direction could be drawn from the hearing. If done correctly, regulation should balance the need for greater legal boundaries with the commercial opportunities this industry offers in its infancy.
What is holding U.S. regulators back?
The biggest drawback for U.S. regulators could be that they are approaching the entire topic from a perspective of traditional finance, which although is heavily regulated might not necessarily fit the nature and characteristics of the notion of cryptocurrency. A cohesive regulatory framework is yet to be finalised before any conclusion can be drawn. The title of the meeting “The Future of Money: Digital Currency” itself indicates that the U.S. sees the raising potential of cryptocurrency as a new type of financial asset.

In addition to Michalko we also spoke with Jonathan Nelson, the Managing Director of HACK Fund and CEO of H/F, a venture fund created by Hackers/Founders. “The committee specifically talks about money, banking and international trade,” Nelson told The Bitcoin Mag.  “Part of the challenges of discussing crypto assets is that some operate very much like currencies, but others are assets, API keys, digital goods, etc…  My worry is that legislators will not understand that nuance and put them all into the basket of ‘cryptocurrencies.’ There have been interesting statements by the St Louis Fed talking about how digital currencies like Bitcoin and litecoin should be evaluated in a basket of global currencies, and that when seen that way, Bitcoin has strengths and weaknesses relative to other currencies.  For insurance, comparing them to the Venezuelan Bolivar or the Argentine peso or the Zimbabwe dollar, you can see the benefits of crypto.”

He also adds “When compared to the dollar or euro, perhaps Bitcoin isn’t quite as good an investment. As good a currency. I don’t expect much to change from this committee meeting.  My guess is that it’s going to be exploratory in nature and people will testify but no decisions will be made.”
TagsALAX Austin Petersen bitcoin mining Brad Sherman cryptocurrency regulation DECENT HACK Fund