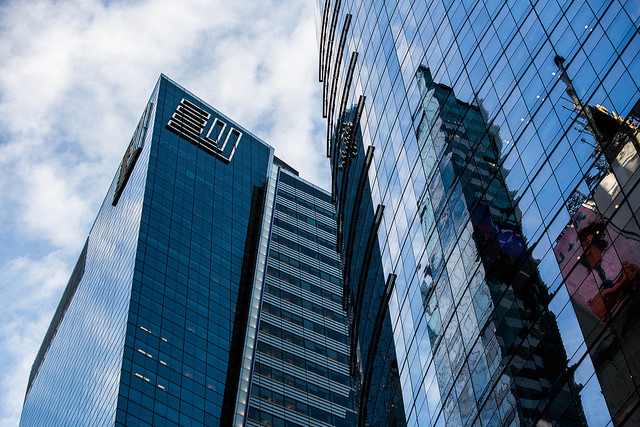 The past few months have seen continuous momentum in the building out of the cryptocurrency eco-system in terms of the infrastructure needed for Institutional Investment.  It seems that another key element in that framework is about to be achieved as it emerged last week that Ernst & Young (EY) had acquired Silicon Valley startup, Elevated Consciousness.

The San Francisco-based startup centers its efforts on the development of solutions related to the crypto token ecosystem.  They have developed a Crypto-Asset Accounting and Tax (CAAT) tool which seamlessly accesses numerous cryptocurrency exchanges and wallets in order to provide for better visibility with regard to cryptocurrency transactions and inventory.

Paul Brody, EY Global Innovation Leader (Blockchain) suggested that the acquisition was one more element in building out a portfolio of blockchain and cryptocurrency solutions for the company. Last April, EY announced the pilot of a ‘Blockchain Analyzer’ – a series of proprietary blockchain technologies designed for the purpose of enabling their auditory teams in completing the auditing of companies who use cryptocurrency in their activities.

It seems logical that the latest acquisition complements the existing suite of crypto-specific auditory tools and Brady confirmed as much when suggesting a plan to integrate the CAAT tool into the Blockchain Analyzer portfolio. He said that this will lead to the development of ‘one of the industry’s broadest sets of technology and process services in tax and assurance’.

There has been some lack of clarity with regard to the classification of cryptocurrencies from a regulatory standpoint.  This also feeds in to a degree of uncertainty with regard to taxation as it applies to cryptocurrency.  It’s one of the many reasons why – up until now – we have not seen institutional investors dip their toes in cryptocurrency waters.  From their press release, it’s clear that this is something that EY are addressing by way of this acquisition. They state that the CAAT tool will facilitate taxpayers in modelling different potential outcomes, allowing them to be better positioned to assess their risk with regard to reporting taxable income for this new crypto asset class.

Whilst active developments with regard to cryptocurrency have been modest when it comes to the ‘Big Four’ accounting firms, it’s clear that they have been monitoring the development of crypto from the outset.  As early as September 2015, PricewaterhouseCoopers (PwC) had acknowledged that Bitcoin had demonstrated its value and that the underlying technology had the capacity to disrupt a wide range of financial systems.

In a 2014 report, Deloitte recognized the likelihood of cryptocurrency having an impact on traditional financial services in the future.  EY became the first of the ‘Big Four’ to accept Bitcoin in payment for it’s services in January 2017 – with PwC offering the same facility later that year.

Earlier this year, EY announced joint development in the use of blockchain technology in supply chain management, together with technology company Equidato – developers of the SophiaTX Blockchain platform. SophiaTX is designed to facilitate integration of blockchain into enterprise level ERP systems.

Recent months have seen early moves to put the full gamut of services in place facilitating institutional investors.  There’s no doubt that this and previous EY announcements demonstrate their commitment to being part of that required cluster of service providers.

Barclays are believed to be preparing for the launch of a cryptocurrency trading desk – something that Goldman Sachs already have established.  Media sources have also suggested that Goldman Sachs are in the process of establishing Bitcoin Custody Services.  Prime Trust have already launched crypto custody services – as have Coinbase.  Intercontinental Exchange’s ‘Bakkt’ will launch shortly – providing a service that incorporates a custody and clearing facility.

It’s clear that the regulatory compliant infrastructure required by institutional investors is gradually being put in place.  This latest announcement by EY forms part of that overall effort. It will be interesting to see this all come to fruition with potentially significant institutional investment in the space in the coming year.