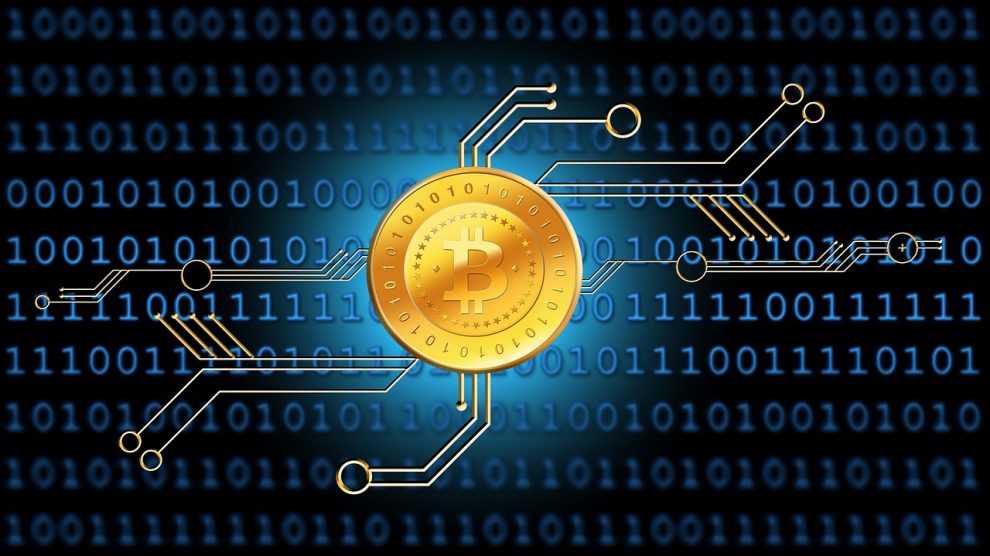 A dispute over technical direction between two separate developer groups threatens to bring about an antagonistic hard fork in Bitcoin Cash (BCH). The disparity of views exists between approaches taken via Bitcoin ABC and nChain’s Bitcoin SV.

Developer nChain propose an increase in block size from 32MB to 128MB via software client Bitcoin SV but are opposed to any of the other changes suggested by Bitcoin ABC. Jihan Wu’s Bitmain – leading manufacturer of crypto mining equipment and crypto miner – is a significant stakeholder that has been strong in its backing of Bitcoin Cash developer group, Bitcoin ABC.

Craig Wright is a veteran of blockchain – having been involved with Bitcoin since it’s early beginnings.  He has since backed Bitcoin Cash and is currently Chief Scientist with nChain. Wu spoke out on a Bitcoin Cash group on WeChat, stating that Wright’s opposition to the proposed changes were ridiculous and that he was a ‘false satoshi’ (referring to Wright’s previous claims to be Satoshi Nakamoto). Calvin Ayre of Bitcoin Cash miner, Coingeek stated that he was not in favour of many of the changes that Bitcoin ABC have put forward for implementation via their software release on the 20th of August. As part of that release, they had added ‘transaction ordering’ and OP_CHECKDATASIG.

Ayre is affiliated with Wright’s nChain development group. Coingeek is the most significant player in terms of Bitcoin Cash mining, accounting for 35% of the hashrate. By contrast, Bitmain – through it’s two mining pools – accounts for 31%, albeit that if a couple of affiliated groups are taken into account, that may account for an interest of 35%. Well known Bitcoin Cash proponent, Roger Ver, has since come out in support of Wright’s position on the matter.

A prominent figure in the community – known only as ‘Cobra’ – has come up with a proposal which may avert a highly damaging and contentious hard fork. His solution is to make no consensus changes or additions at this time as there is clearly a lack of consensus amongst stakeholders as things stand. He feels that a failure of consensus at this time would result in a loss of faith and trust in the project, wipe significant value off the BCH price and result in serious reputational damage.

Cobra himself has been the centre of controversy having initially been highly critical of Bitcoin Cash whilst later coming to the conclusion that “[it] has much better chances of winning the upcoming payments war than Lightning Network”.

The Bitcoin Unlimited group have proposed that changes from both Bitcoin ABC and nChain’s Bitcoin SV should be included and that stakeholders could then vote for or against the new features as they see fit.

Vitalik Weighs in on BCH Debate

One of the most prominent figures in the crypto world today, Vitalik Buterin – co-founder of Ethereum – took to twitter to air his views: 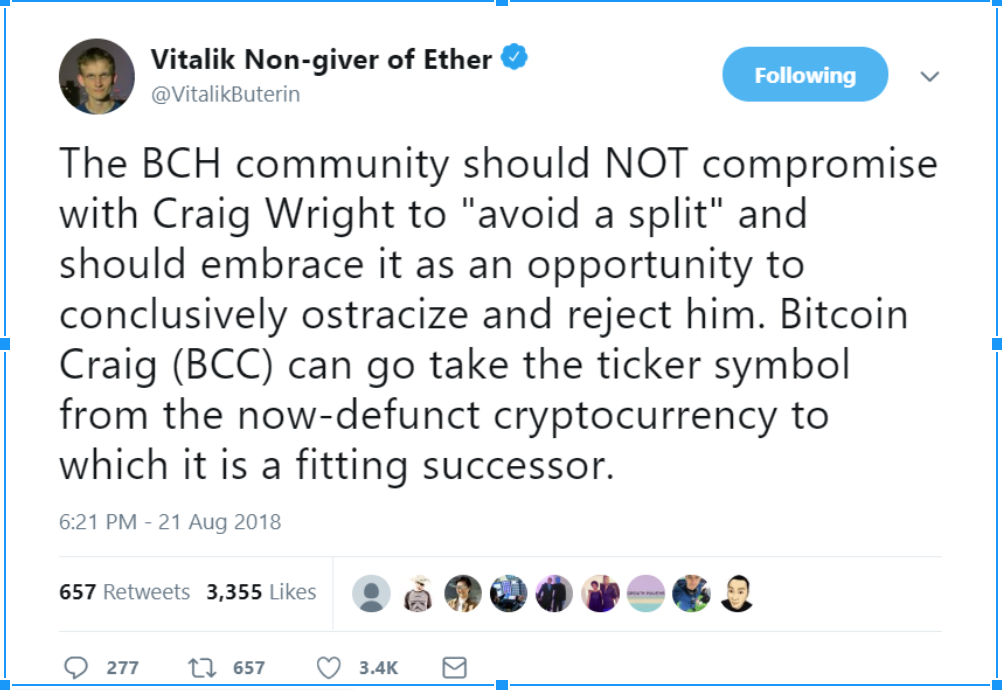 There’s no love lost between Buterin and Wright – with the former having taken a swipe at Wright previously – claiming he is a fraud. In April of this year, both participated as panelists at blockchain event, Deconomy. As Wright spoke, Buterin tweeted his thoughts in real time – all highly critical of the case that Wright presented with. The clash culminates with Buterin querying Wright’s fitness to answer questions stating:

“Why is this fraud allowed to speak at this conference?”

The criticism is not confined to Buterin. Wright is perceived as a divisive figure in the crypto community. His claims to be Satoshi Nakamoto – bitcoin creator – have failed to convince most people in the cryptosphere. Earlier this month, controversy arose when a leading Bitcoin Cash Developer was banned from relevant slack channels. It appears that Wright may well have played a part in this event also as he took to twitter at the time to suggest that ‘If a certain ABC dev wants to push this, then we will just find replacement Devs. Trust me. There are others’.

Whilst this conflict rumbles on within the Bitcoin Cash development community, a leading Bitcoin ABC developer – Shammah Chancellor – is proposing that sharding be implemented for Bitcoin Cash. Sharding involves a process of organising data to be processed locally. The current computation would have to be changed in order to allow data structures to be compatible with sharding – and thus, the processing of data locally. The Ethereum project have been working on sharding to resolve their scaling issue for some time now. Implementation in Bitcoin Cash would certainly make it more robust and pave the way for it to have the ability to deal with large scale transaction capacity in the future.

With all current blockchain projects being subject to further development, there are clearly many directions in terms of the technical process detail that can be taken. Due to the nascent nature of the technology, it’s logical that the best route forward does not make for ease of selection as there are always trade offs. In tandem with all of that, opinions amongst developers and other stakeholders can become entrenched. The Bitcoin Cash hard fork is scheduled for the middle of November and I’d imagine we will have a clearer picture as to how all this will pan out nearer that time.