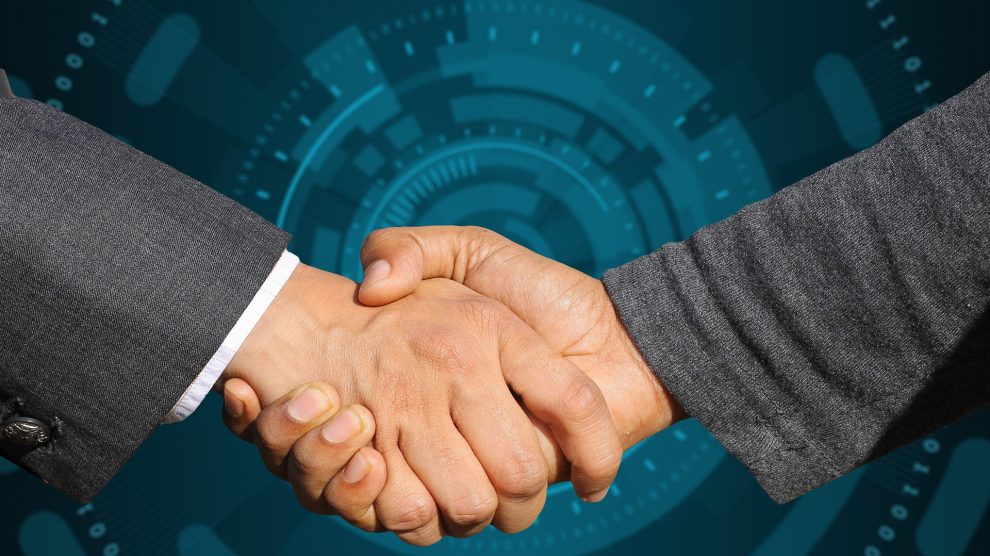 Those who have steered clear of cryptocurrencies for their volatile nature may soon be jumping on the bandwagon, thanks to a growing movement in the cryptocurrency world: stablecoins.

And then there are those both non-collateralized (i.e., no backing) and decentralized — governed by algorithms that function the same way a central bank controls the fiat money supply. One such algorithmically-moderated stablecoin generating a lot of buzz is being developed by a crypto startup firm called Basis.

“For the longest time, I was believing Bitcoin to be the next currency,” Basis CEO Nader Al-Naji commented at Blockstack Berlin back in March. “What I learned is that a fixed-supply currency will always be volatile.”

By “fixed-supply currency,” Al-Naji means that there is a set amount of possible bitcoins that can be mined, due to the algorithm Bitcoin is based on.

Al-Naji founded the company with a cohort of fellow former Google employees. In just over a year, the company has raised an eye-popping $133 million. The cash is coming from investors in North and South America, Africa, and Asia, as well as Australia.

Meanwhile, the most prominent dollar-backed stable cryptocurrency thus far is called Tether. It’s backed by some $2.2 billion in cash. It became so popular towards the end of 2017 that many crypto exchanges around the world saw Tether being used to buy and sell cryptos (instead of dollars).

According to Al-Naji, “Tether is the best stablecoin out there.”

But stablecoin skeptics abound. Tether, for instance, has never allowed itself to be audited, and regulators and investors alike are trying to discern whether it’s a scam. It’s a suspicion that is now being formally vetted. Tether was subpoenaed by the U.S. Commodities Futures Trading Commission in December 2017 to determine, among other things, how closely linked Tether is to the crypto exchange Bitfinex, and the cryptos markets did not respond well.

At the time, Tether was one of the most frequently traded cryptocurrencies in the world, behind only Bitcoin and Ethereum. The Tether subpoena is believed to be among the many factors that contributed to Bitcoin’s (and other cryptos’) steep decline after nearly breaching the $20,000-mark in mid-December.

Al-Naji notes that Tether’s scaling problem is that “it’s a pot of dollars underneath a synthetic currency.” In other words, Tether’s market share is dictated by how much cash it has on hand, and therein lies a critical problem. It’s only scalable as big as its money supply.

An additional scalability issue, Al-Naji notes that “people really only trust a government” — and not a company — to control their currency.

Skepticism for an algorithmically-regulated cryptocurrency such as Al-Naji’s Basis is based on the simple fact that such an algorithm does not seem viable to many in the crypto world. The decentralized nature of cryptocurrencies is an inherent feature that makes cryptos volatile.

But that is precisely the problem the young company and its heavy-hitting investors believe the company is poised to solve.